Hunslet RLFC put in a good performance, but failed to beat a disciplined and professional Bradford Bulls side at the sun drenched South Leeds Stadium today (15 July 2018).

After Workington Town put an end to Hunslet’s unbeaten run last Sunday, it would have been good to bounce back with a win this afternoon. The bumper crowd, some of whom for the first time stood on the Belle Isle Terrace saw a closer match than the score suggests.

Bradford looked to have got off to a flyer when they broke the Hunslet defence to go over after only 3 minutes, but correctly the touch judge informed the Referee of a forward pass and the try was chalked off.

Hunslet retaliated, and found themselves with a scrum 10 yards from the Bulls line. Quick passing and Jimmy Watson coming into the line on a loop gave Gavin Duffy the chance to go over in the left corner. Joe Sanderson as always converted and the Huns were up 6-0.

Bradford now found their stride, and on 15 minutes a kick to Hunslet’s right corner saw the ball palmed down for Ashley Gibson to score. Gibson again 5 minutes later was too strong for Hunslet, barging his way over. Neither try was converted leaving it Hunslet 6 Bradford 8.

Hunslet wasted a chance when Jack Lee broke through, the ball went to Cain Southernwood who rather than take the tackle opted to try a pass that didn’t come off. The ball went to ground and Bradford were off the hook.

The rest of the half saw the sides exchange penalties. Sanderson kicked Hunslet level before a late tackle gave Hunslet the lead 10-8.

Bradford then levelled up, before on the Half Time hooter Chisholm edged the Bulls in front after a Hunslet high tackle.

It was Bradford who came out of the sheds the livelier in the second period. A switch pass to Steve Crossley saw him too big and strong for the Hunslet defence, going over in kickable range to give the Bulls a 10-18 lead.

Hunslet though were not done. A period of sustained pressure on the Bulls’ line looked to have been dealt with after Hunslet had been held up, but in-form captain Duane Straugheir found a gap by the posts that with the conversion narrowed the lead to 16-18.

Now needed to be Hunslet’s time. Cain Southernwood slid a kick through to the Bradford line skillfully dealt with by the Bradford winger, who then beat three advancing Hunslet players. This put his team on the front foot, and aided by a penalty Joe Keyes went over to stretch the Bulls lead to 8 points again.

Hunslet then committed a cardinal sin. Kicking out on the full, Bradford were soon knocking on the door of Hunslet’s line. Former favourite and captain George Flanagan thrives in this kind of area, and got his wish as he wriggled out of the the tackle to put the game beyond reach of the home side.

Hunslet never say die though, and Man of the Match Lewis Reed, along with the bulldozing Michael Haley laid siege to Bradford’s line. Three times Hunslet were held up over the line before Bradford came back down field and Flanagan again showed how to score from close range, giving the Bulls the victory by a flattering 16-36.

So, no end to the 50 years of hurt since Hunslet last beat Bradford back in 1968 but many positives. Jimmy Watson was fantastic, Ashton ran strongly and Williams and Hema look to be good additions. Next week’s game at home to Doncaster is a must win though. Roll on Sunday. 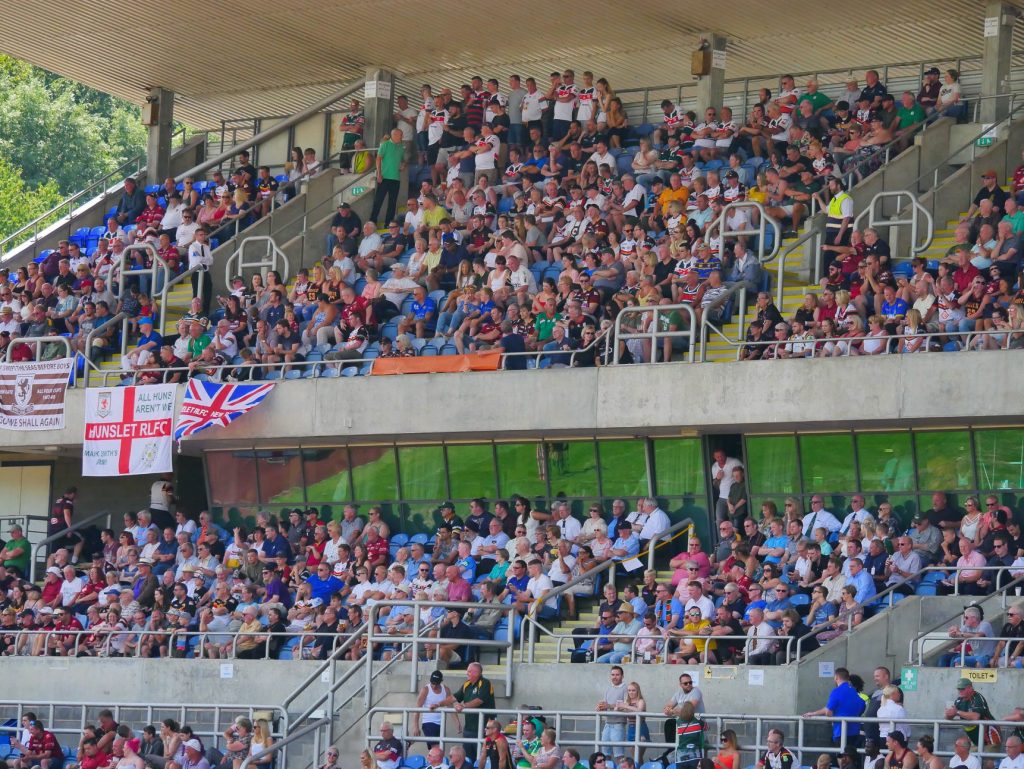 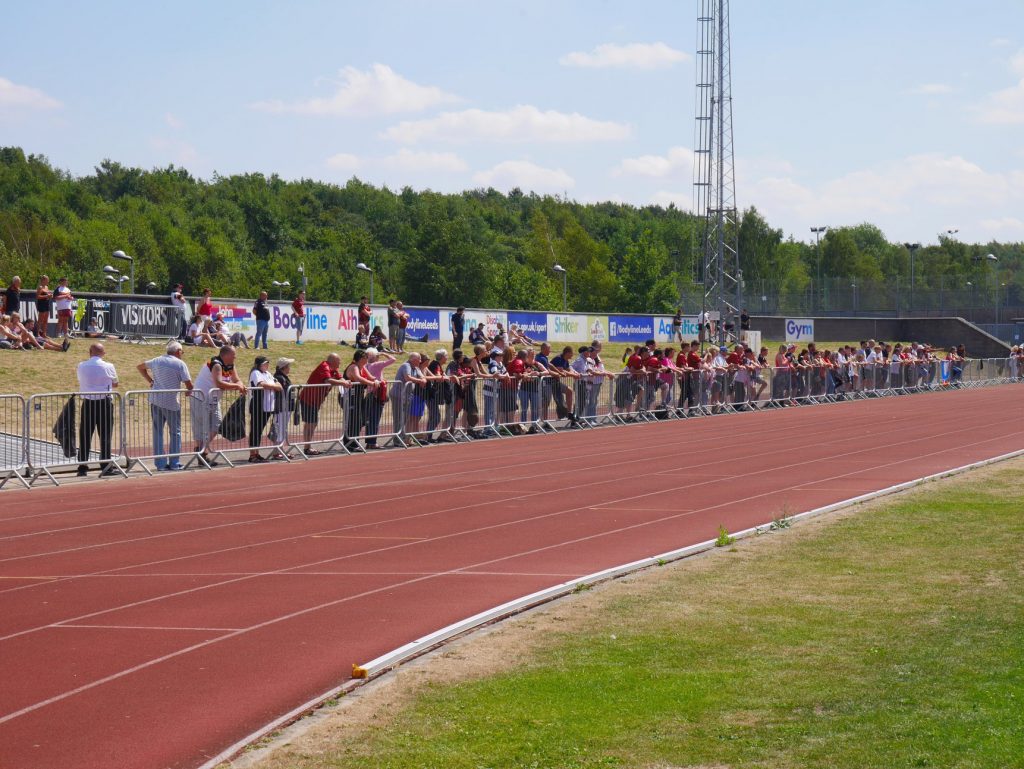 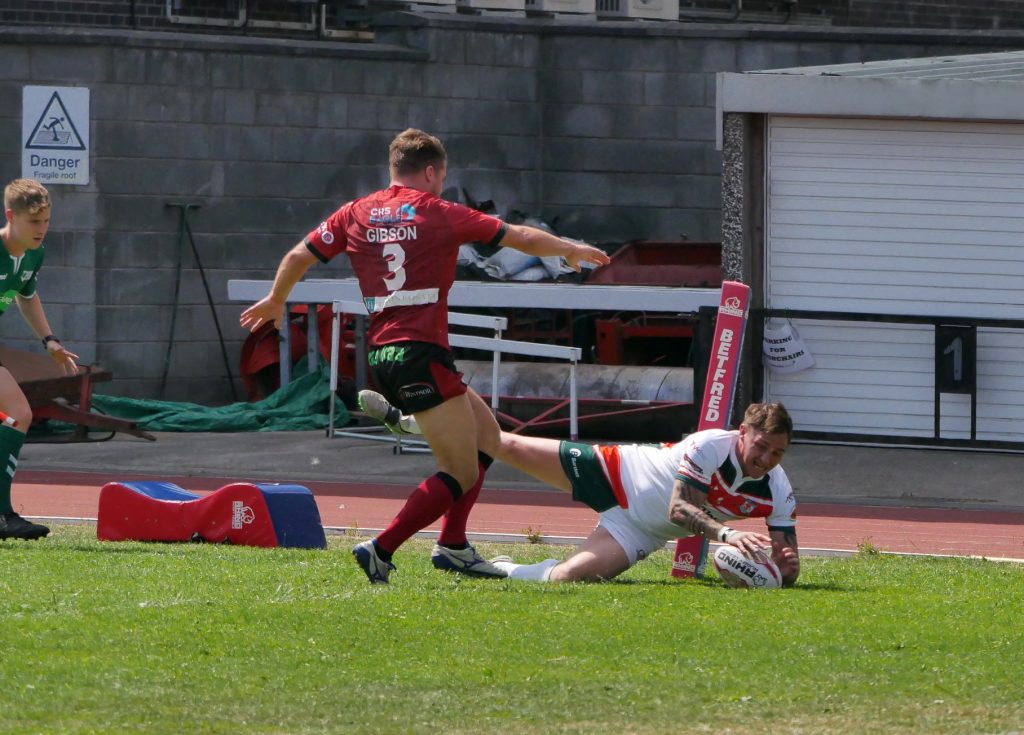 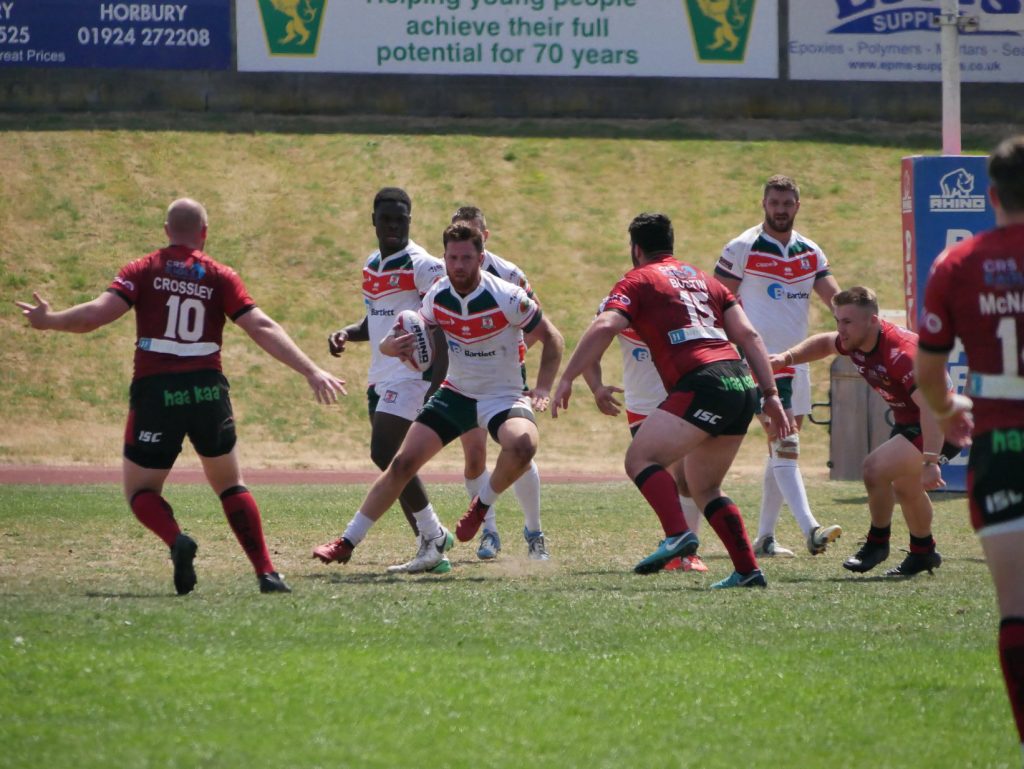 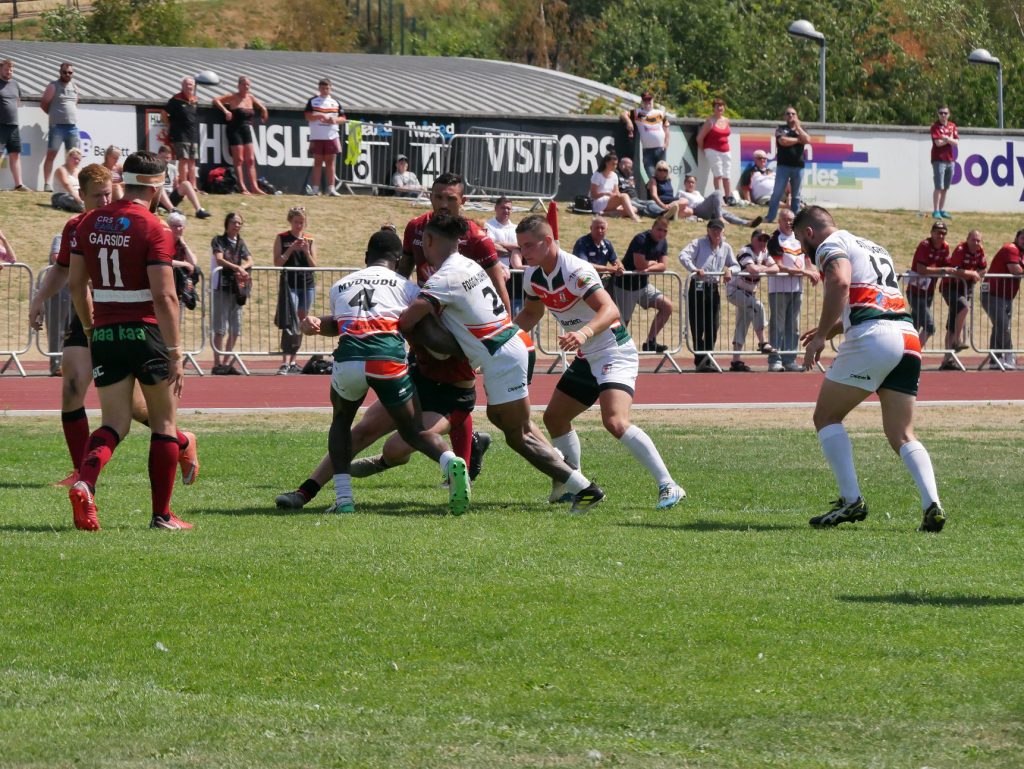 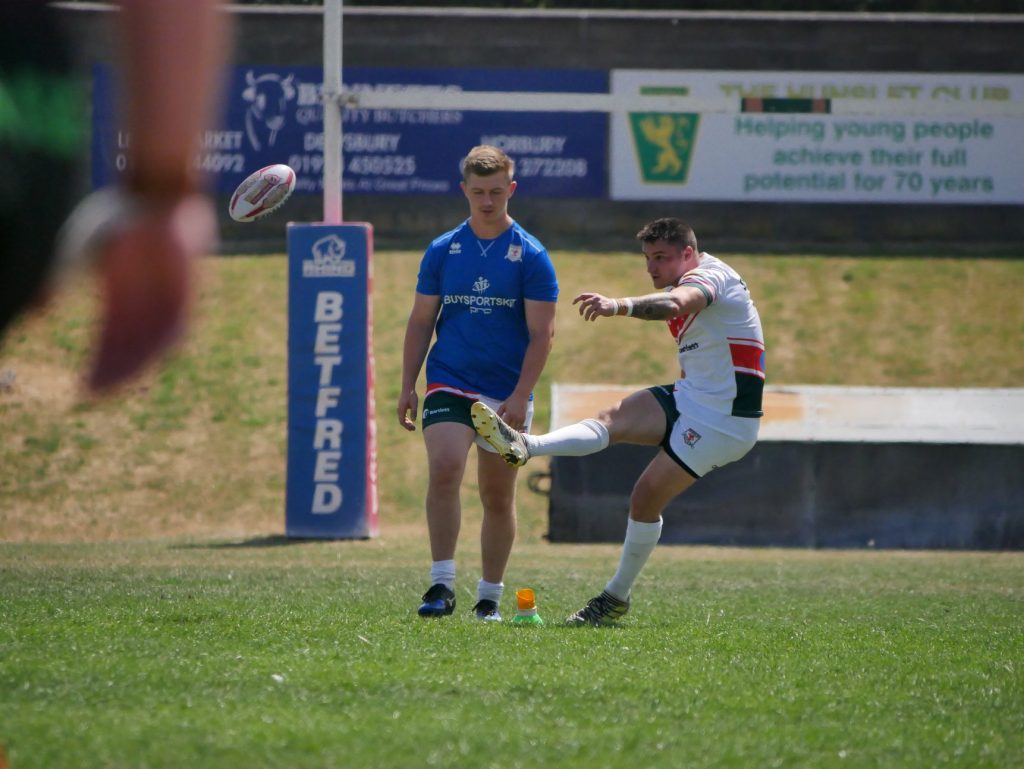 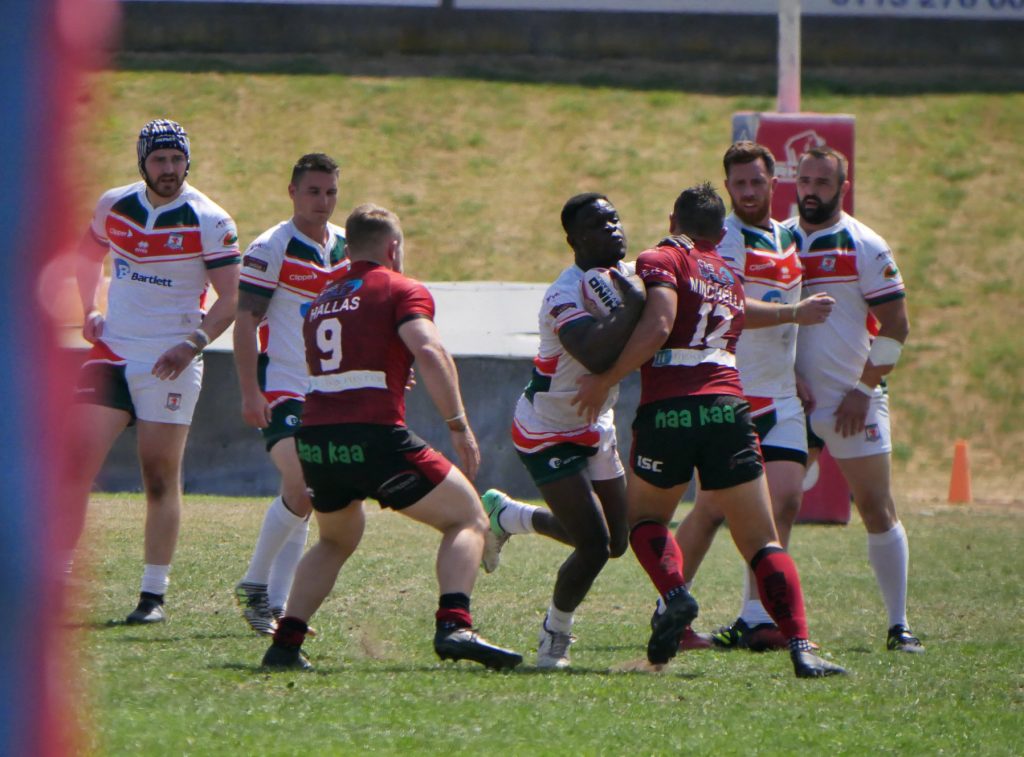 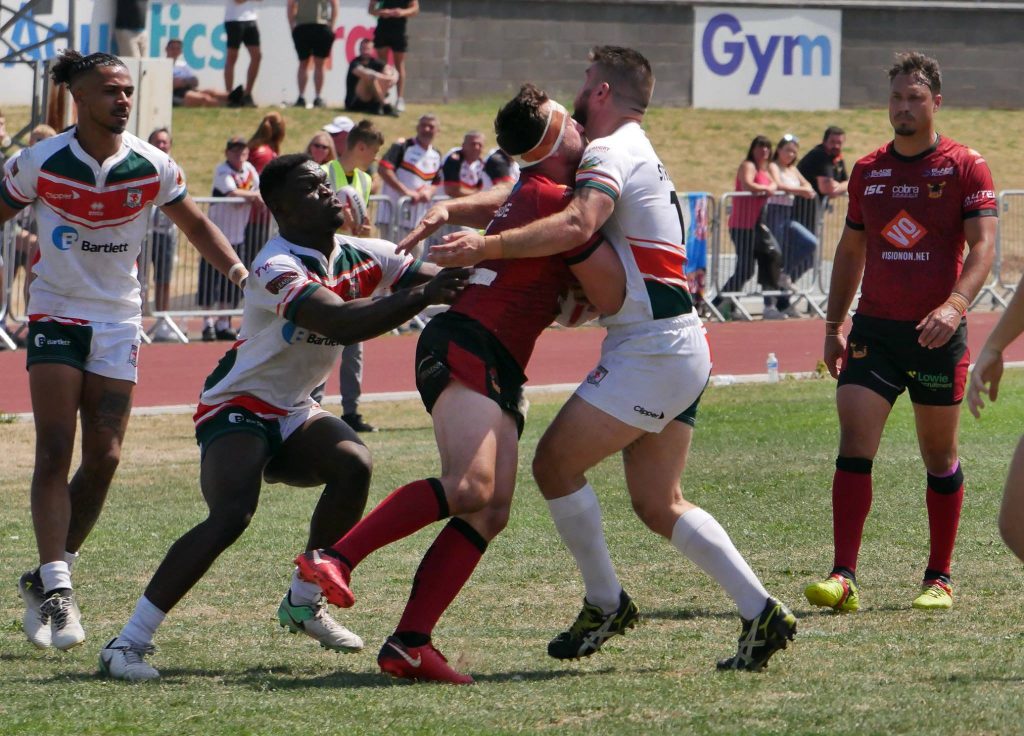