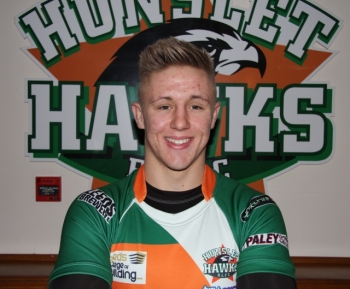 Hunslet Hawks RLFC have today agreed with Gloucester All Golds that 20 year old hooker Casey Canterbury will join them for a month’s loan.

Canterbury 20 was a pre season signing from Castleford Tigers and is a former England academy international, who has found first team opportunities limited due to the Hawks strength in depth in that position and the form of Liam Hood, Captain David March & Matthew Tebb.

He has made 1 appearance so far this season ironically against the All Golds in April.Director of Rugby Darren Williams said “It’s a win win situation as Casey needs some game time and we can keep an eye on his progress at the All Golds, he will train with his new team mates on Friday and come into contention for this weekend’s game for Gloucester at London Skolars.”

Meanwhile the club have suspended winger Lee Mapals pending the results of an internal enquiry into a possible breach of club discipline. A further statement will be made in due course.