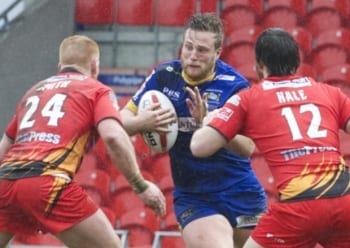 Hunslet Hawks can today announce the signing of Matt Carbutt from Doncaster on a 1 year contract.

Carbutt 30 previously played for the Hawks before spending a year in Australia playing for Tweed Head Seagulls before returning to the UK and joining Doncaster in 2009.

Director of Rugby Darren Williams said “Were pleased that Matt has decided to rejoin us for 2016, he was just developing as a middle unit when he was at the club previously and he now has a number of Championship games under his belt and he’s matured into a seasoned professional. His attitude is first rate and he will be a welcome addition to our squad.”

Meanwhile Williams also revealed that utility back Marcus Elliott has signed a 12 month contract extension keeping him at South Leeds for 2016.