Caretaker coach Roberts gets ‘nasty’ with his pack 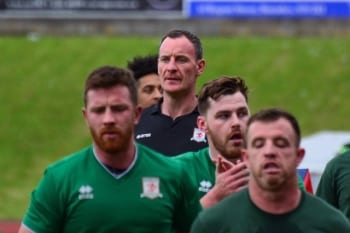 Caretaker Coach Robert Roberts has hailed Hunslet’s players for the way they ended a difficult week.

“It was a pretty turbulent week,” Roberts reflected.

“I wasn’t even at the club on Tuesday and didn’t get to training until Thursday. We had a quiet chat and said what’s happened has happened, all we can control is the attitude we turn up with at training and on game day – and the boys responded really well.”

Roberts, who was an assistant under the previous regime, revealed he had a private chat with Hunslet’s pack before the game, when he called for them to front-up.

He said: “I said to them they’ve been dominated – especially at home – by teams and they need to be a bit more ‘nasty’ and show a bit more aggression.

“They did that and I thought they showed a bit more ‘mateship’. Saying that, we’ve not changed anything we’ve been doing for the past six to eight months – we didn’t change our systems, just played with a bit more aggression.”

Hunslet have no game this weekend when the competition takes a break for the League One Cup final.