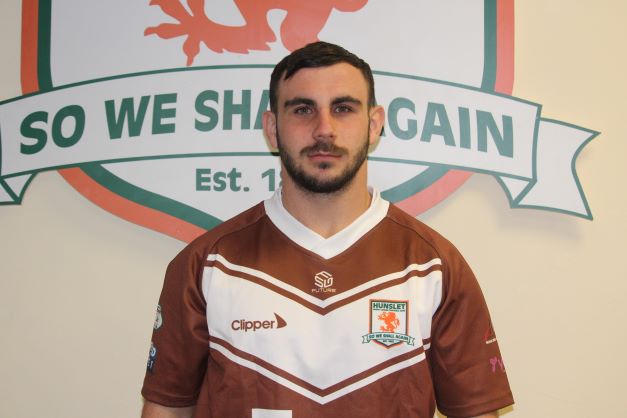 Hunslet’s head coach Alan Kilshaw has given himself plenty of options with the capture of Jordan Paga.

The 20-year-old, who has joined the Parksiders on a one-year deal, can operate equally effectively at halfback, fullback and hooker – and, as a former captain of England Colleges, he has proven leadership qualities.

A product of the famous Huddersfield amateur outfit Moldgreen, he came under the wing of highly-rated coaches Lee and Gareth Greenwood while at the Halifax ERA College side, impressed at Huddersfield Giants Academy, and has also had a spell with Coventry Bears.

He pays tribute to his dad, Lee – a former Moldgreen player himself – for his unstinting support and advice over the years.

Paga, who is 5ft 8in tall and weighs 12st 8lb, enthuses: “I’m joining a really good club at Hunslet, and a very good coach in Alan Kilshaw.

“I’m aiming to be the best I can be, week-in and week-out, and help the Parksiders get right up there again.”

Kilshaw said: “Jordan has been in some very good systems, including at Huddersfield Giants, and is hungry for a crack at this level.

“His dedication to improve and push himself is second to none – he will be a very good acquisition as he can play a number of positions comfortably, and I feel there is a lot of potential which the coaching team need to develop and harness.”