Hunslet head coach Gary Thornton’s squad-building ahead of the 2021 season has continued with the retention of dynamic hooker Nathan Conroy.

The pivot, 25, joined the Parksiders at the beginning of last season and has had no hesitation in signing a one-year deal after having liked what he saw in a campaign cut short by the coronavirus lockdown.

He said: “The season looked like going so well, and I was really enjoying my rugby at the South Leeds Stadium. We were top of the Betfred League 1 table when the rug was pulled from under our feet by Covid-19 but with the group of lads we have at the club, and the squad’s potential, I saw no reason not to sign.”

“It’s only a short trip to Hunslet from my home in Garforth, and everything’s nicely in place really,” added Conway. “I can’t wait to start again in 2021 from where we left off in March.”

Thornton said: “Nathan came in late last season and made a big impression during his short spell with us, so it’s really good news that he is staying.

“He’s still a young man but has great experience playing at this level, and has been at some good clubs during his career. His speed out of dummy-half and his eye for a gap offers us a different dimension at hooker, and he will complement Vila really well in that area.

“He also gives us flexibility as he has played a full season at halfback previously, which gives us some cover in that area should we need it.”

He concluded: “There’s lots more to come from Nathan and I’m hoping he fulfils his potential for us next season.” 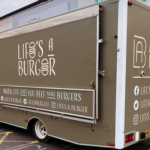 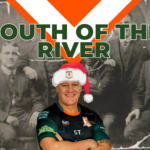 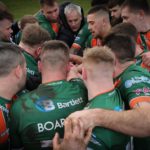