Conroy delighted to be at Hunslet 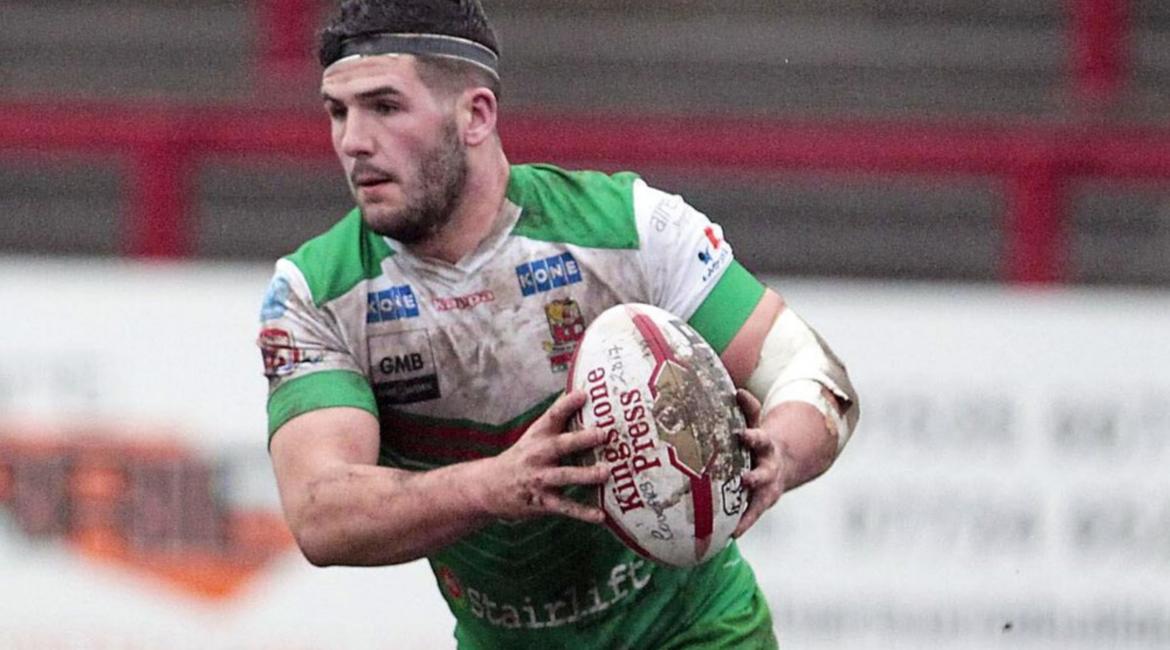 Hunslet’s supporters can look forward to a first sighting of livewire hooker Nathan Conroy when the Parksiders entertain Betfred Championship side Batley Bulldogs on Sunday in a pre-season friendly.

Head coach Gary Thornton has pledged to give each member of his squad at least two run-outs ahead of the 2020 League 1 campaign – and with the Harry Jepson Memorial Trophy clash against Leeds Rhinos on Friday 31 January the only other outstanding game, following Hunslet’s win over Bradford Bulls last week, the hooker can expect to feature in both matches.

The West Bowling product, 24, has penned a one-year deal at the South Leeds Stadium and joins Hunslet from Coventry Bears after previous spells with Bradford Bulls, Keighley Cougars and Dewsbury Rams.

Noted for his elusive qualities, he said: “My game’s based on being able to scoot from dummy-half, and that’s how Gary Thornton sees me operating with Hunslet.

“I think the idea is to start with Jack Lee and bring me on when the opposing forwards begin to tire, when I can make the most of the extra space.

“That’s how I’ve operated for most of my career and it’s an approach that has served me well.”

Conroy was an interested observer when Hunslet beat Bradford last week and admits to having been impressed by the Parksiders’ big pack, with the likes of Zach Braham, Jordan Andrade, Harvey Hallas and Jack Aldous all making regular inroads up front.

Having had to operate on the back foot for much of last season with Coventry, he admitted: “I’ve been screaming out for a big pack for years. There were some very good lads at Coventry but I’m really looking forward to the new season, playing in this side, with very good backs ready to make the most of a strong platform.

“There’s no reason why we shouldn’t be challenging for a play-off spot and for promotion from Betfred League 1 to the Championship.

“We had a decent side at Coventry but we lacked a bit of consistency. My personal ambition now is to help Hunslet gain promotion. I’ve not felt so enthusiastic for a long time, it can be hard when you’re losing regularly.

“My enjoyment’s returned now I’ve joined Hunslet and I’m aiming for a good season, for me and for the club.”

Thornton said: “I’m really happy we’ve been able to sign Nathan for the coming season. He’s a player I’ve always admired, who has always played well against us.

“He played mainly at pivot at Coventry. He will feature in his normal position at hooker for us, but we have the added bonus of him being able to cover pivot if needed.”

He continued: “He’s a different type of player to the hookers we currently have, which gives us more scope there as he is quick out of dummy half and a real threat close to the line. This is a good signing at this stage of the season.”

Sunday’s game, at the South Leeds Stadium, kicks off at 3.00pm. Admission is £10 (£5 over 65s, under 16s free). And the clarion call has gone out for fans to get behind the club, which is seeking to boost income ahead of a public meeting towards the end of the month when a hybrid supporter/privately owned model for the future will be debated.

All packages can be purchased online by visiting hunsletrlfc.com, by ringing 0113 271 2730, or by calling at the club’s offices at the South Leeds Stadium.