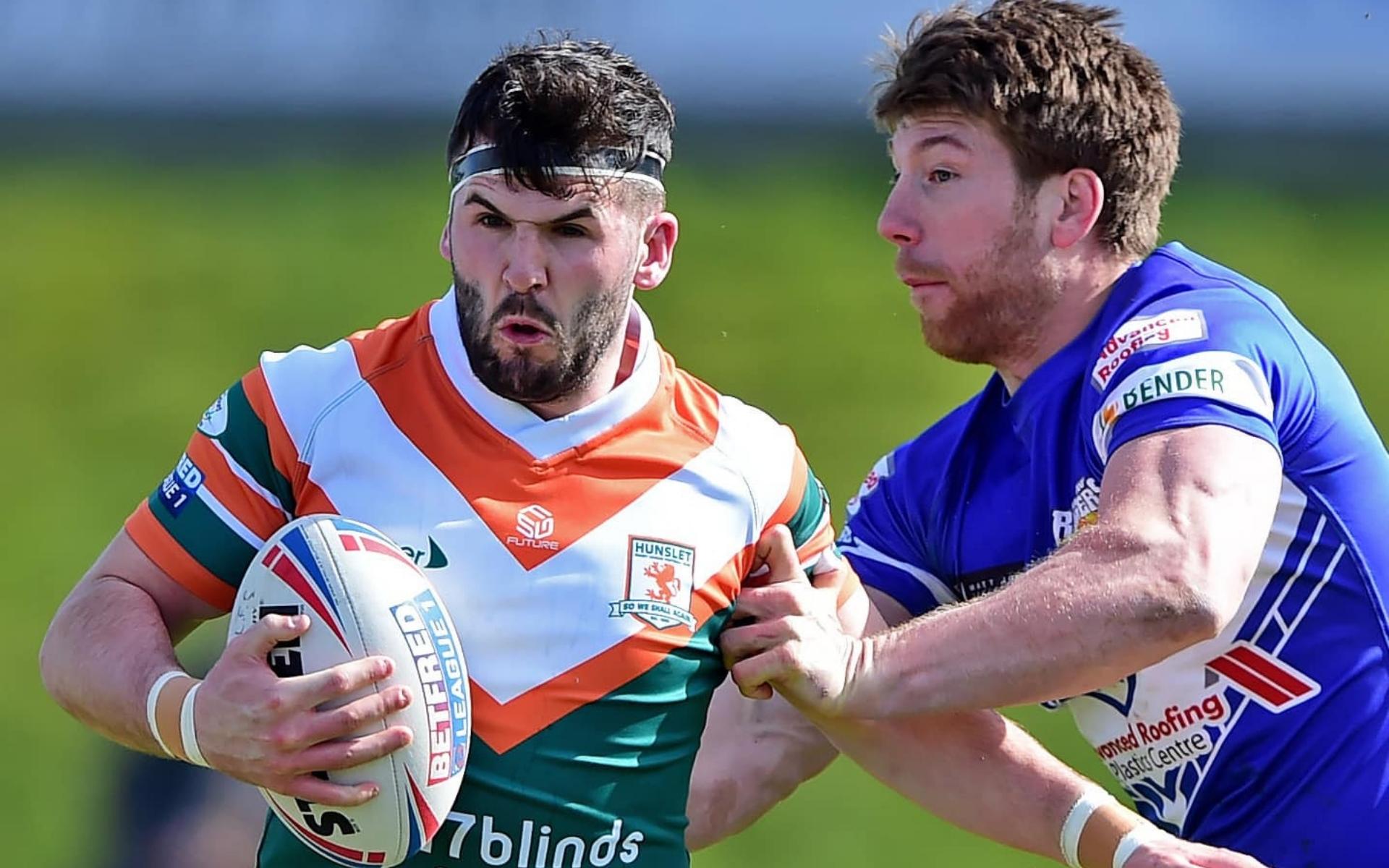 DELIGHTED to be back!

That’s Nathan Conroy, who has agreed a twelve-months deal with Hunslet after having been absent (with leave) since last year.

The 27-year-old, who made his name as a busy hooker, made a big impression for the Parksiders in his previous stint at the South Leeds Stadium and it was with huge regret that he left in the first place. The parting, however, was entirely amicable and was made for the most honourable of reasons.

He explains: “Essentially, I had no real alternative other than to take a season off. I’d quite a few weddings and stag dos, including my own, and I’m busy with my business in Headingley – Resurrection Hair – which I run with my wife Rosie (she’s the hairdresser and I’m the barber). It just wouldn’t have been right to have signed a deal and then missed half the 2022 campaign.”

So Conroy took a sabbatical, only for fledgling Rugby League outfit Cornwall to come calling. “I signed for the Choughs in the spring,” says Conroy. “Their coach Neil Kelly was happy to accommodate me having to miss a few games, and he was also keen to play me at halfback. I’ve usually played at hooker (for a long time in fact, I’ve been a professional for ten years) but I really enjoyed it in the halves, where I relished the different responsibility

“It was a really good experience at Cornwall but the travel, given my business responsibilities in Leeds, was an issue and I needed to come back to the north. Hunslet, where I’d really enjoyed it, was the obvious option and it was an extra bonus when head coach Alan Kilshaw said he, too, wanted to play me at halfback.

“I’d filled in there for Hunslet when we had a spate of injuries a couple of seasons ago, and it will be good to take on that role again. And it will be great to get a proper pre-season under my belt. That will obviously stand me in good stead for the 2023 campaign when I’m aiming to make a big contribution to our bid for promotion.”

Kilshaw said: “We are delighted to bring Nathan back to the club after a really good campaign with Cornwall. His performances at half in a team that was in its infancy, and which struggled at times, caught the eye of several teams but his connection to Hunslet and his local roots was a strong reason for his return.

“He will feature in the halves for us but can also cover at 9; in his short time with me in 2021 he played half in three games and we won them all (Doncaster, London Skolars , West Wales) so that’s a good sign for us!”

`Killer’ concluded: “He actually came to the club as a halfback originally, after playing well for Coventry, so we believe it’s his natural position. He can defend tough and he has a very good kicking game, two features that are important for halves. Nathan has a lot more development in him, which is an exciting prospect, and a key factor for us is that he is a local, and is proven at this level.”