Coyle glad to get monkey off his back 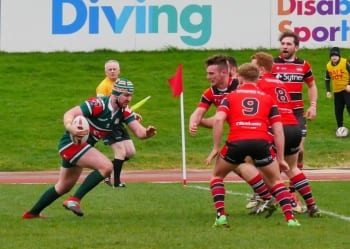 Head Coach James Coyle says Hunslet have got a monkey off their backs.

After losing their three pre-season games and in the opening stage of the League One Cup, Hunslet stormed into today’s Ladbrokes Challenge Cup fourth-round draw on the back of a 34-0 home win over Coventry Bears.

It was a morale-boosting result ahead of this Sunday’s Kingstone Press League One opener at home to Gloucestershire All Golds, and Coyle said: “It is always good to get your first win.

“We have got the monkey off our backs and it was a massive improvement. That’s what we will be taking out of it.

“It was not a perfect performance by any means, but it was a lot better than we have been.”

Coyle said he was pleased with his team’s attitude and intensity. “If you are low on that it is worrying because you can’t really coach those things,” he said.

“The players have to bring those themselves.

“Maybe that’s not been there the last couple of games, but we questioned the players and they answered pretty convincingly. It was a good team performance and they worked hard for each other, which is what we asked them to do.

“They showed pride in their goalline and that’s something we spoke about.”

Prop Michael Haley is a doubt for Sunday’s game after suffering a hamstring injury.