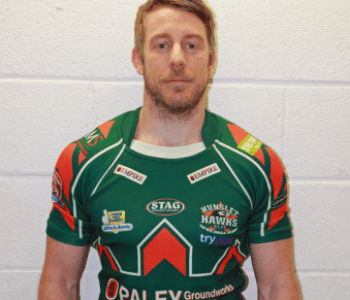 Hunslet Hawks RLFC have today signed winger Stewart Sanderson until the end of the season.

Cumbrian born he has recently been playing rugby union for Pontefract and has joined the club until the end of the season.