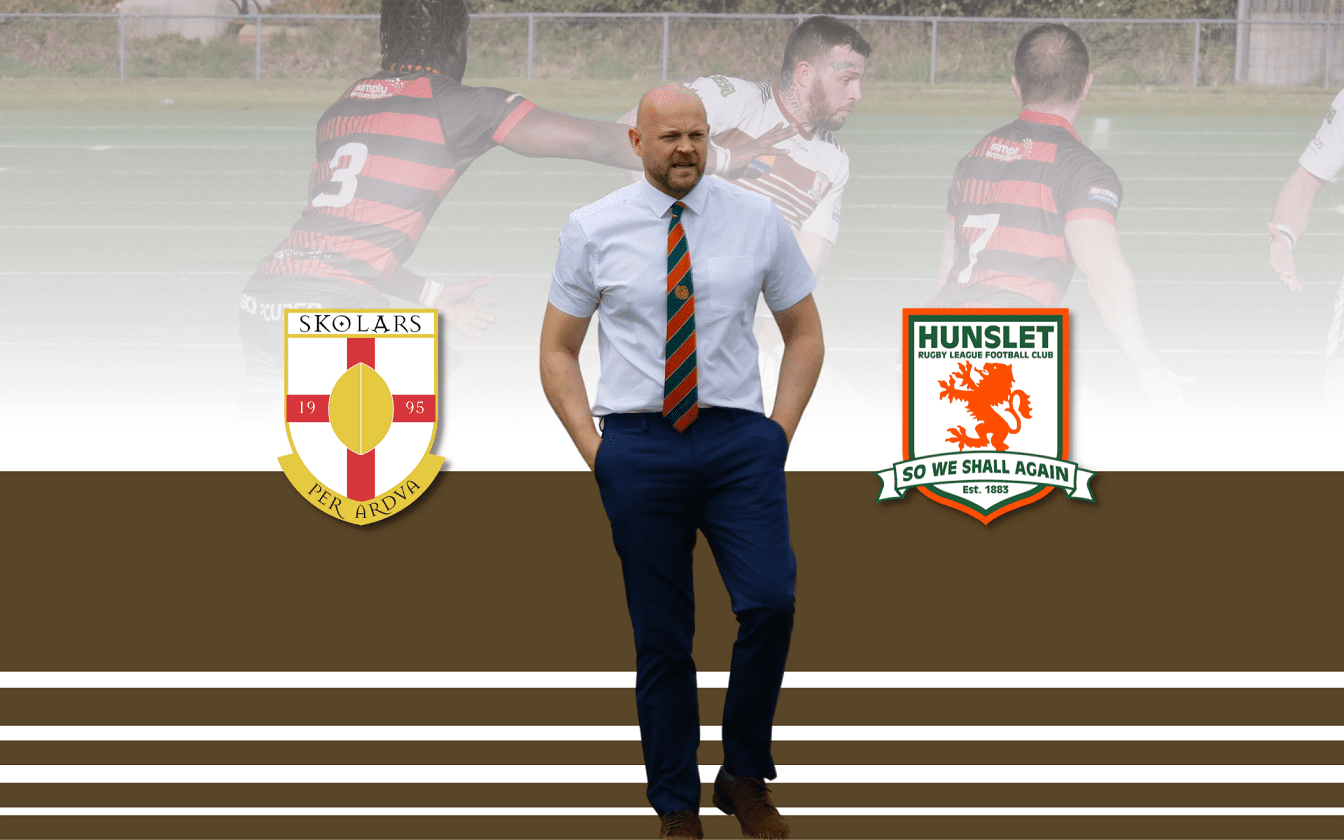 Head coach Alan Kilshaw is determined that his players will not rest on their laurels after opening the 2022 Betfred League One campaign with a 28-10 win at London Skolars.

The Parksiders, who lacked captain Duane Straugheir, who has undergone a hernia operation, prevailed with a very young pack – perhaps the youngest in the club’s history – and trailed 10-4 at the break on Saturday, with only a Joe Summers try to show for their efforts. But the tables were turned in the second period, with Jack Mallinson scoring a try and four goals and other touchdowns going to Jason Mossop, Dave Gibbons and Harvey Whiteley.

Hunslet’s cause wasn’t exactly hindered by the dismissal of the Skolars’ Charles Hammond midway through the second period for a dangerous tackle and the sin-binning of Richard Wilkinson with thirteen minutes left for a similar offence.

Kilshaw said: “We’ve got to make sure we learn from the game, and not just focus on the fact that we won.

“We were pretty poor with the ball in the first half but our defence was good and we only conceded one try, other than an interception score which came from a poor pass.

“In the second half we did enough to win, but we have to get rid of our inconsistencies and do what we practice under pressure. A run of regular games coming up will help, but I was impressed by the players’ desire to work for one another, especially in defence. We put ourselves under pressure though and, as I told them at half-time, you can’t defend all day and expect to come away with anything.

“I also told the players at the interval that it would be a long journey home if we lost, but once we got into our rhythm we were ok. The Skolars’ dismissal, followed by a sin-binning, obviously helped us, and I think a contributory factor in those cards was that London were tiring.”

He concluded: “It’s always a difficult game at the Skolars – setting off at 9.00am in the morning and returning home late at night isn’t easy, for starters – and they were a different proposition to the team that lost at home to our amateur neighbours Hunslet Club Parkside in the Betfred Challenge Cup. They’ve signed three players from London Broncos and they’ve snapped up an Australian fullback, Jarred Bassett from the local leagues, who looked very good. But we came up with a win, with a very young pack in which Ethan O’Hanlon was outstanding and showed no little skill. And we’ve no injuries from the game to speak of.”