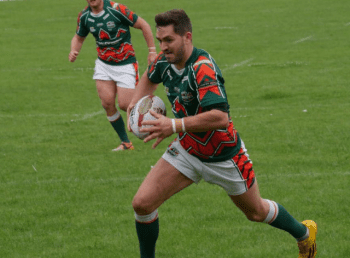 Hunslet RLFC can today announce that halfback Danny Ansell has signed a 12-month contract extension keeping him at the South Leeds Stadium for the 2017 season.

Danny 25 signed for the club from Wakefield Wildcats in 2012. He has had an impressive season this term, cementing his place in the starting 13 and scoring an impressive 93 points in his 22 appearances.

Ansell who is sponsored by Beth Hampshire & Lewis Hyde was part of our 2014 Grand Final winning team. He has made 67 appearances for the club scoring 13 tries and 213 points in total.

Danny commented “Hunslet is a great club & a great place to play rugby so I’m delighted to have signed a new deal to stay here.

“I’m excited about the coming year ahead & I’m certain we will be pushing for promotion again next season.”

Director of Rugby Darren Williams said “Danny has had a consistent season and for the first time since he joined the club in 2012 has cemented his place in the team.