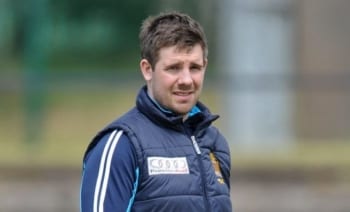 The Kingstone Press League One club began pre-season last week and Coyle likes what he has seen so far.

“They are a good bunch of lads, that is the biggest thing I have learned about this squad,” he said.

“Nothing is going to come between them.

“If we can get them working hard together they will be quite a tight little unit.

“That is important. The lads are best mates as well as team mates. That’s something that shines through and I am excited to work with.”

Coyle – who started his career at Wigan Warriors and also played for Widnes Vikings, Oldham, Barrow Raiders and Workington Town – featured for Hunslet in their 2014 League One promotion final win over Oldham at Headingley.

He left after that to join Whitehaven, initially as assistant-coach, but stepped into the hot seat when team boss Steve Deakin quit on the eve of the 2015 season.

Coyle kept the Cumbrian outfit in the Championship at the end of his first campaign in charge, being nominated as the division’s coach of the year, but was sacked three months ago as they headed for the drop.

The 30-year-old’s appointment – in place of Matt Bramald – was confirmed the day after Hunslet’s final game of 2016. They finished seventh in League One, having been relegated the previous year and will go into 2017 with a change of name – dropping the Hawks suffix – and new personnel on and off the field.

“It probably ended on a bit of a sour note last season, but it is good to be back involved,” Coyle said of his return to the sport.

“A big attraction was the fact it is a clean slate. They’ve changed the name, changed the badge and changed the sponsors and there’s a few new faces involved in terms of behind the scenes.

Hunslet found the going tough last season and Coyle expects the competition to be equally intense in 2017.

New Canadian outfit Toronto Wolfpack have recruited strongly and relegated Whitehaven and Workington will both be determined to make a quick return to the Championship.

Coyle observed: “The league is getting better every year.

Coyle will be assisted by Deakin, who he feels could be the ace up Hunslet’s sleeve.

“He has a vast amount of experience, which is something you can’t buy,” Coyle said. “He has been in the game 30 years and he has coached at every level, here and in France.

“There’s not much he hasn’t done in the game and we get on really well.

“We have had a 10-12 year relationship and it is good to be working with him again. He is a great fit for me and having him here bodes well for the club.”