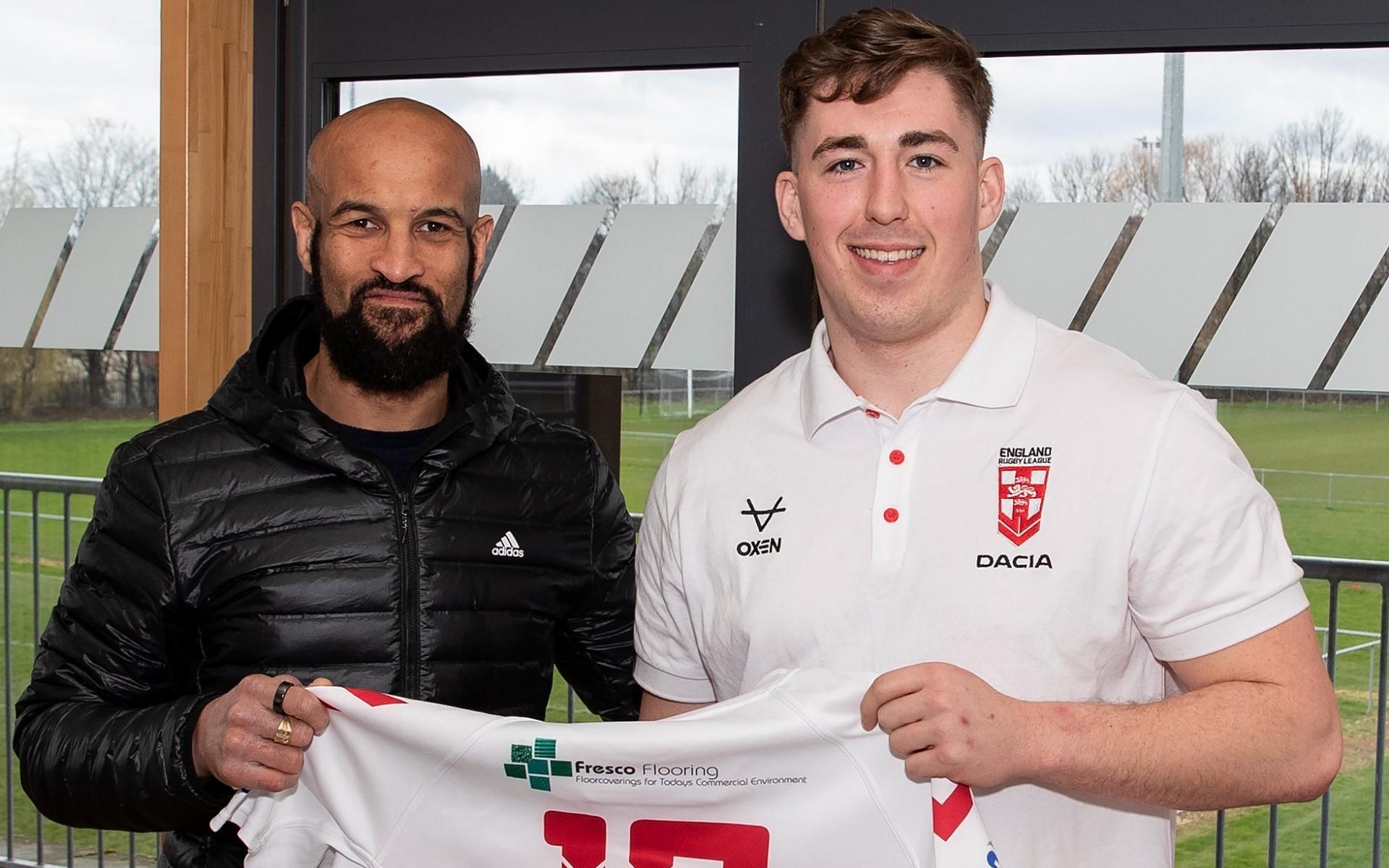 NATHAN NEWBOUND, who has signed a one-year deal with Hunslet, doesn’t mind admitting that the pull of family connections was important in his putting pen to paper with the Parksiders.

The 22-year-old forward, who is equally effective at prop, second row or loose forward, enjoyed a real career highlight back in late July when, as part of an enthusiastic Midlands Hurricanes side, he was part of the team that pulled off a stunning 24-0 victory at the South Leeds Stadium.

But Newbound had even more cause for celebration that night. Along with his father and granddad he was presented, post-match, with his great-grandfather’s heritage certificate.

Nathan’s Newbound’s great-granddad was none other than Sam Newbound, who starred in the second row when Hunslet, as table-toppers, beat Leeds 8-2 before 54,000 at Elland Road in the 1938 Championship Final; Sam Newbound also featured in one of the Parksiders’ greatest-ever victories, when the 12-man Parksiders stunned a 22,000 crowd by recovering from 8-5 down to win the 1946 Challenge Cup quarter-final at Salford 15-8. Less happily, he was in the team that, because of a disallowed try, controversially lost the subsequent semi-final against Wakefield Trinity 7-3 at Headingley in front of a 33,000 attendance.

Hunslet’s new capture reflects: “It was a great occasion being part of the Hurricanes team that pulled off such an impressive win at the South Leeds Stadium. But the evening was made even more special when we received my great-grandad’s heritage certificate.

“It feels very special following in his footsteps, and that was definitely a factor in me signing. I’ve always been very aware of his achievements, and of how proud the family is of him. I’m excited about also committing to the cause, putting a lot of family pride into my contribution, and about Hunslet again having the Newbound name on the teamsheet.”

Newbound, who has also played for the Leeds Rhinos and Wakefield Trinity Academy teams, plus Sale Sharks rugby union, continued: “Regardless of that win by the Midlands, who will always hold a place in my heart, I’m delighted about making a step up, and I’m looking forward to playing under Alan Kilshaw, who is building an impressive young team. The side was unlucky to miss out on the play-offs last season (we had a part to play in that, at the Hurricanes, sorry!) and I want to help us to kick on. I don’t see why we shouldn’t make the play-offs and even finish in the top three; there’s no reason why not if we play to form.”

Kilshaw said: “Nathan had a real breakout season last year for the Hurricanes and was someone we tracked through the campaign.

“We identified him early as someone who would bring to us the size and power we are keen to recruit; he carries tough, dents the opposition and can also offload.

“He has good hands for a big fella and we feel that In our environment we can build on the opportunities he has had with the Midlands, and further develop his game. And he is another player whose historical and heritage links makes the signing even better.”