Hunslet RLFC are delighted to announce that long serving full-back and fans favourite Jimmy Watson has signed a new two-year contract extension with the club.

Watson, originally joined the Parksiders on dual registration in January 2013 from Leeds Rhinos, but following an impressive 2014 season with the club signed a permanent contract.

He has been an ever present at fullback since putting a number of tremendous displays over the years including helping the club to secure the 2014 league 1 Grand Final and winning every award at the 2015 end of season awards.

He made 24 appearances for the Parksiders during the 2018 Betfred League 1 campaign scoring 8 tries and regained the form that had made him a firm fans favourite at the South Leeds Stadium.

His efforts on the field were recognised by his fellow team mates as he was voted ‘Players Player of the Year’.

Gary Thornton was delighted that the local hero was committing his future to the club “Jimmy has given fantastic service to Hunslet, and is a massive fans favourite because of his wholehearted displays week in week out.

“He’s a hugely popular member of the group, so I’m delighted he has signed for a further two years.

“He was in terrific form last season prior to his injury at Whitehaven, and we missed his presence at the back end of the season.

“He has a fantastic work rate, he’s brave and a real attacking threat from the back, which makes him one of the best full backs at this level.

“He is instrumental to everything we are trying to build for our future, and is Hunslet through and through.”

Jimmy was delighted to be extending his stay at the South Leeds Stadium to take him into his 7th season “I am very happy and excited to have signed another two-year deal with such a great club, a club which I class as my second home.”

“The supporters we get down at Hunslet are outstanding home and away.

“I’ve loved every minute of my time here so far.

“My family love coming to Hunslet as there is a real family atmosphere, so it made my decision to stay an easy one.” 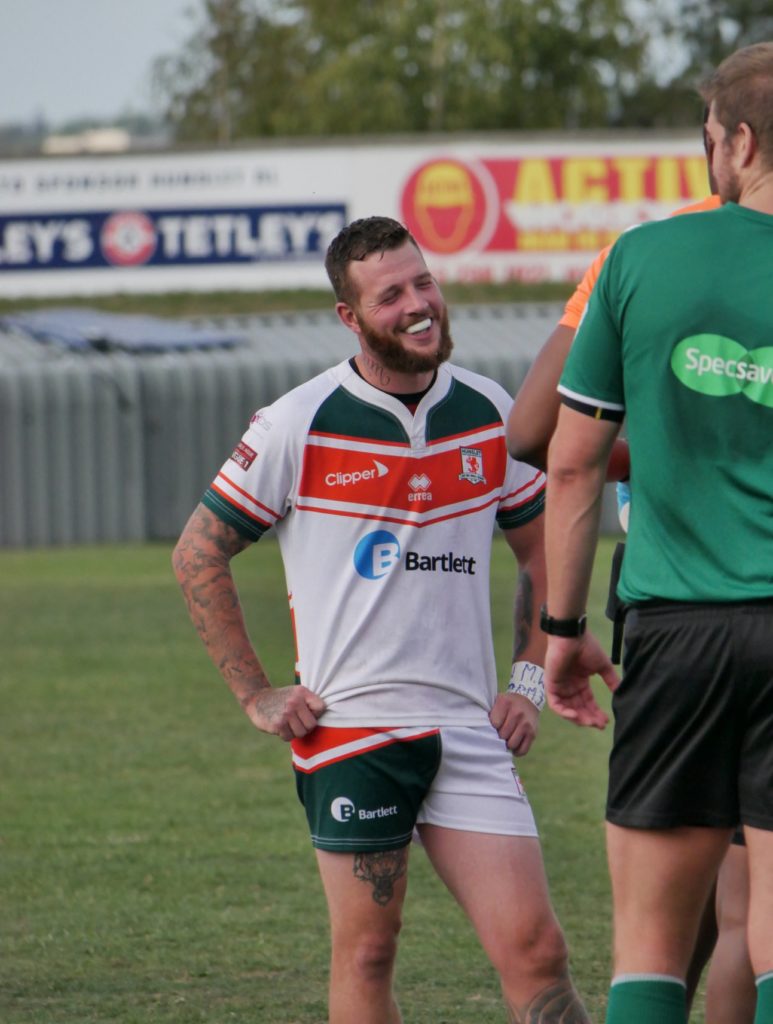