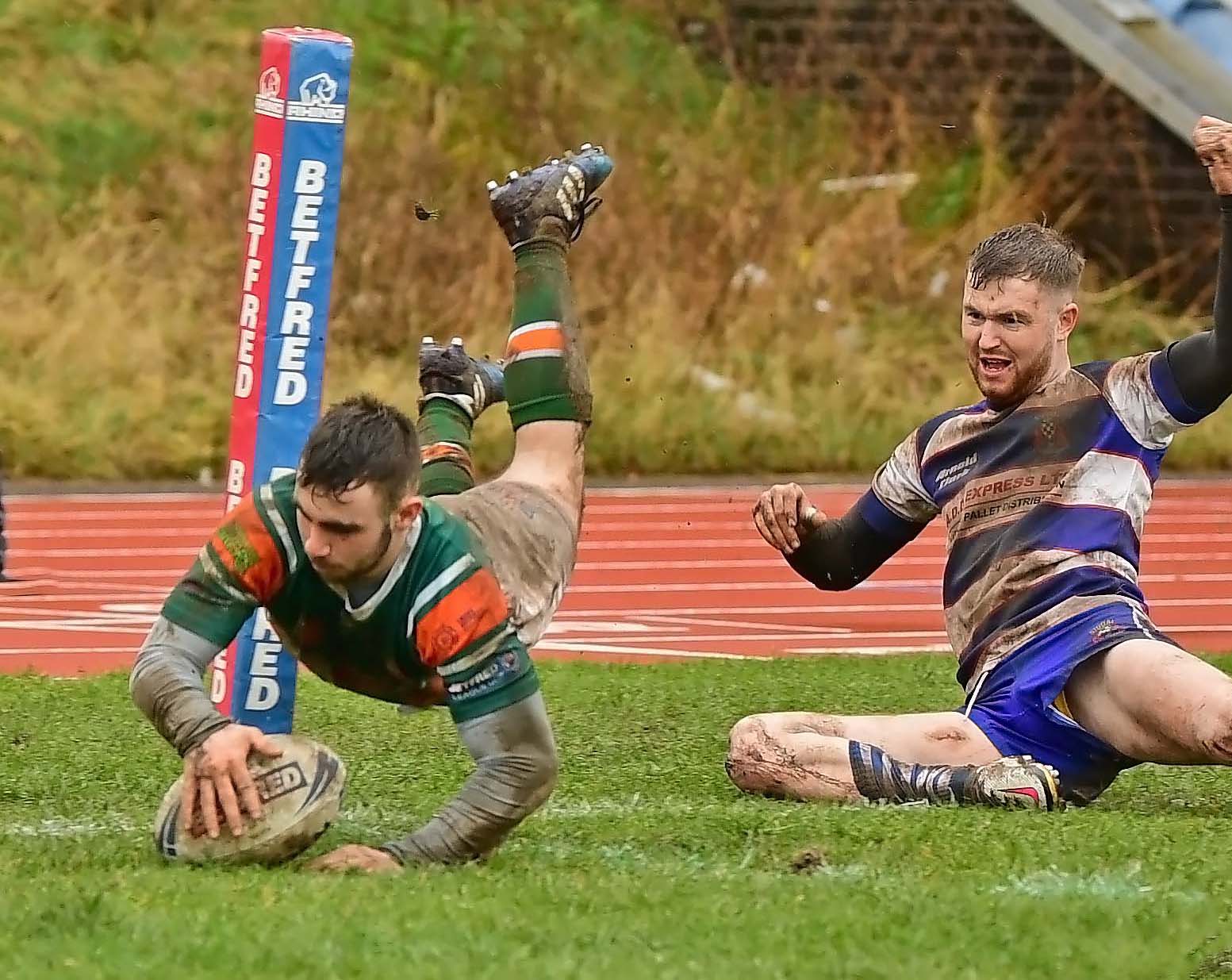 The Parksiders have now secured a 4th Round tie away to North Wales Crusaders who today overcame Swinton Lions, but it was a slog at times as the National Conference team gave their all with only 12 players for a large part of the game.

The weather was awful prior to kick-off and the pitch looked heavy, but this didn’t stop Siddal who shipped the ball out quickly to their right winger Sam Walsh, who looked a certain scorer before Jimmy Watson’s try saving tackle kept the Hunslet line safe.

That early shock, in only the 3rd minute, spurred Hunslet and on 9 minutes Watson turned from saviour to supplier as his ball sent Jordan Paga over in the right corner. 4-0

Hunslet now started to dominate and were unlucky not to profit from a David Gibbons kick that was just a touch heavy. The game swung though on 20 minutes when Siddal player Ian Davies was sent from the field for a swinging arm in the tackle. Now surely it was advantage Hunslet.

The Parksiders made use of the numbers when David Gibbon’s kick took a deflection and Jimmy Watson was there to sweep up and score. With Mallinson adding the extras it looked an uphill task for Siddal.

Up until now Hunslet had been great with ball possession, but with the rain continuing mistakes started to creep in. A dropped ball in their own half invited Siddal to put on some pressure, but forward passes were their undoing and although again Jimmy Watson saved Hunslet clearing up a dangerous kick, the Parksiders went in 10-0 at the break.

Coach Alan ‘Killer’ Kilshaw said in his after match interview that he gave the lads a ‘Rocket’ at half-time, feeling Hunslet had got sucked into a battle. This worked as on 45 minutes a clever Jack Mallinson kick was fumbled by a Siddal defender and Jordan Paga pounced to score his second of the afternoon. 14-0.

But Siddal kept at it, and on 50 minutes Jamie Greenwood surged over from close to reduce the arrears to 14-4. The Halifax outfit could now smell a chance, and good pressure tested the home defence. A chance presented itself in the left corner but the Siddal player fumbled the ball at the crucial moment.

The game was put to bed on 71 minutes when a Jack Mallinson ball sent Jack Render through, it looked like Render had held on for too long, but eventually a pass came and Jordan Paga completed his hattrick, Joe Sanderson adding the extra’s from the touch line. 20-4

A lot of good work again came from the Hunslet pack. Joe Summers and Sam Moorhouse were outstanding as was Duane Straugheir, but it was the little half-back Jack Mallinson who scored next dummying to go over by the posts. 26-4.

Siddal now were out on their feet after a valiant effort and Hunslet rounded off the day on the hooter as Joe Sanderson put a pin-point kick to the corner, where Jordan Paga leapt up to claim his 4th try of the afternoon and the Man of the Match award.

30-4 may well have flattered Hunslet against a 12 man amateur side, but truthfully Siddal would give most League 1 sides a game and would probably beat many of them.

But it’s Hunslet who progress, and with 3 wins from 3 and only 3 tries conceded there is much to be happy about the Parksiders start to the season.

Hunslet will take on North Wales Crusaders away in the 5th round of the Challenge Cup on the weekend of 26/27 February. 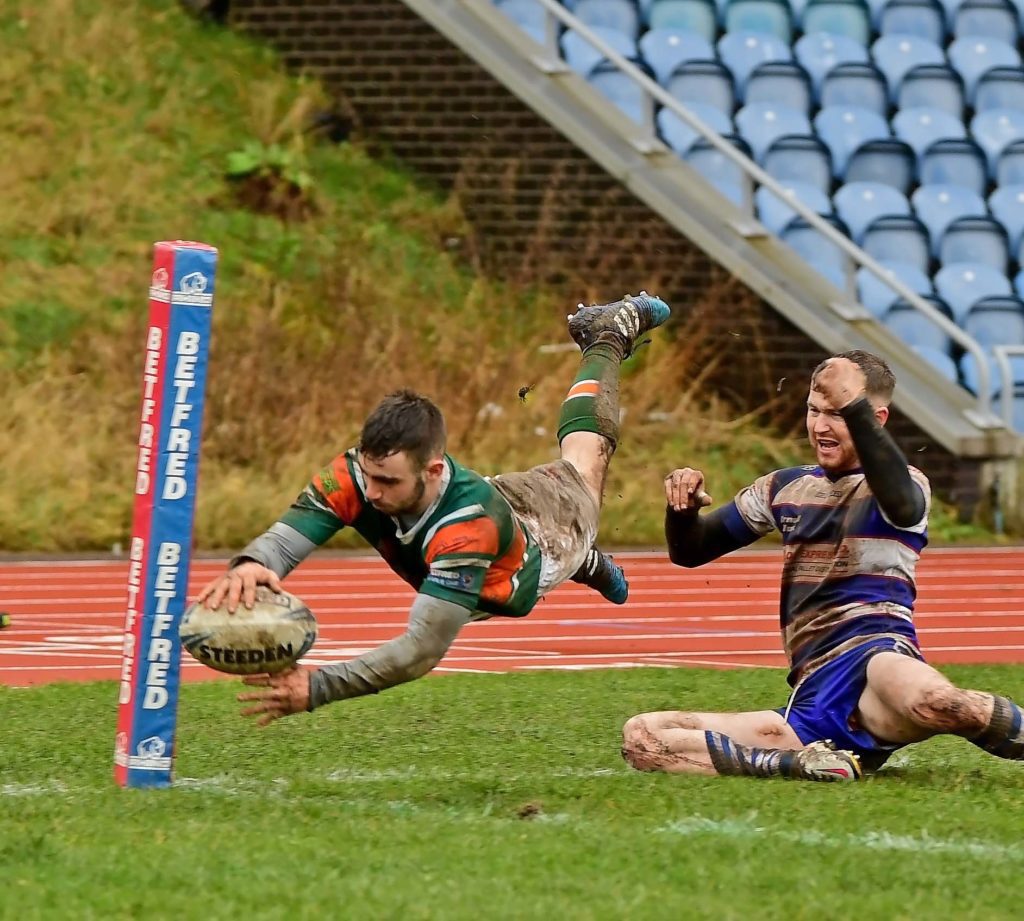 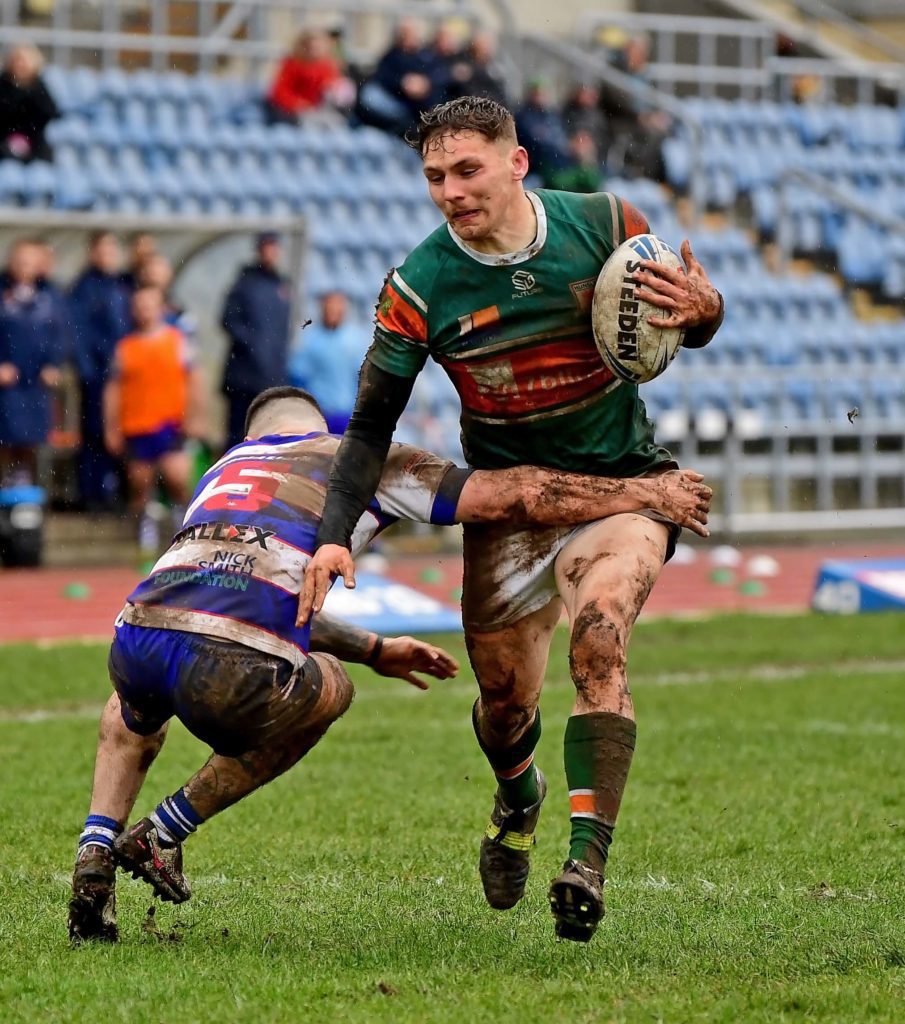 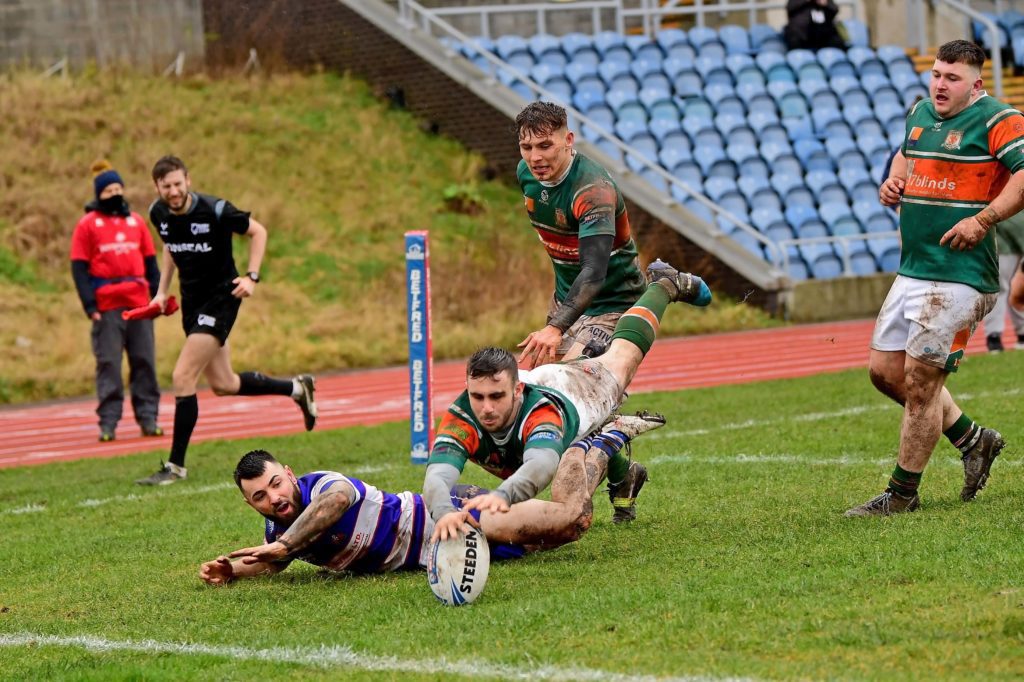 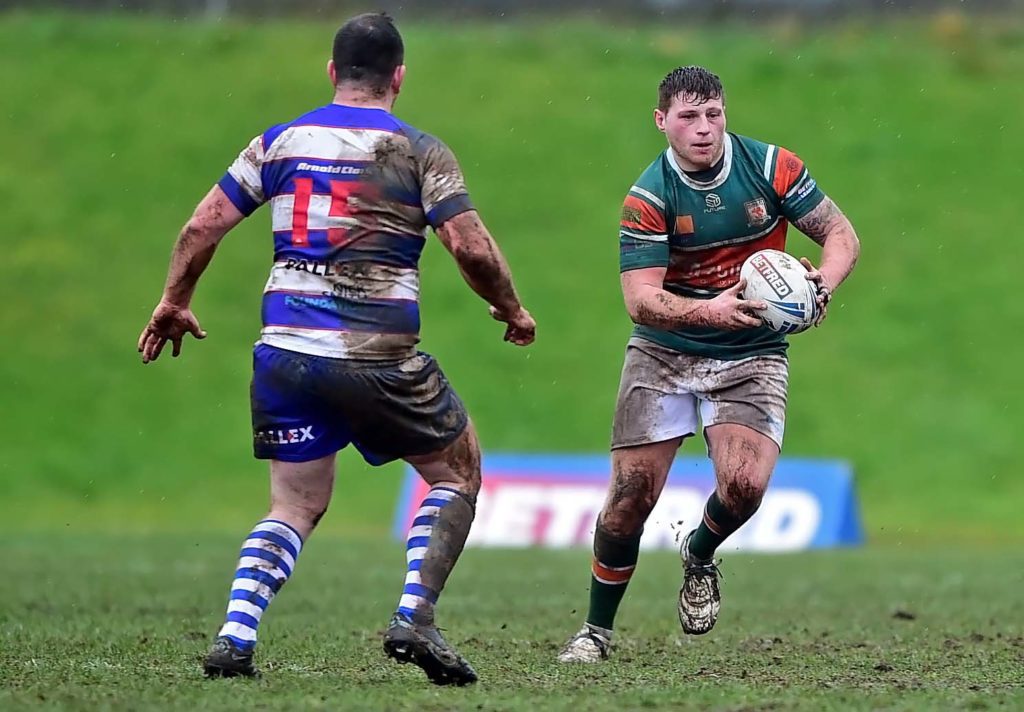 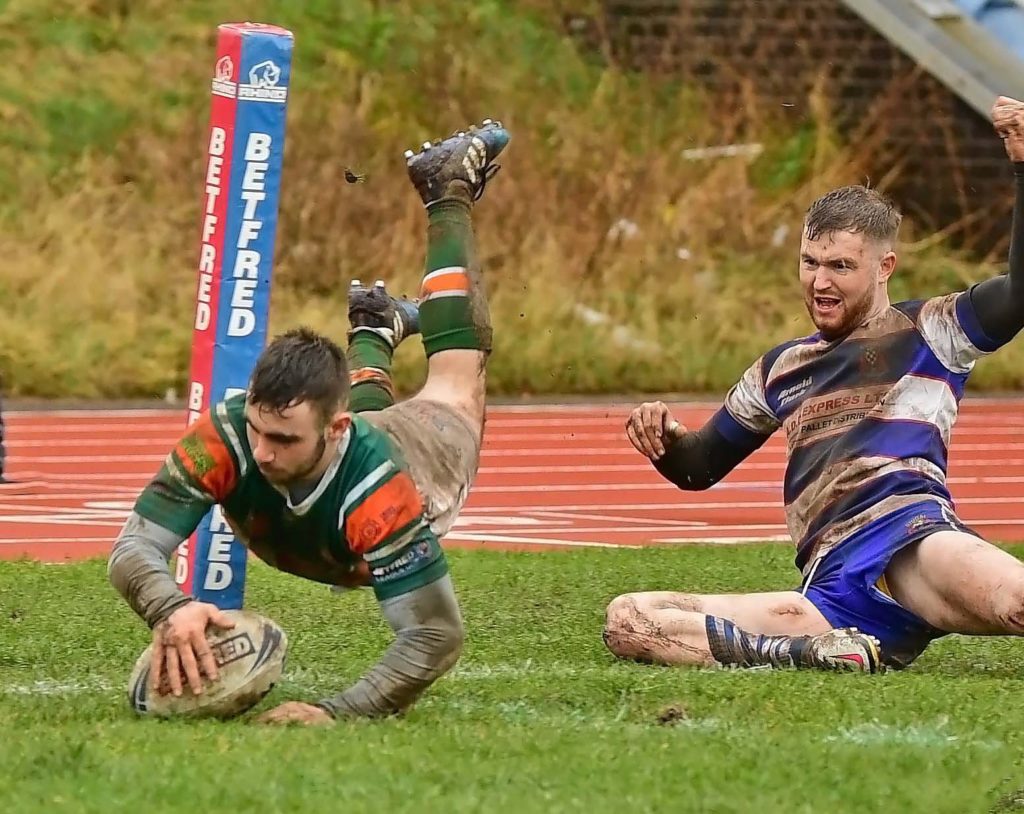 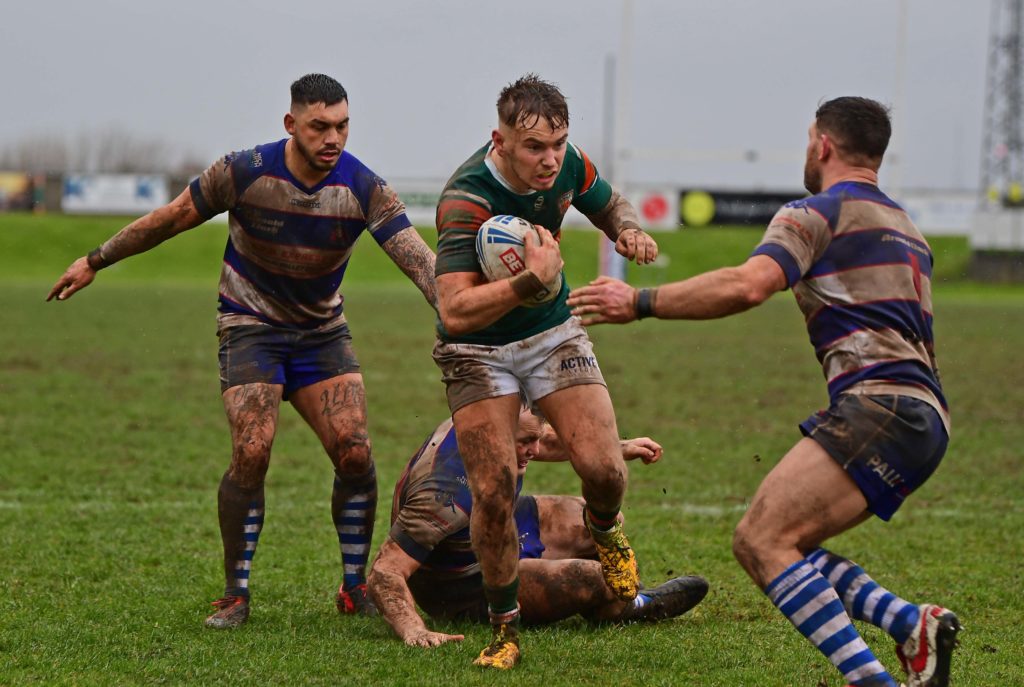 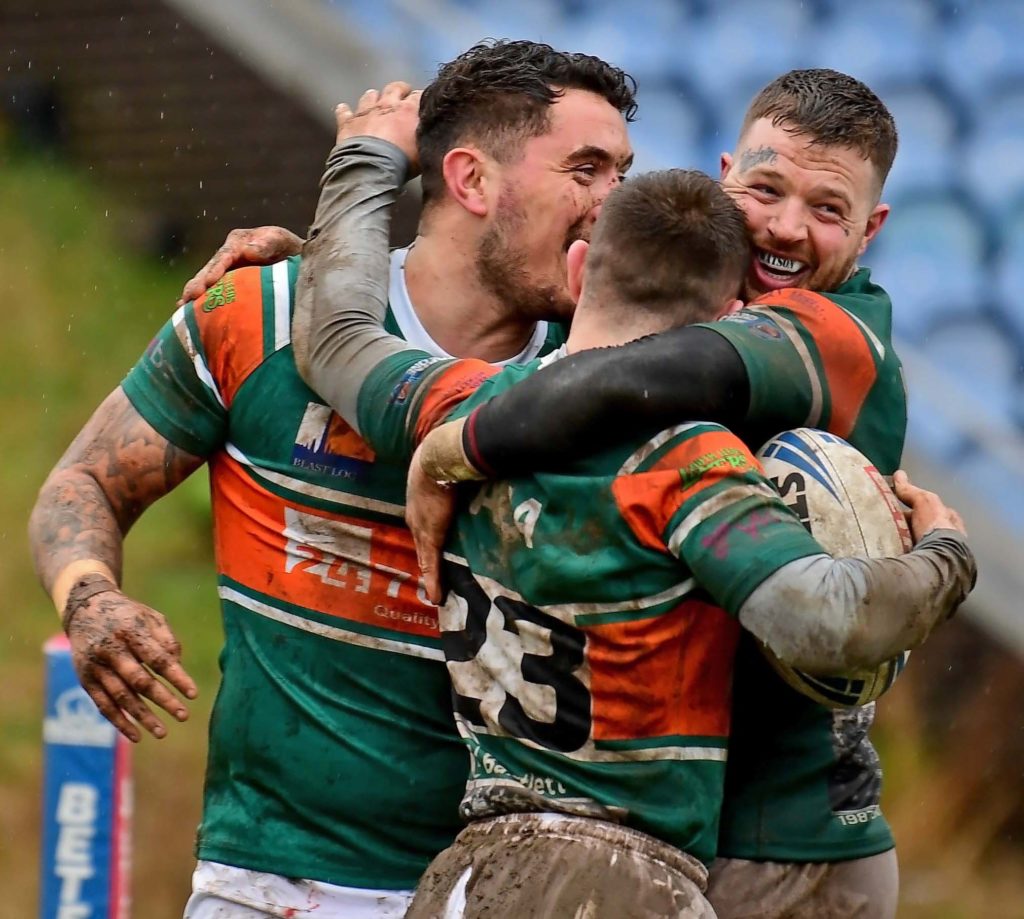 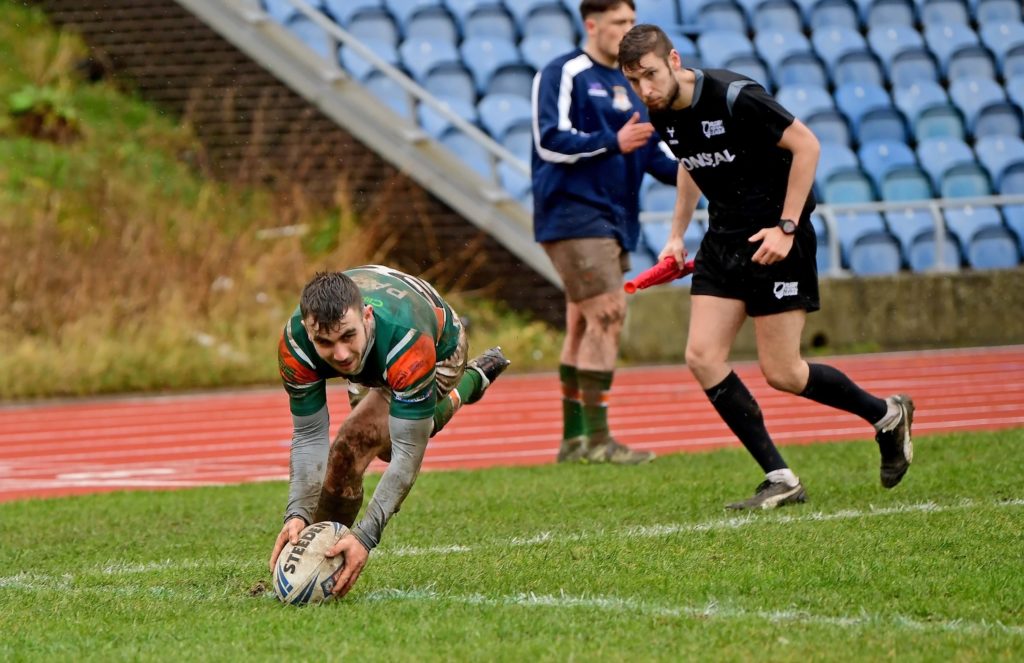