Fully rested and ready to be tested 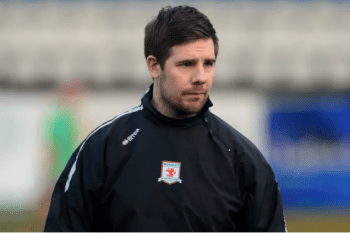 Head Coach James Coyle wants his Hunslet players to get back to their knockout mindset when they travel to Doncaster on Sunday. Hunslet will have had two weeks to prepare for the Kingstone Press League One clash following their battling Ladbrokes Challenge Cup exit at Halifax.

Coyle’s men gave a good account of themselves against their Championship hosts before bowing out of the competition with a 20-6 defeat. Hunslet, whose game against Whitehaven last weekend was postponed against their wishes, and Doncaster have both won their opening two league matches.

And Coyle reckons the Cup tie was good practice for Sunday. “We have got some games coming up when we are going to have to play at that intensity if we want to win them,”

Coyle predicted. “We are going to have to be on our game.

“Doncaster will be a tough test with the enormous pack they have put together.

“We have got some good challenges coming up.”

The unscheduled free weekend will have given Hunslet’s injured players time to rest up, but Doncaster were also without a game for the same reason. Their match two days ago was called off to allow opponents Oxford to play Whitehaven in a delayed Challenge Cup tie.