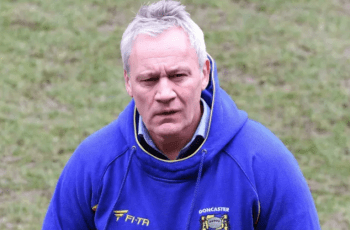 Hunslet RLFC are delighted to announce that Gary Thornton has been appointed head coach for the remainder of the 2017 season.

Thornton has extensive experience at Championship and League 1 level having guided York City Knights to the league leader’s shield in 2014 and won the accolade of Championship 1 coach of the year, the same season that Hunslet won promotion at Headingley in the Grand Final.

Thornton then became head coach at Doncaster taking over from Paul Cooke in June 2015 and left the club just over 2 weeks ago.

Director of Rugby Darren Williams said “We were delighted by the quality of applicants for the vacancy.

“The clubs directors shortlisted a number of candidates to speak to but Gary was the right fit for us right now given his level of experience and a tough period of fixtures on the horizon.

“Gary will take charge of his first training session on Tuesday and his first game as head coach will be the fixture at Barrow on Saturday.

“I’m really looking forward to working with a good group of quality players, staff & directors and consolidating a place in the top 8 league play offs.

“Hopefully we can then kick on for the final play-off series of the competition.”