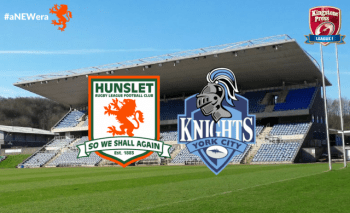 Head Coach Gary Thornton has today named his 19 man squad for Sunday’s massive clash against York City Knights in round 11 of the Kingstone Press League 1. The game kicks off at 3pm.

Lewis Reed (Shin Splints) and Jake Normington (sickness) return to the squad. Nyle Flynn drops out due to a shoulder injury.

We will be holding a mini beer festival this Sunday. The event will take place in the Phoenix Bar from 12pm, and we will have 3 different hand pulled traditional beers on offer for only £2 a pint.