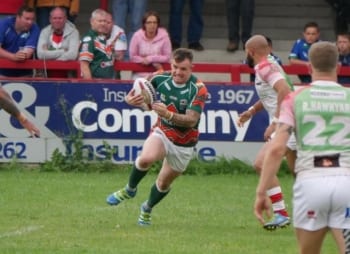 The dynamic hooker made 22 appearances in 2016 scoring 14 tries and kicking 2 goals.

Head Coach James Coyle commented “George has thrown himself into training. He’s been leading from the front in every aspect of our pre season.

“His attitude towards the changes has been great and I think he deserves to lead the team at this exciting time.

“He was the natural choice and I’m sure if the other players were asked he would have been the favourite among the squad such is the respect he has within the group.”