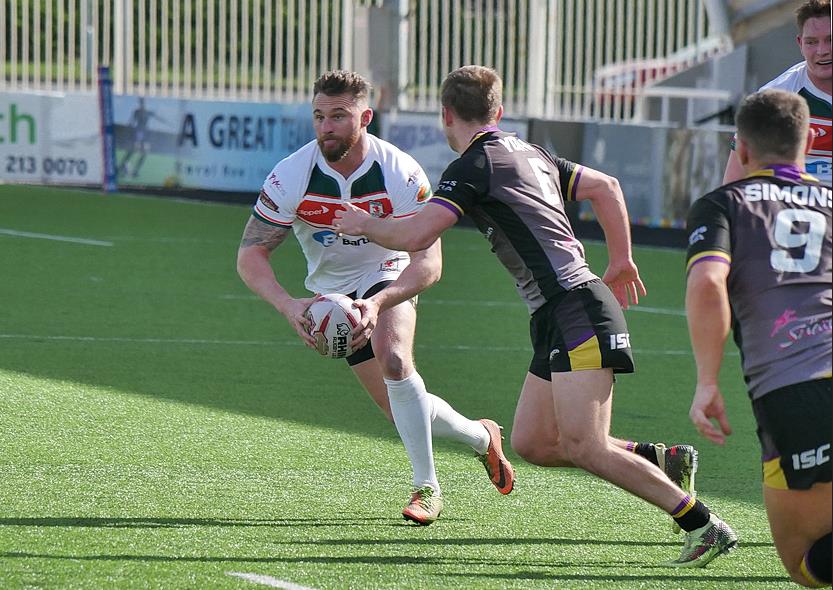 Luckless centre Danny Grimshaw is facing another lay-off after being hurt during the first game of his third spell at Hunslet.

Grimshaw rejoined the Parksiders from Oldham last autumn and impressed coach Gary Thornton in training before suffering a hamstring injury on the eve of the new season.

He made his comeback in the 28-10 Betfred League One defeat at Newcastle Thunder two days ago, but suffered a torn bicep late in the first half.

The injuries added to Hunslet’s woes and Thornton admitted his side were “out-enthused”.

He said: “It was very disappointing.

“We lacked a bit of continuity. I don’t think having a break the week before helped, after two decent performances, but that’s not the reason we lost.

“We were playing a very enthusiastic Newcastle side who had been heavily beaten the game before.

“Their coach wanted a reaction and he got it.

“We got back in the game at 10-6 and we needed to kick on, but we conceded two soft tries, we were 16-6 down at the break and we never got going in the second half.”

Thornton added: “We weren’t great in attack. We didn’t ask many questions of Newcastle.”