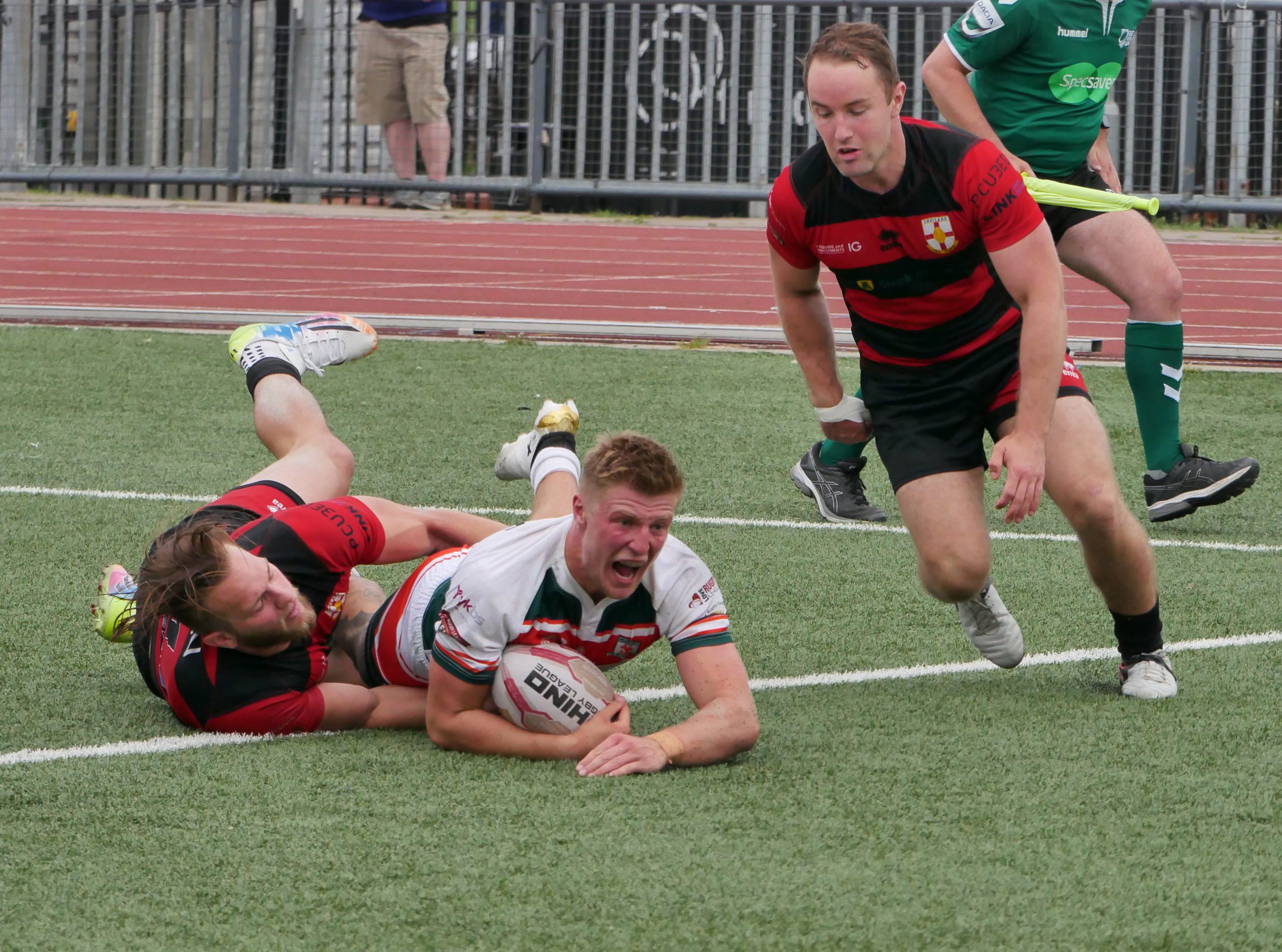 Will Cooke is back at Hunslet after a couple of seasons at Keighley, and he is delighted to be at the South Leeds Stadium again.

The 23-year-old centre or winger enjoyed his time with the Cougars but he is keen to make his mark with the Parksiders after having previously had his opportunities limited by powerhouse figures such as Ben Heaton, Nathan Chappell and Mufaro Mvududu.

He said: “A reason for me leaving Hunslet was that I was struggling for opportunities. Head coach Gary Thornton was straight about it and told me that I’d be better, at that stage, developing my career elsewhere.

But travel to Keighley for training and matches from my home in Castleford isn’t all that straightforward. My partner Nicola gave birth to our daughter Myla Grace earlier this year and I realised I wouldn’t be able to spend as much time with my family as I’d like.

I’d kept in touch with Hunslet’s captain Duane Straugheir and gave him a call. Straff said he thought Hunslet would probably be interested and got me to contact Head Coach Gary Thornton.

So we had a meeting, GT’s happy to have me back and I’m equally happy to return. I’m now looking forward to working hard to secure my place.”

Thornton said: “Will returns to the club with more experience under his belt after having had two decent seasons at Keighley.

He is another player who has a terrific attitude and who is highly committed to improving his game, and I’m really pleased he is returning”.

He continued: “To be fair, last time he was at the club he was still a young man, and had competition in front of him from more experienced centres. As a result he didn’t really establish himself in the team, although whenever he did play at either wing, centre or even a spell at loose, he never let us down, so it’s a welcome return for him”.

Thornton concluded: “He is very mature for such a young man, and is desperate to impose himself on the team and show people how good he can be”.