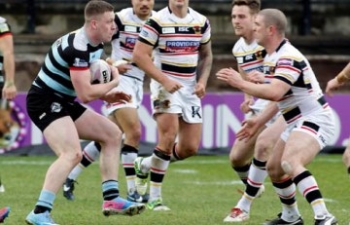 Hunslet Hawks RLFC are delighted to announce the signing of James Duckworth from London Broncos until the end of the season.

Director of Rugby Darren Williams said “James is another key addition to bolster the ranks for the run in and the playoff series, he’s a tall rangy winger with some size about him and he takes some handling. He has found first team opportunities at London limited and has recently been appearing on dual registration for London Skolars. I would personally like to thank Joe Grima and all at the London club for facilitating his release so James could take this opportunity to move back North and play out the season with us at Hunslet.”