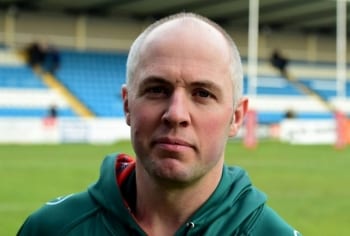 Matt Bramald admitted even he was shocked by the scale of Hunslet Hawks’ 33-12 win at York City Knights in the Kingstone Press League One Super-8s.

Bramald was confident Hawks could achieve a result which keeps their play-offs hopes alive, but he conceded: “The margin of victory was a surprise.”

Said Bramald:“We played really well. We didn’t start the game well, we didn’t deal with the kick-off and we conceded the first try. “We were a bit scratchy and we couldn’t get to the end of our sets.

“We got a bit of fortune with our first try and from there we just kicked on. Our forwards completely dominated York’s pack – Mickey Haley and Jack Coventry were great, Matt Carbutt was successful in his carries and Jake Normington and Danny Williams caused them problems all afternoon.

“Jake Normington was outstanding, along with Mufaro Mvududu. We got good go-forward and managed the game really well in the second half, which was really pleasing.”

Hawks are sixth, one place and a point outside the play-offs zone. Bramald added:“It keeps the season alive. We have two games left and it’s likely we are going to have to win both to get into the top-five. We’ve got Toulouse next, which will be really tough, but we can go into it with some confidence.”