Hawks get a Feather in their cap 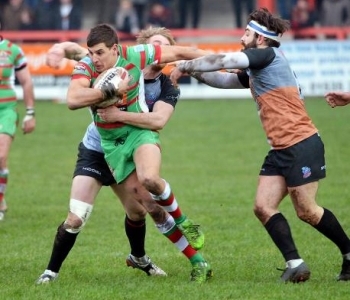 Feather has just recently completed a testimonial with the Cougars having given them 10 years outstanding service. He made 18 appearances in the Championship this year for Keighley scoring 3 tries.

Director of Rugby Darren Williams said “Were delighted to finally get Buster to join the club, we have been long time admirers of his but it’s been hard convincing him to leave his home town club which is fully understandable given the commitment he’s given the club and the fact that he had a well deserved testimonial. He obviously has a great relationship with our head coach Barry Eaton who knows him well and James is excited linking up with Barry again and is looking forward to an exciting season under the new structure in the Championship.

On signing Feather added “I’m really looking forward to a new challenge at Hunslet and working under head coach Barry Eaton again, it’s going to be an exciting but challenging year playing in the Championship and I can’t wait to get started, i wish Keighley all the best for the future .”