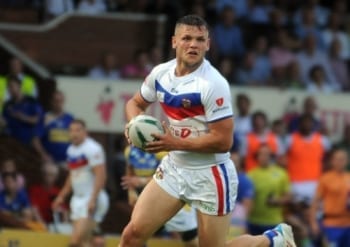 Hunslet Hawks RLFC are delighted to announce the signing of Kyle Trout from Wakefield Trinity Wildcats on loan for the rest of the season.

Kyle is a back row forward and a former Stanley Rangers junior who was a member of the 2009 Wildcats academy Grand Final winning side. He made his first team debut at home to Bradford in February 2012 under Richard Agar. Kyle scored his first ever Super League try at the home of Leeds Rhinos in June 2012 and has been a member of the Wildcats full time Super League squad ever since.

Director of Rugby Darren Williams said “The signing of Kyle is a boost to the squad ahead of a key game at Whitehaven this Sunday. Kyle will train with his new team mates this evening and be available for selection this weekend.”

“He is a back row forward who can also play as a middle unit and the addition of such a high calibre of player is a boost as the season progresses towards the Super 8’s.”

“I would like to thank Michael Carter & Stuart Dickens from the Wildcats for facilitating this move and allowing Kyle to join us for the rest of the season.”