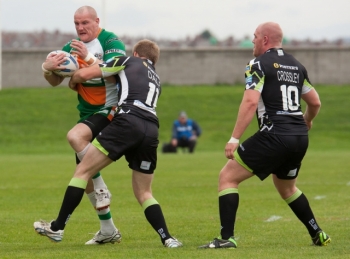 Hunslet Hawks have today given their hopes of winning the upcoming playoff series a major boost with the capture of Super League forward Richard Moore until the end of the season.

Hawks Director of Rugby Darren Williams said “Everyone at the club is delighted to welcome Richard back after he made a tremendous impression whilst making 7 appearances on dual registration last season from the Rhinos. He’s the sort of player fans like to see as he wears his heart on his sleeve and puts everything that he’s got to give into his performances. He is the type of character who leads from the front and certainly someone you want with you in the trenches. Richard will train with his new team mates this evening and come into contention for selection for Sunday’s top of the table clash with York City Knights.”

Williams added “We have left no stone unturned in bolstering the squad with improved strength in depth and added quality and Richard will play a huge part in what we want to achieve.”

Moore’s arrival comes hot on the heels of recent additions James Duckworth from London Broncos and Luke Briscoe who has joined on a season long loan from Leeds Rhinos.

Moore commented “I enjoyed my time at Hunslet last year and it wasn’t a nice feeling when I played in the final game of last year when their relegation was confirmed, when the club called me and asked if I fancied helping them get back up I was excited about the challenge, I’m looking forward to seeing a few of the boys again tonight and getting stuck into the task ahead.”

Richard Moore in action for the Hawks against Halifax in 2013