Hunslet Hawks can today announce the signing of Leeds Rhinos three quarter Luke Briscoe and Keighley Cougars forward Ross Peltier on loan until the end of the season.

Briscoe who is a product of the Featherstone Lions amateur club signed for the Rhinos from Hull FC in 2012. He spent the start of the 2014 season on loan with Wakefield where he made two appearances before returning to the Rhinos and making his first team debut against Huddersfield Giants.

Briscoe who is the younger brother of fellow Leeds player Tom, has made three appearances for the Rhinos this season scoring a solitary try against Bradford Bulls last weekend.

Peltier a front/back row forward has made eleven appearances this season for the Cougars scoring two tries in the Championship. He signed for the Cougars in November having played in the Queensland Cup in Australia and is a current Jamaican International who was with Huddersfield Giants.

Director of Rugby Darren Williams said “Luke will give us cover in the centre/ wing positions which was needed as Aston Wilson is currently out with a bruised heel and Gavin Duffy who is on loan from Keighley can be recalled weekly if needed by his parent club. He is a big powerful athlete who is hungry to play regularly having only played five games so far this season.

On Ross Peltier, Williams added “We were looking to add some size to the squad for the run in and Ross certainly has that, his go forward is tremendous and he will be a superb addition as we get to the business end of the season.”

Both players will be in contention for selection for Sunday’s trip to Hemel Stags. 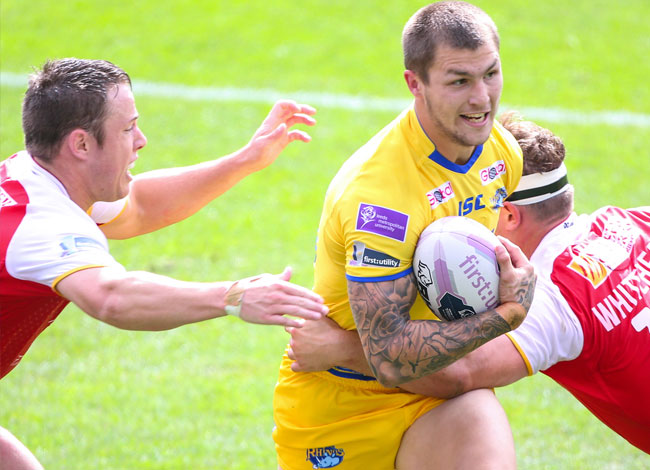