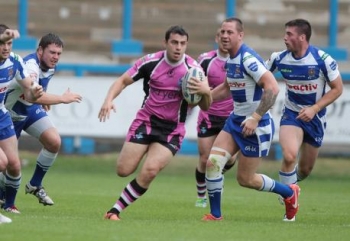 Hunslet Hawks RLFC are delighted to announce that York City Knights captain and talisman hooker Jack Lee has joined the club for 2015 on a 2 year contract.

Director of Rugby Darren Williams said “We were alerted to Jack’s availability and moved swiftly to secure his services on a 2 year deal, myself and head coach Barry Eaton have been aware of Jack’s talent and his consistency since he joined the Knights in 2010 from Featherstone Rovers and he will be a key recruit for 2015 and beyond.”

On signing for the South Leeds club Lee added “I’m looking forward to my move to Hunslet and working alongside Barry and the coaching staff at the club. I have been at York for 4 years and believe it is time to move for a fresh challenge closer to home.”

Meanwhile Williams revealed that the club are hoping to add at least one addition to the squad before the registration deadline closes for Championship 1, a week on Friday, commenting “Talks are currently taking place with a couple of potential recruits to strengthen the squad before the window closes and for the upcoming play off series.”