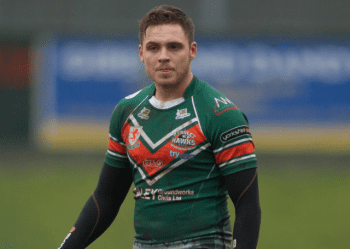 Callum 25 joined the Hawks from Halifax at the start of the 2015 season and went on to make 19 appearances for the club scoring 3 tries.

Director of Rugby Darren Williams said “When we learnt that Liam MacKay would be ruled out for the season following his shoulder operation, we felt we needed to get someone experienced in to replace him. I know Callum well from his previous spell and i know what he will offer us. He is a very experienced player and will add real strength to the squad as we push to make the playoffs.”

The club have also confirmed that Mo Agoro will see out the remainder of the season at Gloucestershire All Golds after his loan was extended.