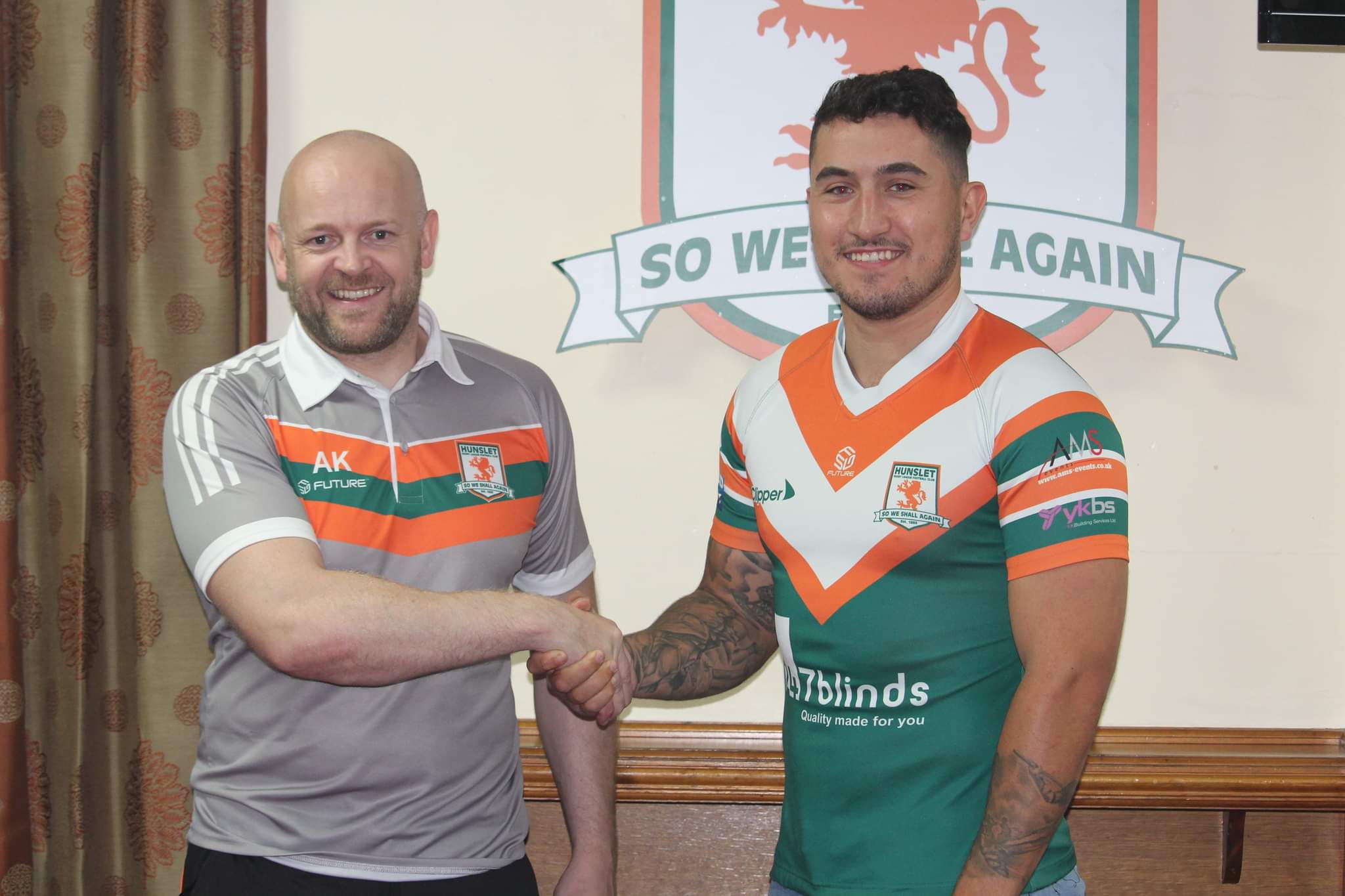 Dom Horn makes no secret of the fact that, although only 26 years of age, a key factor in his joining Hunslet was the opportunity to help develop the younger players in Alan Kilshaw’s new-look squad.

The back-row forward, who has joined the Betfred League 1 outfit from Batley Bulldogs, said: “When Alan told me he was rebuilding the side, and asked me if I’d like to be involved, I had no hesitation in agreeing a one-year deal.

“I’m joining a set-up where there’s a clean sheet, and it’s an attractive proposition for me.

“Alan could quite easily have gone out signing older heads who might have been set in their ways but the fact that he’s looking at youth – and local lads in particular – shows that Hunslet are heading in the right direction.”

He continued: “Apart from anything else, younger players can get over knocks more quickly, and I’m really looking forward to playing in a team in which many of us are in a similar age bracket.

“I aim to help us mount a real challenge for promotion, and bring what I can to the rebuilding process. Older players gave me great guidance when I was with Halifax Academy, and I want to do the same for the young lads at Hunslet.”

Horn’s experiences with Batley will be central to that goal. He said: “I’ve seen at first-hand how the Bulldogs did very well in the Championship, finishing in the top six, despite a limited budget. I understand the mentality that underpinned that success, and at 26 I’ll be something of an elder figure for the younger lads, which will hopefully help them, Alan and the club.”

“Dom has a great attitude and having been at some good clubs it’s now time for him to nail down a place as a regular starter and a senior player with Hunslet,” said head coach Alan Kilshaw. He added: “He has all the attributes and is physically a good size. I’m confident he can really progress at Hunslet in 2022.”