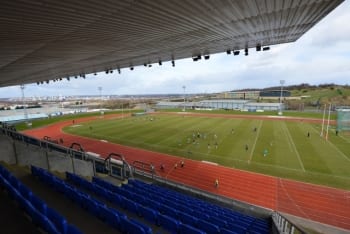 Alrawi 27, has been a regular try scorer for Hunslet Club Parkside as the club has grown and flourished since joining the National Conference. He was previously at Queens ARLFC.

Webb 19, is a welsh full back who made his debut for South Wales Scorpions as a 17 year old in 2015 having recently moved to Leeds for his studies and is a Welsh under 18 International .

Blakeston 17, is a hooker currently playing for Pontefract College and is a former Methley Warrior.

Director of Rugby Darren Williams said “This is another success off the back of the initial Hunslet RLFC Rookie back in November.

“We signed Brett Whitehead instantly as he impressed sufficiently on the day and Head Coach James Coyle saw enough to offer a pre season trial to these three players as well.

“The pre season fixtures are almost upon us as our first competitive hit out is at Featherstone Rovers on Sunday in the Gareth Swift Memorial game and James & Assistant Steve Deakin have been suitably impressed to offer these three a one year contract for 2017.”

Omar will take the vacant number 2 shirt, with Marcus taking the 28 shirt and Ben taking the 29 shirt.