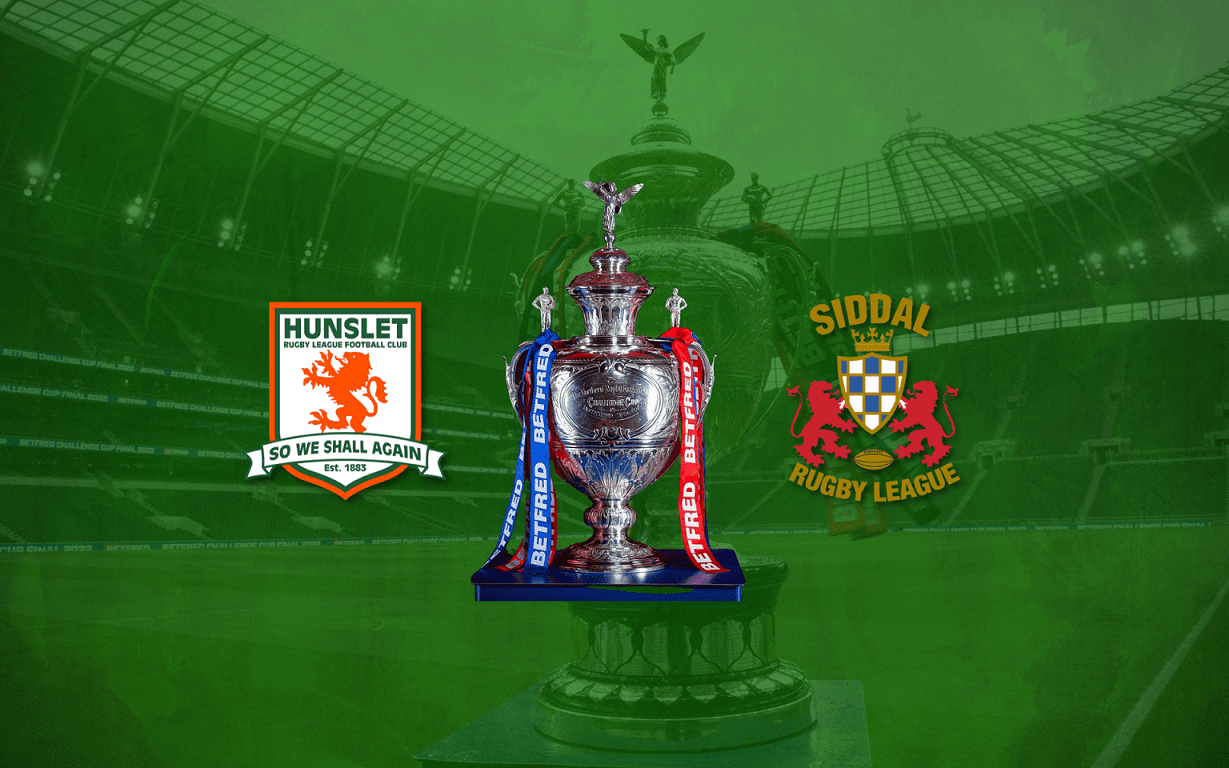 HUNSLET have been handed an attractive home tie with National Conference League Premiers Siddal in Rugby League’s Betfred Challenge Cup third round, which is to be played on the weekend of 12/13 February.

The winner will visit either Swinton Lions or North Wales Crusaders in the fourth round, on the last weekend of this month.

The Parksiders booked their place in the third round, for which the draw was made from Rochdale Hornets on Tuesday evening, with a hugely impressive 22-6 home win over Keighley Cougars last Sunday.

A new-look and largely young side under head coach Alan Kilshaw turned on the style with a remarkably cohesive performance, considering the team had had only a couple of training run-outs against local amateur opposition in the build-up to the new season.

Paga played a major part in Hunslet’s triumph, showing scintillating speed and no little commitment in chasing back when Keighley centre Charlie Graham broke from his own 20 on the hour.

Graham looked a certain scorer, and a converted try would have nosed the Cougars 12-10 ahead. But Paga somehow made up the ground and brought Graham down with a sensational ankle tap, covering hooker Harvey Whiteley making sure that the Keighley centre made no further progress.

Hunslet, who were in front through tries by winger Kiedan Hartley and Mossop, plus a Syme conversion – the Cougars having levelled on the stroke of half-time when Anesu Muduti crossed and Jack Miller added the extras – never looked back under dynamic captain Duane Straugheir, with veteran fullback Jimmy Watson, Render and second row Joe Summers also making telling contributions.

The Parkiders, who had had the better of previous exchanges, made the most of the 63rd-minute sin-binning of Keighley second row Daniel Parker for a late challenge on home stand-off Dave Gibbons, man of the match Whiteley bagging a quick brace from close range in his absence. The visitors lost their composure in the last few minutes when Spencer Darley and Kyle Kesik copped red cards, Mallinson adding a penalty to his conversion of Whiteley’s second score.

Kilshaw said: “I was very pleased with our performance overall, although there’s still plenty of work to be done.

“Our decision making was poor in the first half, and that put us under some pressure defensively. The Cougars kicked better than we did, particularly in the opening period, and after going 6-0 up we were unable to put real daylight between us and the visitors, which was disappointing, especially when we leaked a try on the stroke of half-time. “

He continued: “I’m happy, though, that the players responded positively to some constructive criticism, pertinently put, during the break.

“Although we looked impressive at times – and it was great to give our loyal and vociferous supporters an exciting win to celebrate – we’re not getting carried away. We’ve relished the experience, a lot of hard work went into it, including by all the backroom staff, and we need to build on this performance for the Betfred League 1 campaign in particular.

“It’s an enjoyable environment at the South Leeds Stadium, and that’s underpinned by honesty throughout the squad. That was illustrated by Wayne Reittie, who struggled with a back injury in training and who put his hand up in the pre-match warm-up and admitted he’d have to pull out. That was very commendable. It meant, though, that Jordan Paga, who’s a fullback really, had to step in at the eleventh hour. However, although we missed Retts’ hard yards, Jordan did really well and obviously had a major impact, with that tackle on Graham alone.”

`Killer’, who also paid tribute to the work done off the bench by props O’Hanlon and Moorhouse, revealed that Harvey Hallas, who set up the position for one of Whiteley’s tries with a thundering charge, suffered a hand injury which is not as serious as first feared. Matty Stableford, however, could be out for a few weeks having broken his hand in the midweek warm-up trial game and is ruled out of Sunday’s Harry Jepson OBE Memorial Trophy match against Leeds at the South Leeds Stadium (3.00pm).