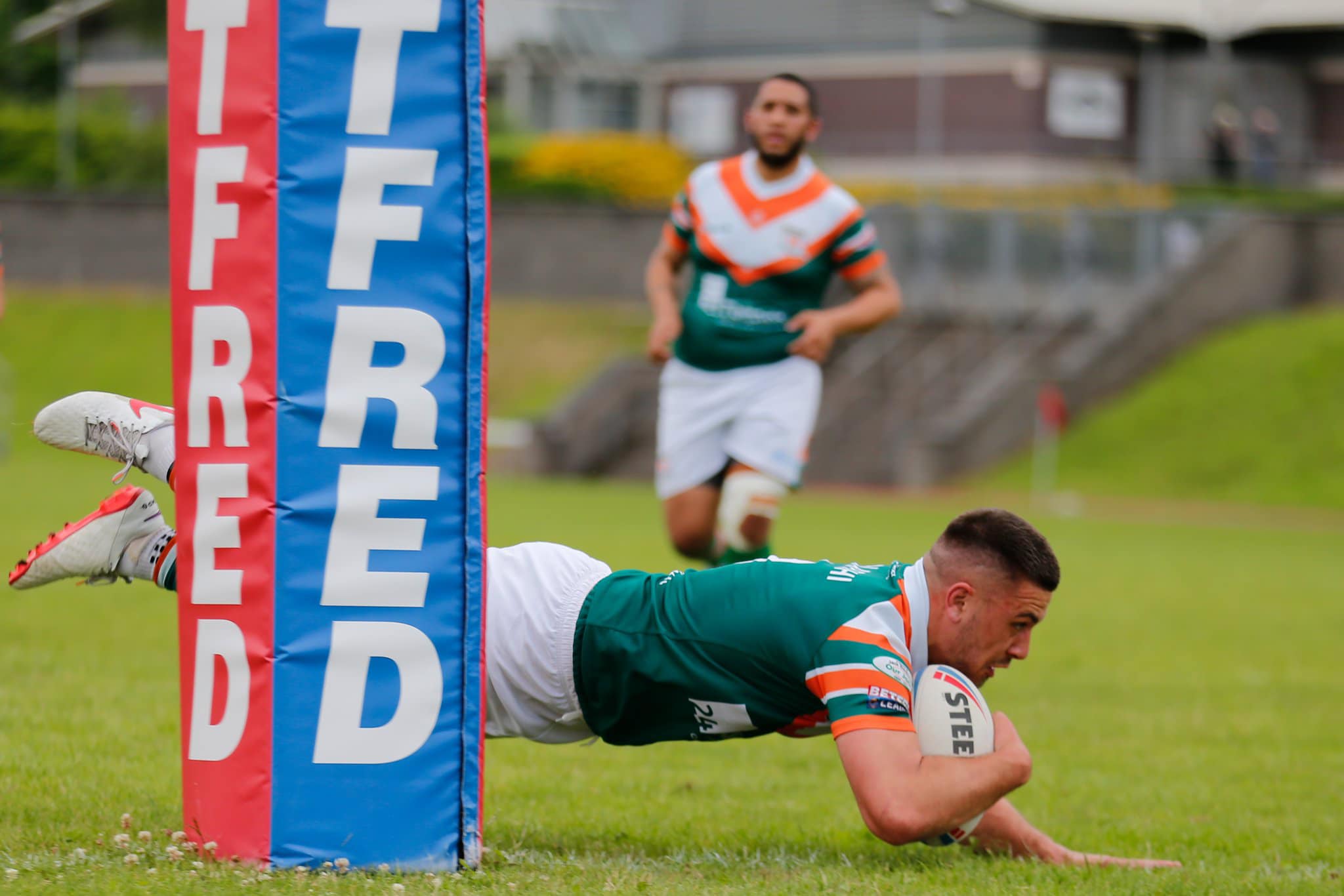 Hunslet’s caretaker Coach Mark Cass rallied his troops for a second half comeback at the South Leeds Stadium, but from 0-30 down they just fell short in the dying moments.

After last week’s disastrous 46-44 defeat at Coventry Bears Coach Gary Thornton was given the sack and Cass would have been hoping for a reaction from the players.

Although North Wales had never won at the South Leeds Stadium they had an impressive victory last week against Keighley Cougars, and Hunslet were missing some key players in Simon Brown, Tommy Ashton and Nathan Conroy.

Unfortunately though, Hunslet looked a shadow of themselves and it only took 8 minutes for former Parksiders favourite Brad Brennan to wrestle his way over from the attention of four defenders.

Impressive Second row Gavin Roddam went in from close to extend the lead, before on 24 minutes a clever Gibson kick was pounced on by Johnson to score. 0-18

It seemed like the home defence could be breached at will by the strong running Crusaders forwards, and they were being ably marshalled from the back by Thomas Johnson. It was he who extended the lead to 0-20 when Hunslet were penalised for a late tackle.

The odd time that Hunslet threatened came to nothing, Chrimes broke free but found no support and Andrade spilt the ball near the line.

The Crusaders added another hammer blow on half time as quick passing put Reid over in the left corner, Johnson nailing the conversion. 0-26 at the break.

It seemed like more of the same after the interval when on 42 minutes an Andrew Ball break through weak tackling meant North Wales could get the ball out to Gavin Roddam who duly scored in the corner. 0-30.

The game turned though on 47 minutes when after Crusaders had been penalised Jordan Andrade barged his way over, which Brambani duly converted.

Hunslet now had a fightback in them, epitomised by Vila Halafihi who scored from close range to narrow the lead to 12-30.

North Wales were now visibly tiring, perhaps as they had had to carry their equipment over a mile from their broken down bus (the kick-off was held up for 15 minutes), and on 68 minutes Lewis Young reached over to bring the Parksiders to within 12 points.

A quick try would make it interesting, but the Crusaders defence held well until on 80 minutes a smart David Gibbons kick was collected by Matt Chrimes to score in the corner. Dominic Brambani coolly converted under pressure and it was 24-30 in added time.

Johnson could have wrapped it up for North Wales as they were awarded a penalty for a Hunslet punch, but the kick fell short and Hunslet gave flight to the ball to try grab a last minute try.

As the hooter sounded the ball was still in play, but a Hunslet pass went to ground and former Widnes favourite Patrick Ah Van scooped it up for Crusaders to score and put the icing on the cake. 24-34

Hunslet have a rest week before the next home game v Keighley Cougars on 25 July, perhaps by then they will have a coach in place, but if not it gives Mark Cass time to organise his troops. More of the second half rather than the first half I would say.