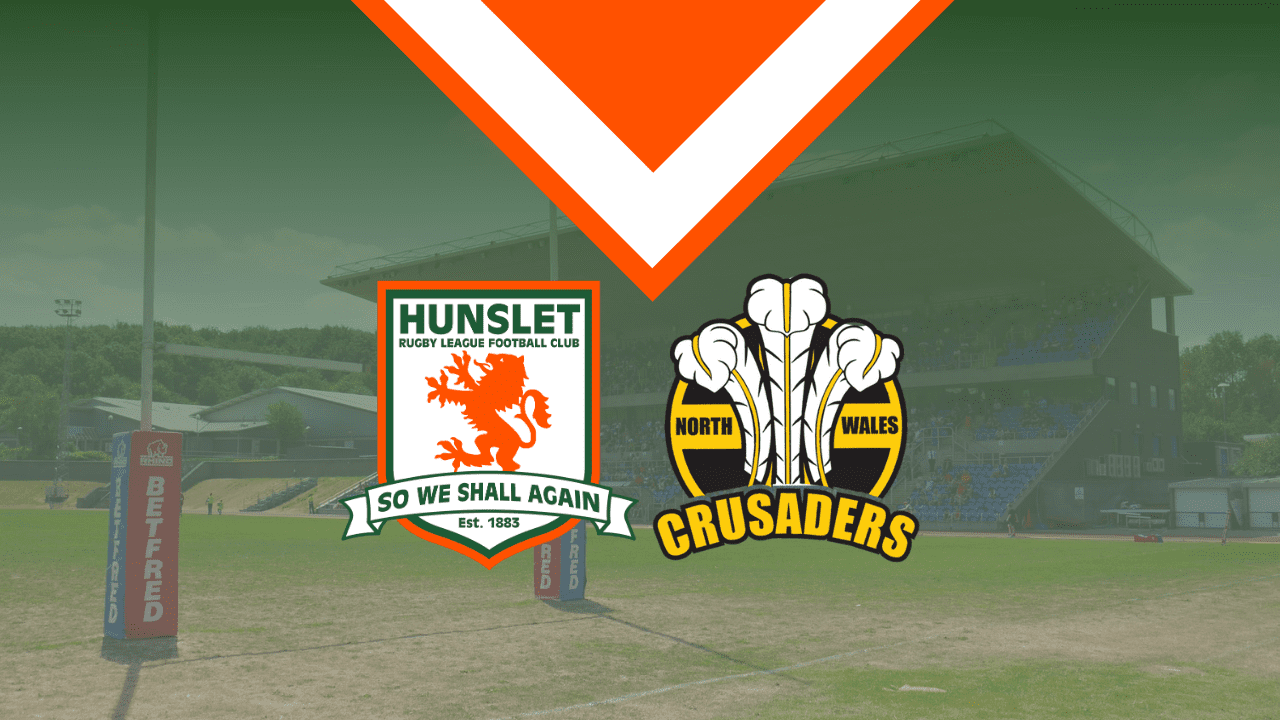 Hunslet Rugby League club will host North Wales Crusaders in a friendly ahead of the 2021 Betfred League 1 season.

The game will take place behind closed doors on Sunday 18 April at the South Leeds Stadium, with a 3.00pm kick-off.

Hunslet’s head coach Gary Thornton has been keen to arrange a warm-up match prior to the launch of the league campaign on Sunday 9 May, when title rivals Workington Town will be the visitors.

He admitted: “This match is hugely important in our preparations for our opening fixtures of the season. A lot of work’s been done behind the scenes to get the match on and we can’t wait to get into a competitive game.

“Just to be out there playing again will be a huge boost for the players and the coaching team. Rugby League is such a big part of our lives and not being able to do what we enjoy so much has had a massive impact on all of us. We are all really excited and chomping at the bit to get into the competitive and combative excitement of Rugby League games.”

The fact that Super League and the Championship have already kicked off limited Hunslet’s options regarding potential opponent. “We’re not living in an ideal world I’m afraid so we have to accommodate accordingly,” reflected Thornton, who added, “because Super League and Championship clubs are already playing, and there’s no reserves football, we have no option but to play teams in our own league.”

Covid-19 lockdown regulations mean that spectators will be unable to attend. Thornton told Hunslet’s loyal and enthusiastic fans: “We’re really sorry you can’t be in the stadium to share our return to Rugby League, but hopefully by the time we start our league fixtures that will change.

“The boys are really embracing the challenge to gain promotion, and we know there will be big challenges ahead, with clubs in our league spending some big money to gain that prize.

“We will be giving it everything we’ve got to achieve our, and your, dreams. We really look forward to welcoming our fans back when it is safe to do so.”