Hunslet crash to defeat against Thunder

Hunslet slipped to 5th place in the Betfred League 1 table yesterday (7 July 2019) at the South Leeds Stadium after losing to a well drilled Newcastle Thunder side, who themselves have now leap-frogged the Parksiders into 2nd position.

The home side had reason to be confident after beating Thunder away 18-32 earlier in the season, but in a classic ‘Game of two halves’ the Geordies returned north triumphant.

The earlier fixture had seen Halifax loanee James Woodburn-Hall scoring a brace of tries and on only the 2nd minute he was giving Hunslet the lead in South Leeds, too strong for the Thunder defence after the Geordies had knocked on in their own half. No conversion though and Hunslet led 4-0. 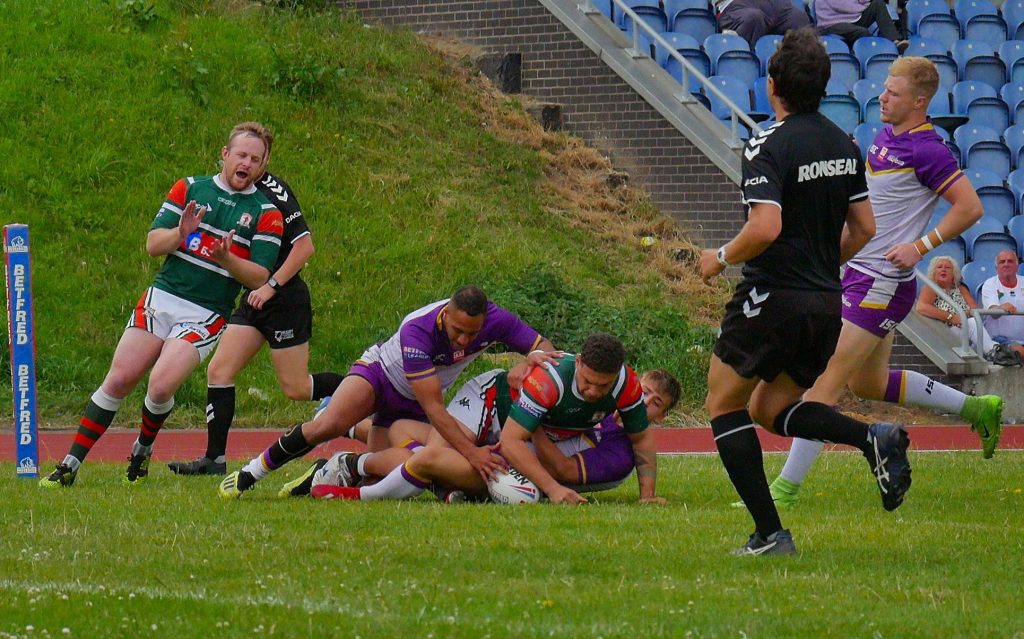 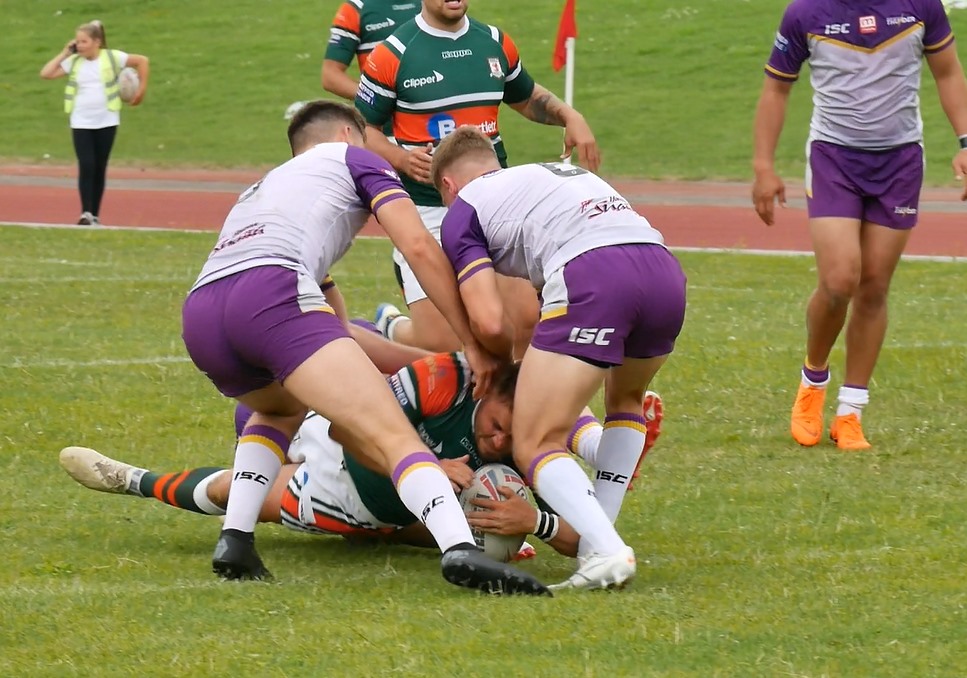 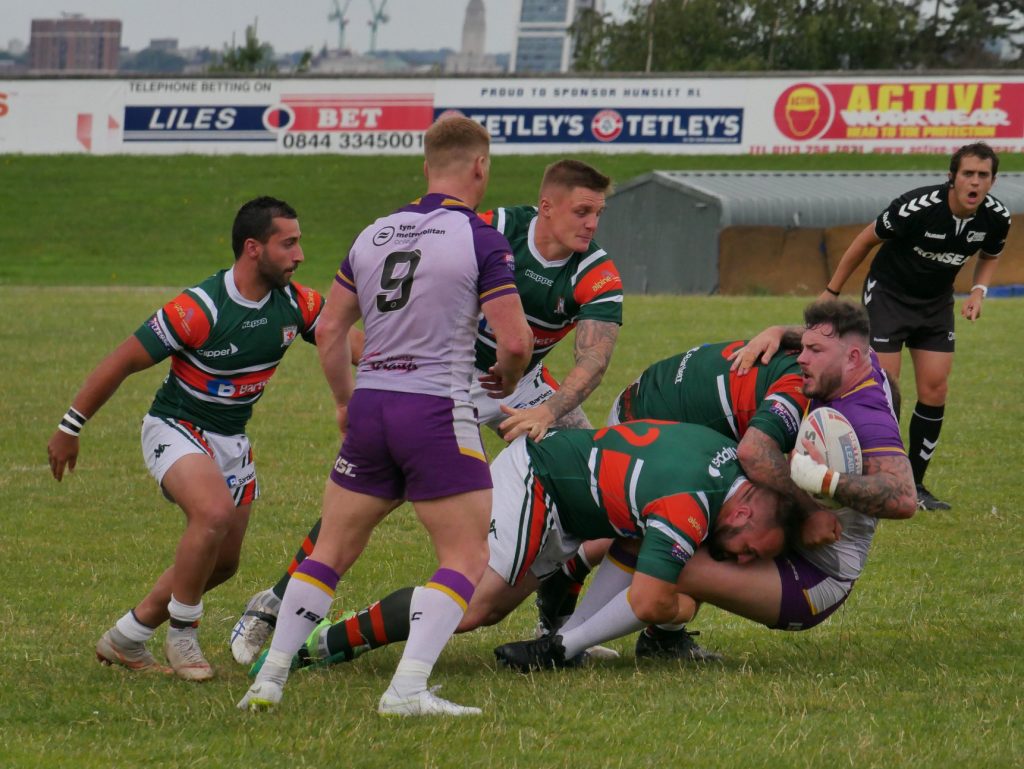 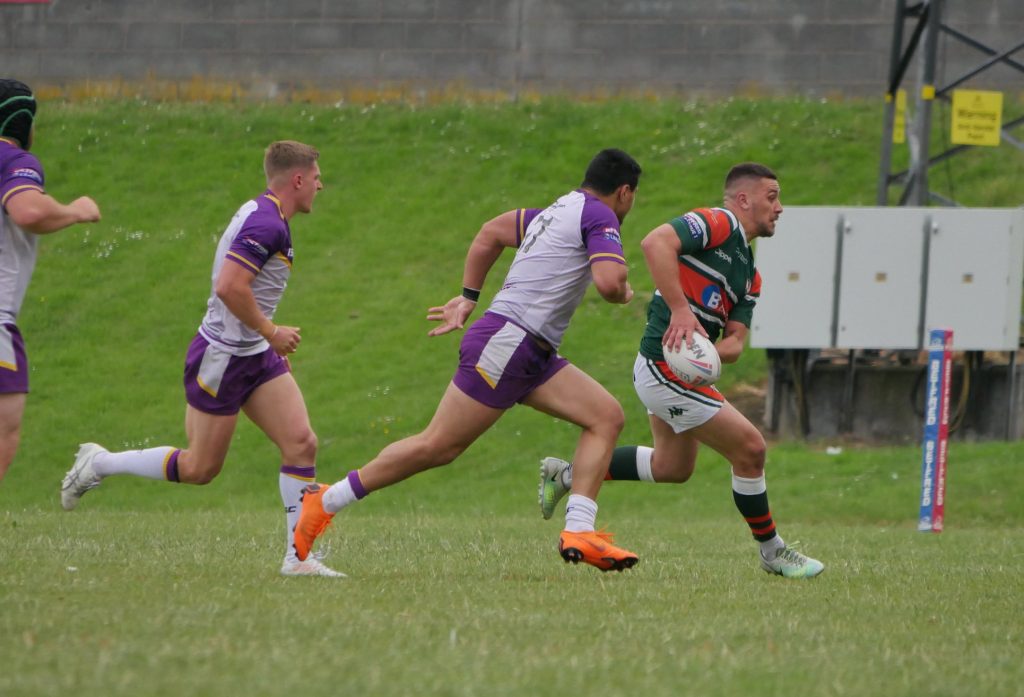 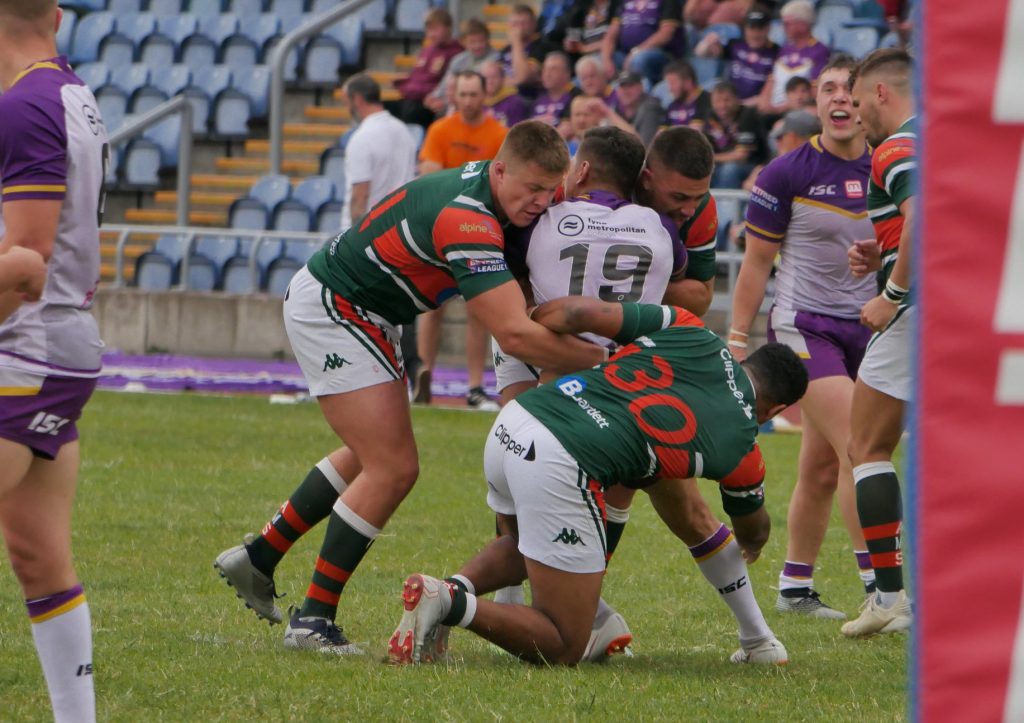 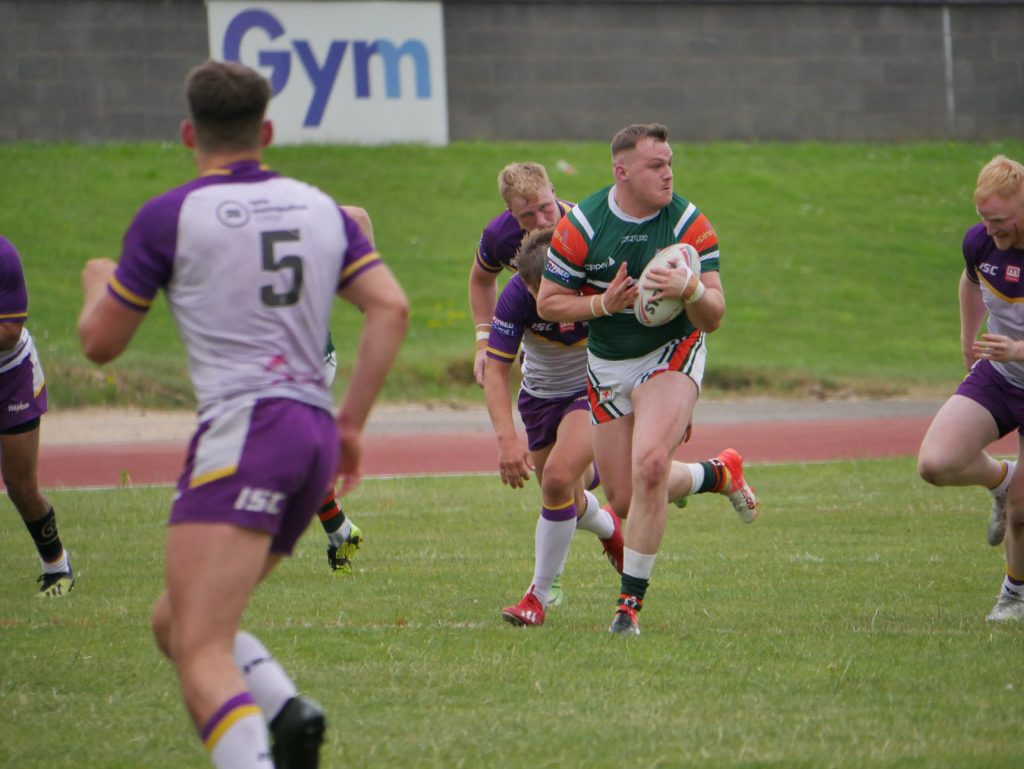 Newcastle did eventually find their feet and after slick ball work Hunslet’s winger was pulled out of position enabling Joe Brown to squeeze in the corner for Thunder. No conversion 4-4.

Reece Dean edged Hunslet ahead 6-4 with a penalty on the 20th minute after Newcastle had a mix up at the scrum, but by now the Hunslet forwards were starting to get on top. Adam Robinson and Charlie Martin especially being dangerous.

Good play after a Ben Heaton break brought Josh Tonks on the burst who was unstoppable at close range, Dean converting and Hunslet lead 12-4.

This was now Hunslet’s chance to put the game to bed before the break. A Ben Heaton break looked dangerous but he just couldn’t get the ball away to Gareth Potts, the resulting tackle ending in a mass brawl with Heaton and his Newcastle opponent being sent to the Sin-bin.

The referee adjudged Heaton to have been dragged into touch unfairly so Hunslet took the option to go for 2 points, unfortunately the ball came back off the post without any Parksider looking to sweep it up and the half ended 12-4, still a reasonable lead for the hosts.

Hunslet returned late out of the changing room for the second half, and some in the crowd thought they didn’t return at all. Within a minute 2 penalties had been conceded giving Newcastle the impetus they needed.

Clarke went over for a soft try on 45 minutes and Simons scored 5 minutes later to give Newcastle the lead 12-16 with Hunslet hardly having touched the ball.

When they did get possession they squandered the ball, trying to score on every play the ball went to ground too many times on the first tackle.

Gill delighted the Thunder Army on the 70thminute scoring in the left corner to take Newcastle that crucial two scores away 12-20.

Frustration was now coming into Hunslet’s game and Mike Emmett was sin-binned for a high tackle, but they then seemed to get some urgency and had a few late chances to make it a nail biting finish. The final pass though wasn’t landed and Newcastle sealed the the game on 80 minutes when Carlile barged over to score. Final score: 12-26.

So a frustrating day for the South Leeds outfit, beating teams away but losing the home fixture is not the form of a team looking to win the league. Although with teams taking points of each other there is still hope. A visit to Coventry next week is a must win before a massive game against League leaders Whitehaven on Saturday 27 July which will probably decide Hunslet’s fate.