Hunslet dominate the Dons in superb away victory

Hunslet RLFC travelled down the A1 to the Keepmoat Stadium and scored an important win against high flying Doncaster in the BetFred League 1 today (20 May 2018).

The first half saw the lead change hands four times as the teams swapped scores, but Hunslet pulled away in the second half scoring 21 unanswered points.

Doncaster got off to a flying start when Sam Doherty caught Howden’s high kick to score in the corner on 4 minutes. Jack Miller’s kick was wide.

Frankie Mariano nearly extended the lead with a breakaway try on 16 minutes, but was caught by Jimmy Watson, who was then sin binned for holding down after the tackle.

Three minutes later Hunslet levelled the scores with a sweeping move finished off by Cain Southernwood. Joe Sanderson kicked the extras to put Hunslet in a 4-6 lead.

The Dons hit back quickly through Ross Osborne, whose try was converted by Miller, but the Parksiders fought back with a try when Jack Coventry offloaded to Jack Walton who went over. Sanderson again converted, taking the score to 10-12.

The first half finished with a penalty to Hunslet which Sanderson dispatched giving the visitors a 10-14 lead at the break.

Doncaster started the second half as they had the first, with Kyle Kesik scoring 4 minutes after the restart, Miller added the extras to put Doncaster back in front.

Hunslet replied through Nathan Chappell who scored in the corner after a 30m run after centre Jason Tali lost possession. Joe Sanderson converted to take the score to 16-20.

On the hour, Sanderson added another two points, kicking a penalty from almost the half way line.

Five minutes later, Sanderson was on the score sheet again as he was released by Jack Lee and scored under the posts. He converted his own try, extending Hunslet’s lead to 16-28.

Cain Southernwood added a drop goal on 70 minutes and captain Duane Straugheir sealed the victory with a try five minutes from time.

Hunslet seem to be coming into form and have shown good consistency over the last few games, even when the result has gone against them as it did in their last match against York. Hunslet move up to eighth in the League 1 table with 5 wins from 9 games.

Next Sunday (27 May 2018) Hunslet entertain West Wales Raiders at South Leeds Stadium. Kick off is at 3pm, entrance is £15, £10 concessions and children are FREE. 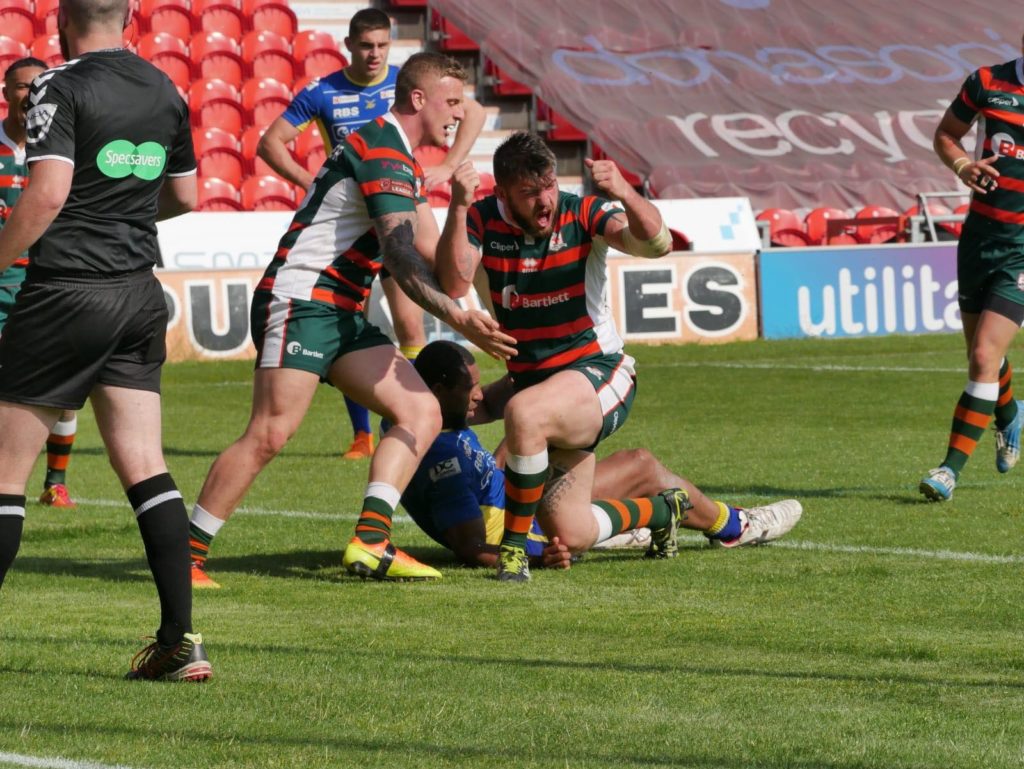 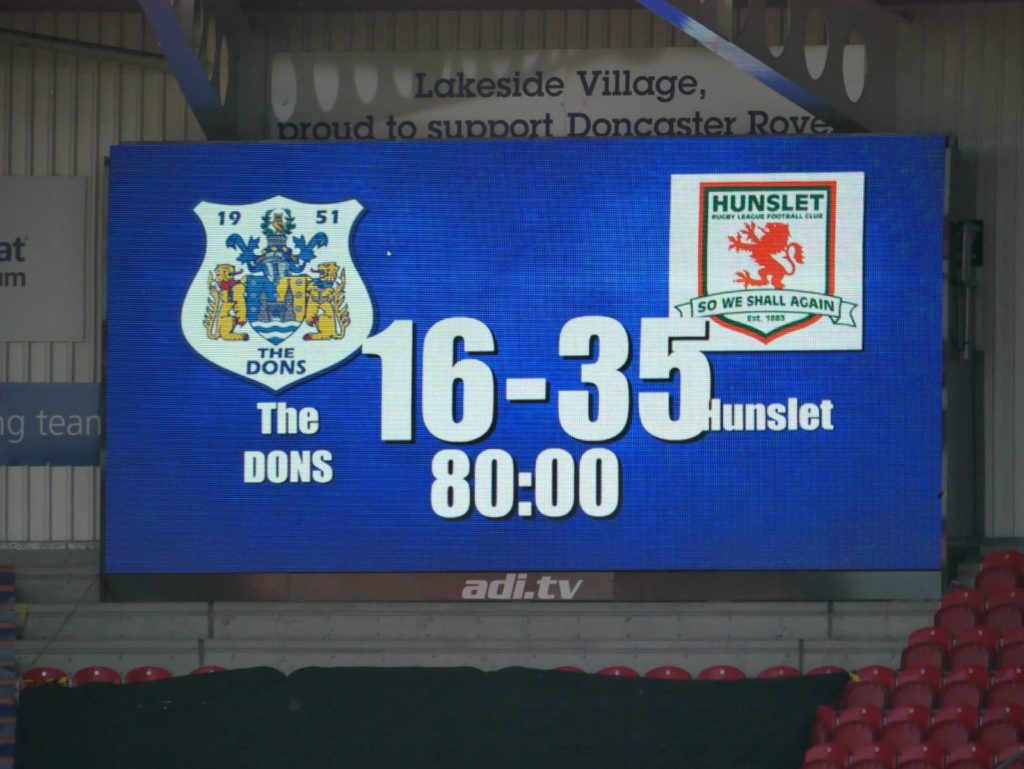 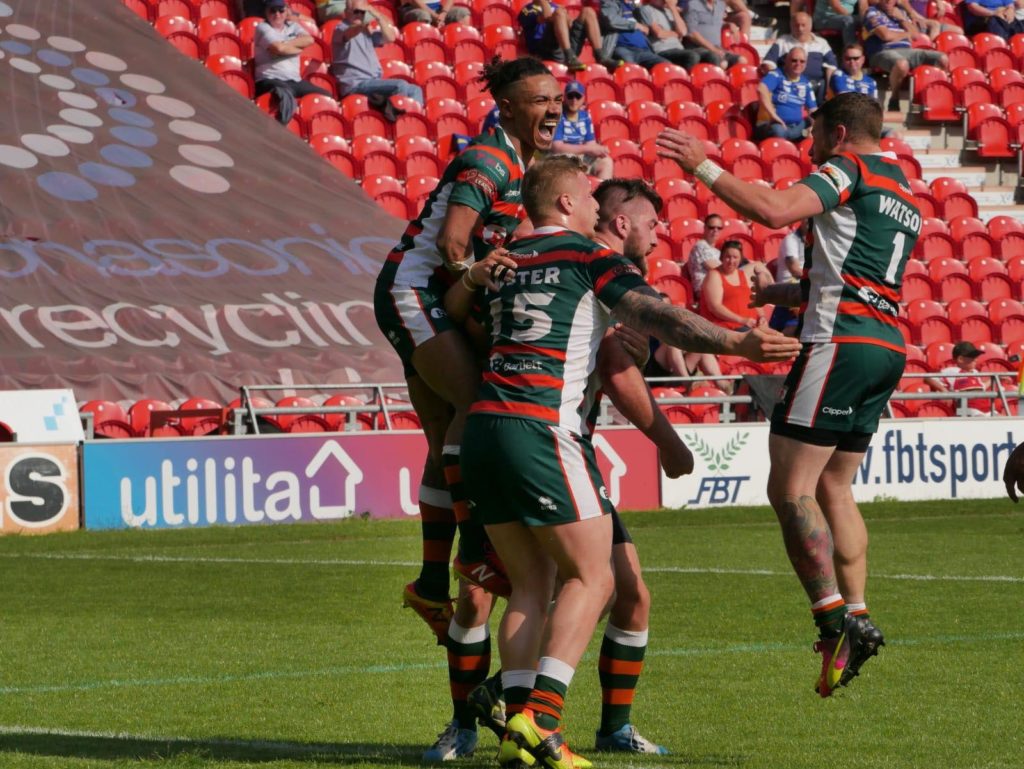 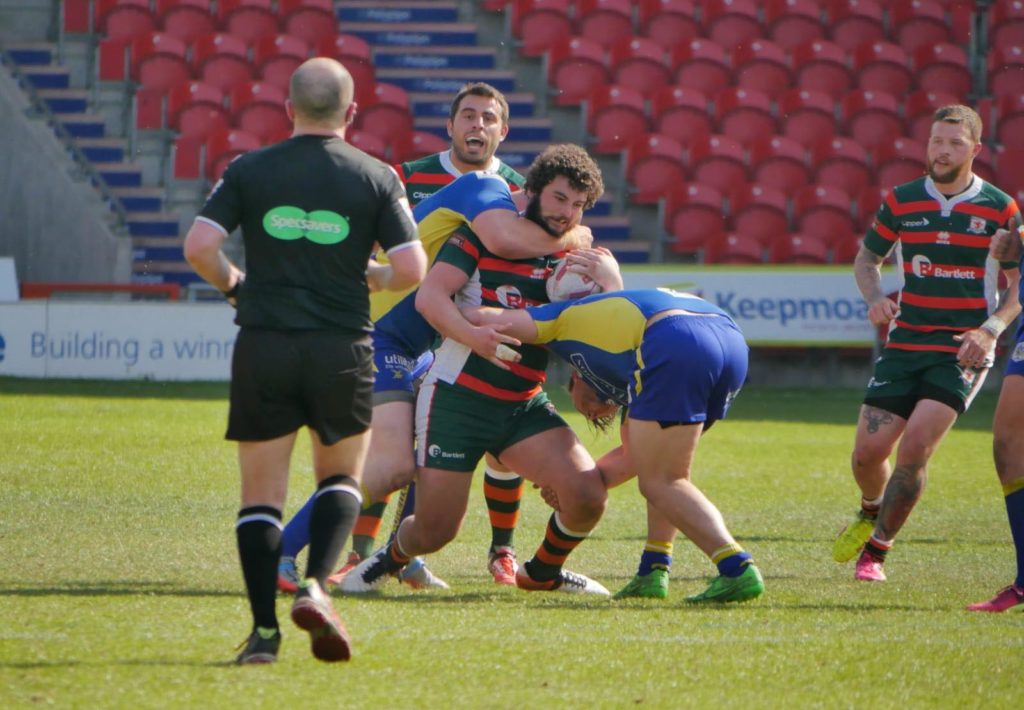 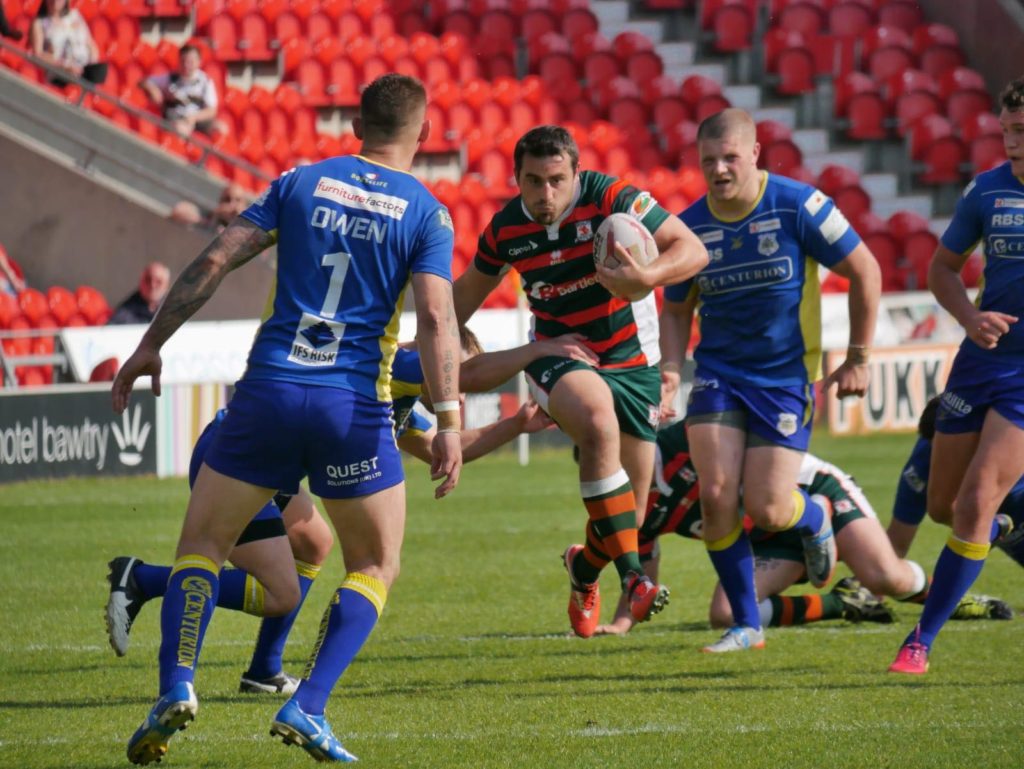 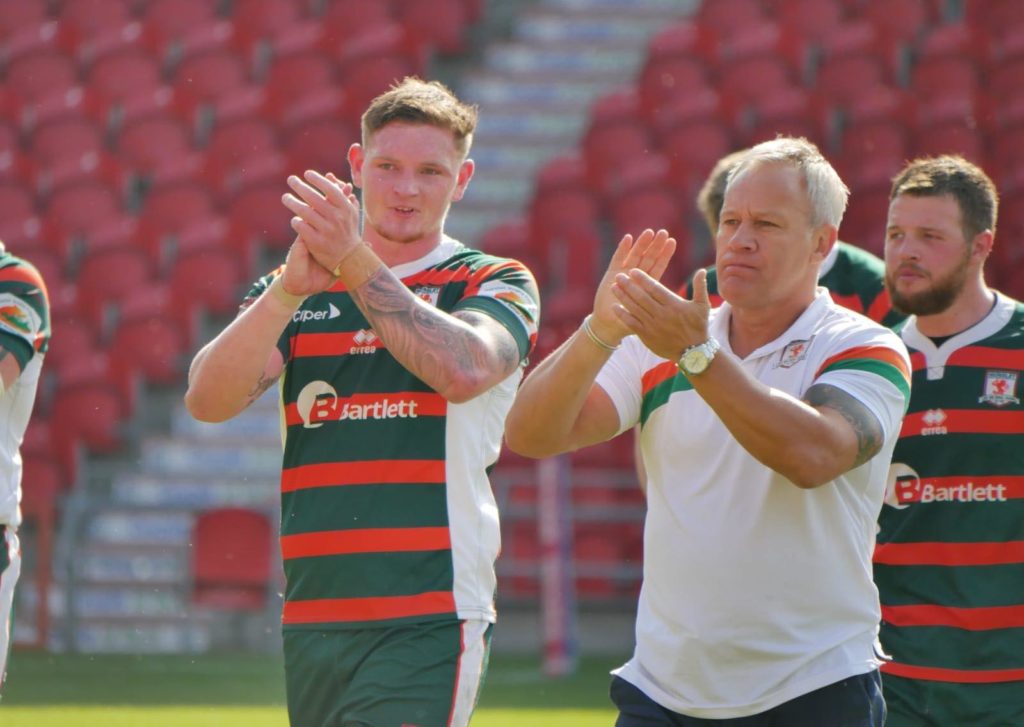