Hunslet kick off pre-season with victory 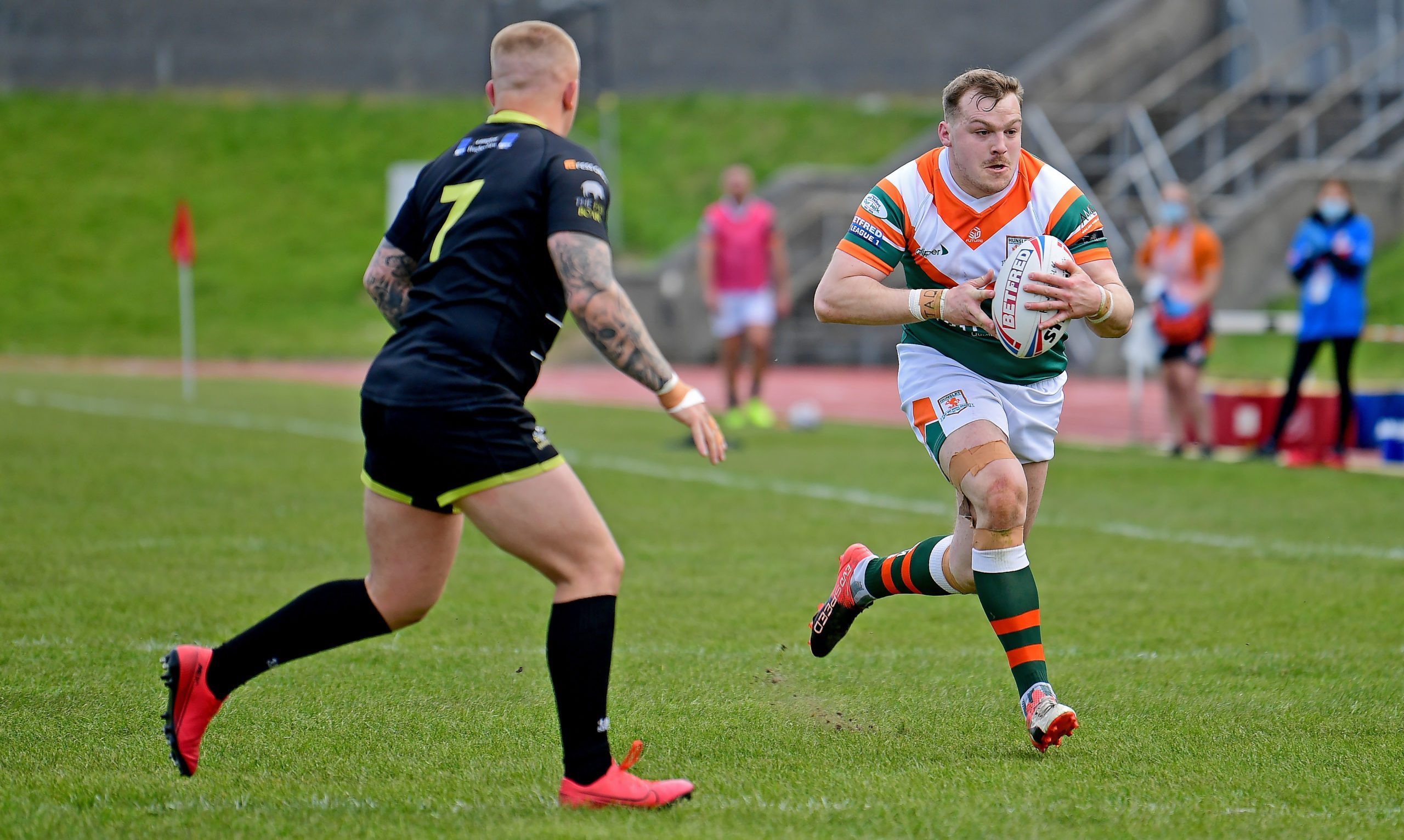 HUNSLET’S FIRST PRE-SEASON HIT OUT ENDED IN VICTORY AS THE PARKSIDERS CROSSED FOR THREE TRIES IN THE FINAL 11 MINUTES TO SECURE A 34-18 VICTORY.

After more than a year away from competitive Rugby League, Hunslet were back at the South Leeds Stadium playing a preseason friendly behind closed doors yesterday (18 April 2021).

This week’s visitors were the North Wales Crusaders (Barrow Raiders visit next week), and Coach Gary Thornton took the opportunity to put out a big squad and give everyone a run out.

The only missing men were Nyle Walker (slight injury), Dom Brambani and the unfortunate Matt Chrimes who took a knock in the warm up.

Hunslet’s staff put on the game with a strict RFL (Rugby Football League) Covid rule set. Different changing areas, temperature tests and Red, Amber and Green zones ensured everyone’s safety. The game was streamed live and supporters were to be commended for staying away and watching the match virtually.

They would have seen Hunslet get off to a strong start, but on too many occasions the ball went to ground and the visiting Welsh team (whose half-backs were impressive) opened the scoring on 10 minutes with Alex Eckley benefitting from a missed tackle. 0-6.

Hunslet began knocking on the visitors’ door and went close firstly from a chip kick and then when Alex Rowe lost the ball close to the line. North Wales had been unlucky to not stretch their lead when they had a try disallowed for a forward pass.

Towards the end of the half though Hunslet began to get on top with half-backs Brown and Coleman running the show, and eventually after good pressure Jimmy Watson went over in the left corner. Almost immediately afterwards Keidan Hartley found a slight gap and put on the after burners to score a great try. Brown converted one of the tries to give Hunslet a 10-6 lead at the break.

North Wales would have felt aggrieved at conceding two late tries and started off the second period well, but it was a Coleman fumble that allowed the visitors to score. Giant winger Patrick Ah-Van rampaging to the corner. 10-12.

On 65 minutes Hunslet nicked back the lead when Louis McConnell literally wrested his way over the line, Hunslet lead 16-12. But the lead was to change again 5 minutes later as Jack Cottington did the same for the visitors 16-18.

The game changed though with 10 minutes to go when Hunslet’s Jamaican international Jordan Andrade firstly barged his way over, before minutes later knocking the full-back into the ground on a rampage to the line. Andrade’s brace now converted by Liam Copland took the game away from North Wales, and when in the dying moments Harvey Hallas fed Jack Norfolk to score under the posts the scoreboard read Hunslet 34 North Wales 18.

It was telling that Hunslet scored 28 points over the last 10 minutes of each half, perhaps they have spent the off season well on the training paddock. The Crusaders will take heart at their performance though and will test a few teams this year.

With a large Hunslet squad swapping and changing it is hard to pick stand outs, but AJ Boardman looks to be in for a good season, as does the speedy Keidan Hartley and Aaron Jones-Bishop. Andrade and Rowe were tough to stop and Simon Brown showed all his experience shifting the ball around the park. Let’s see what next week brings against a much fancied Barrow Raiders. 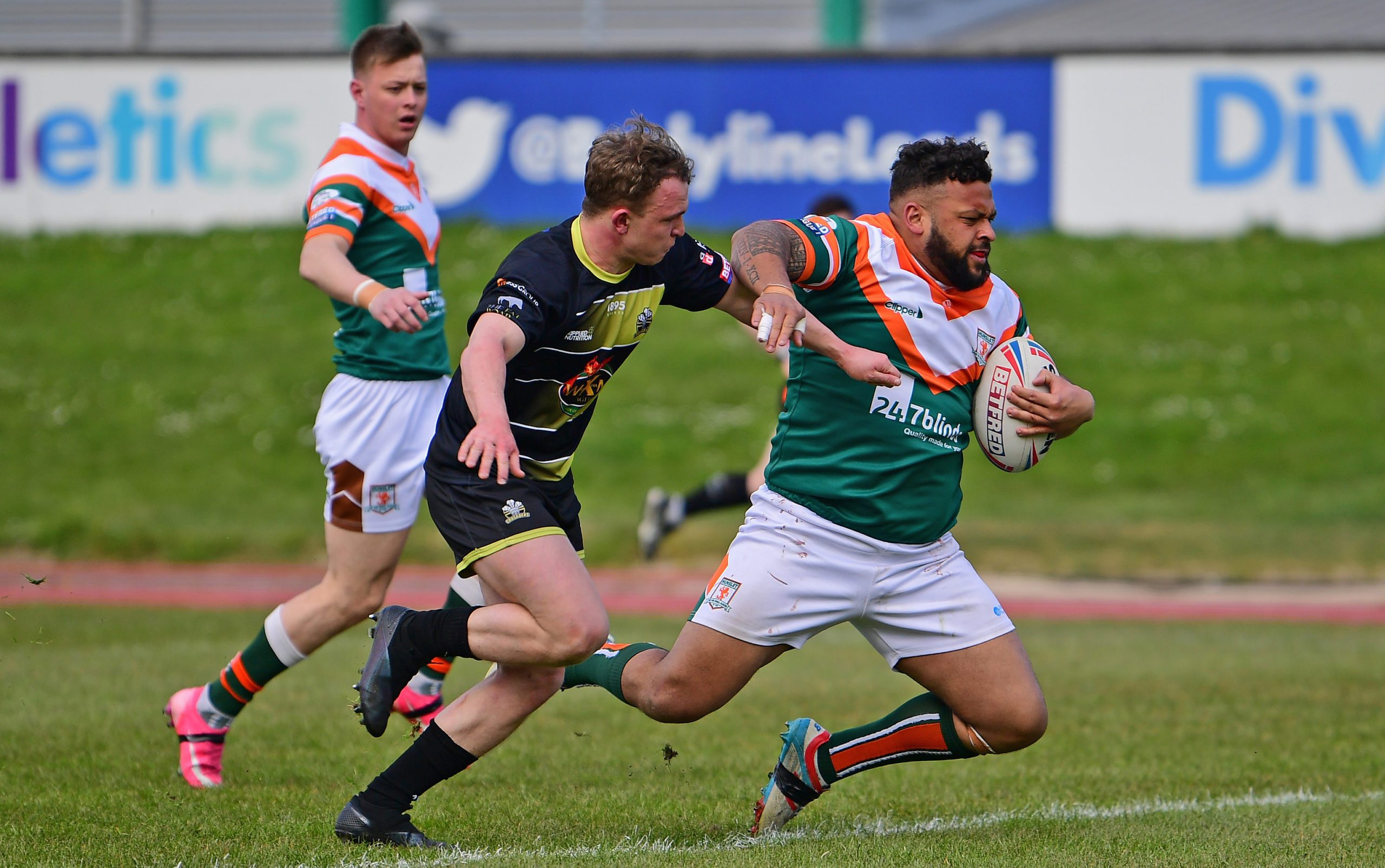 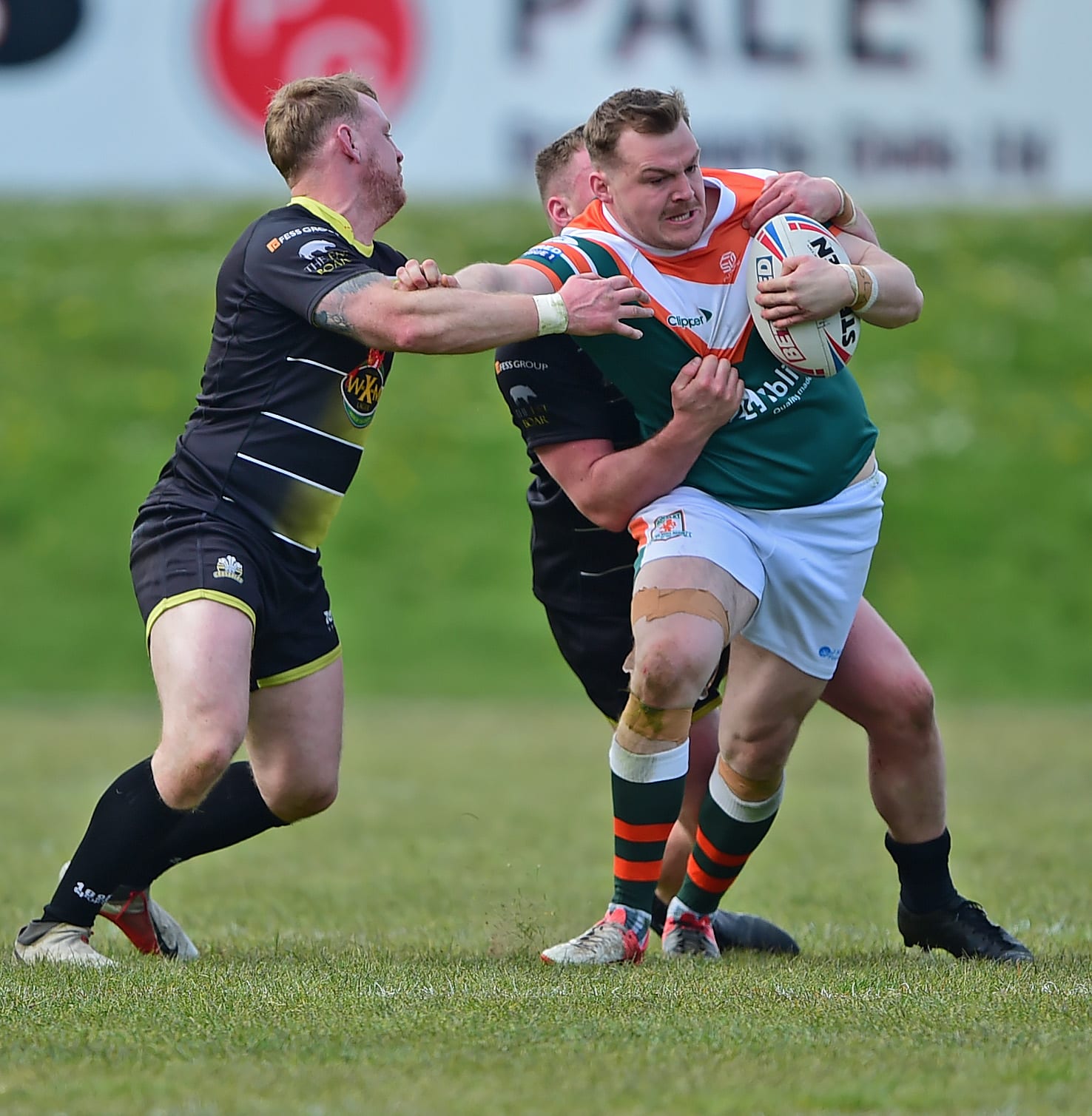 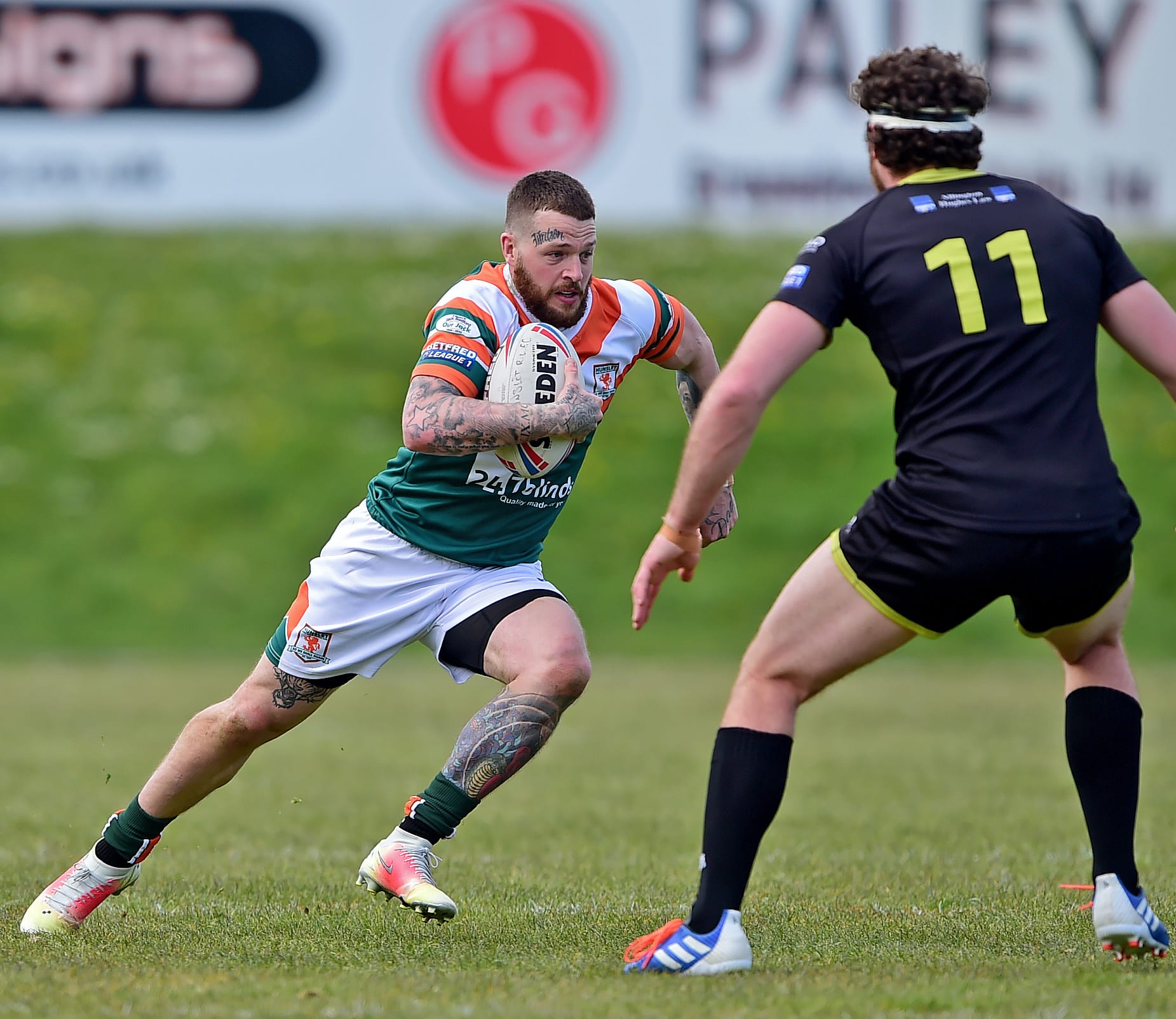 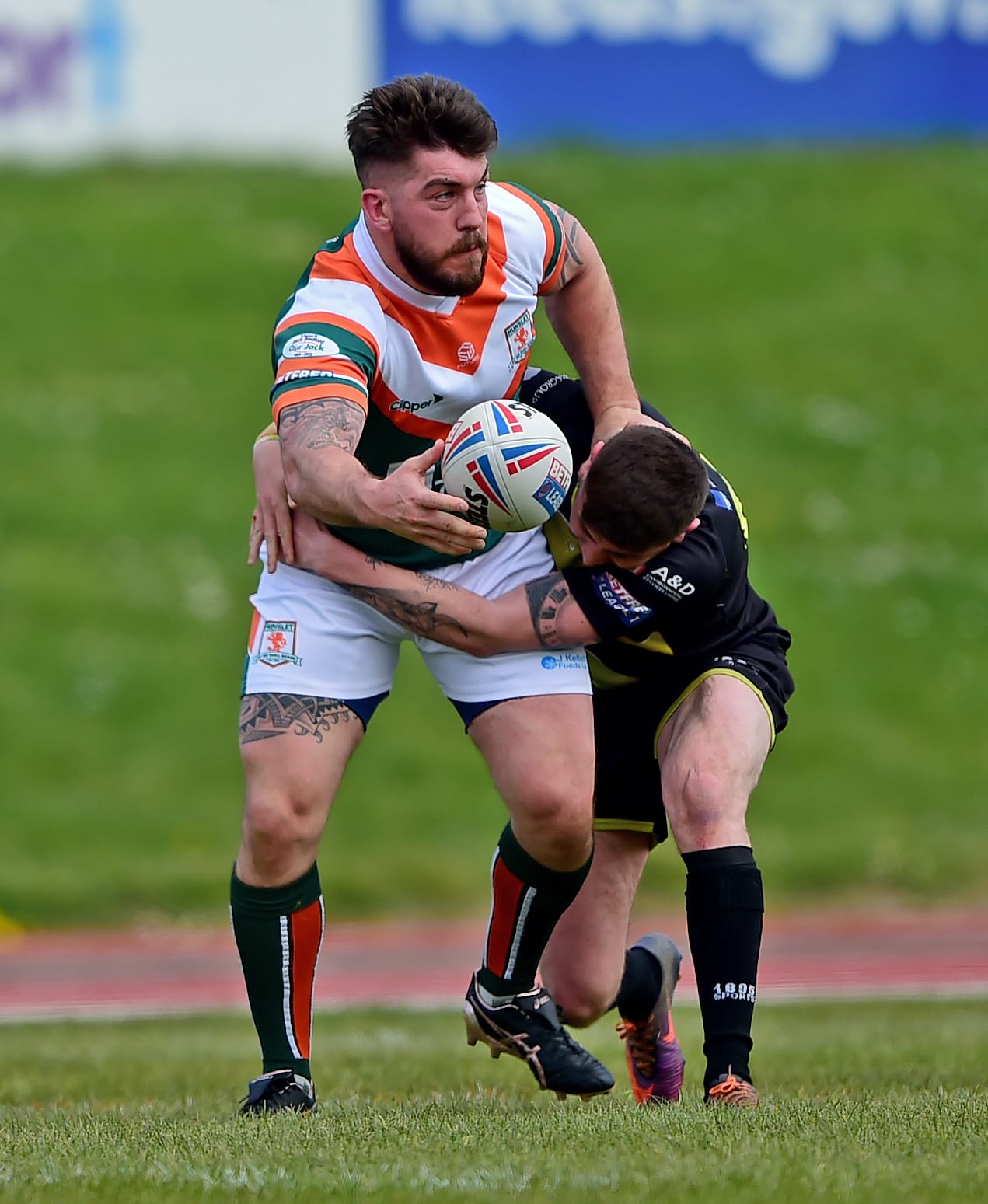 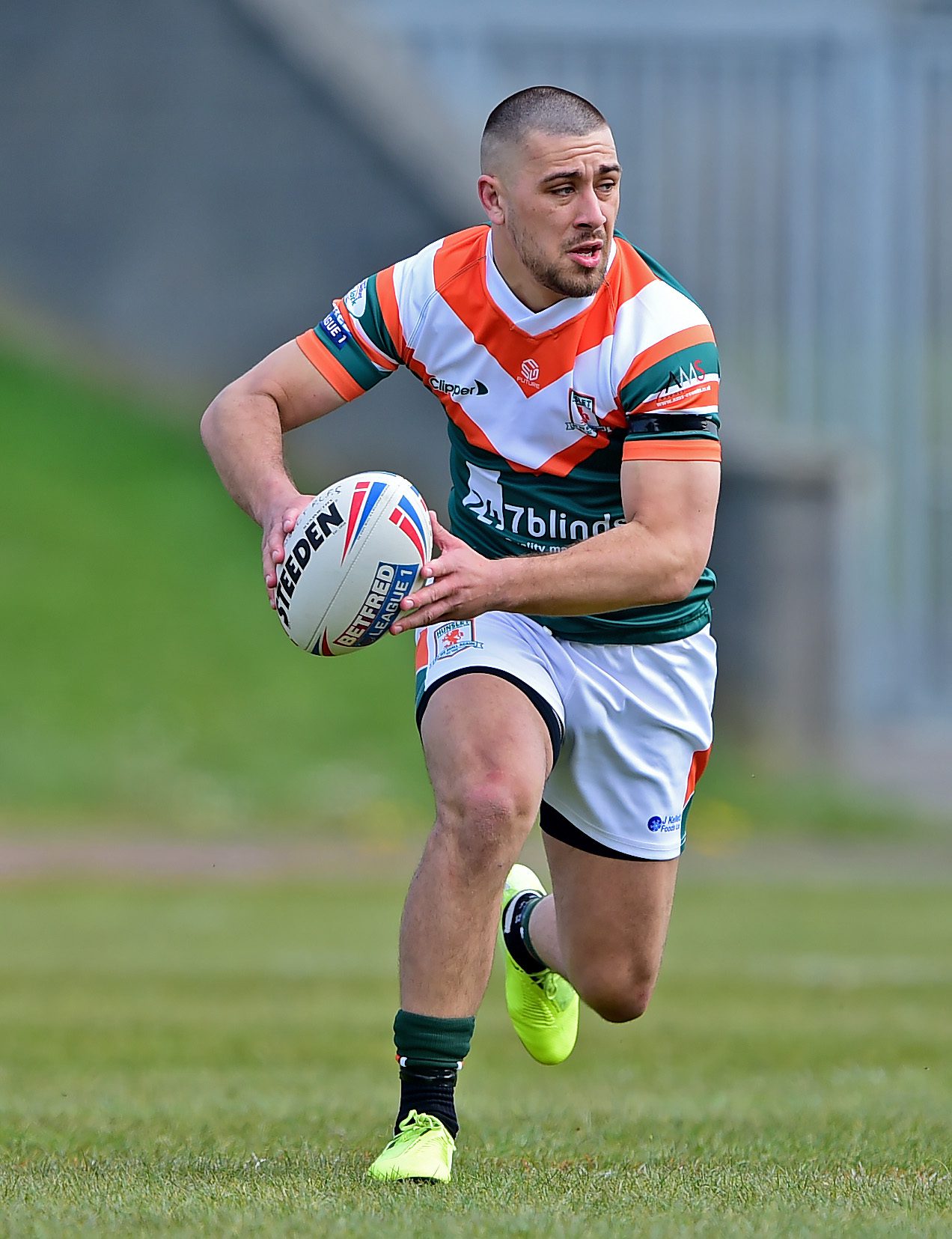 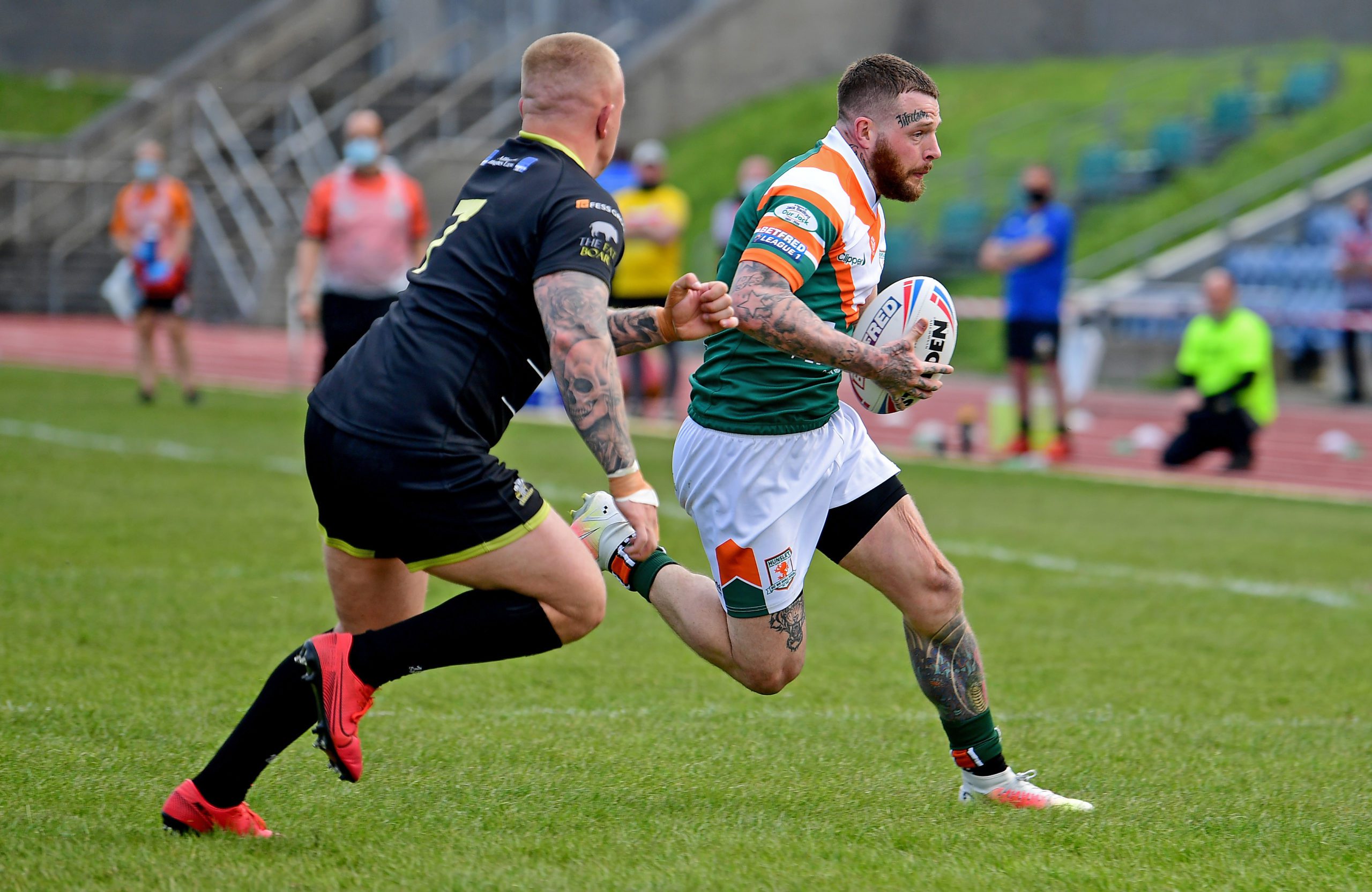