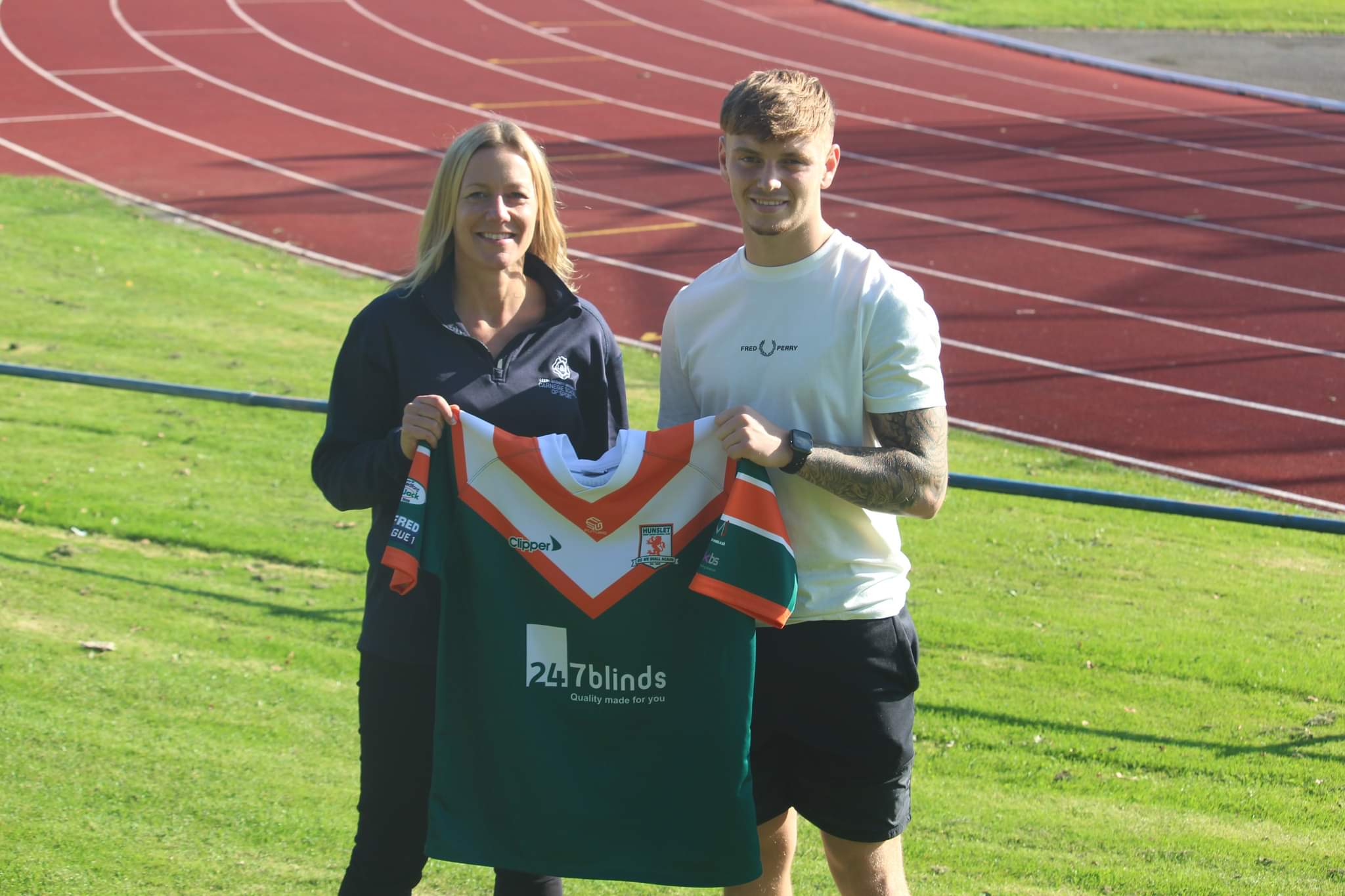 Jack Mallinson, the latest of Hunslet head coach Alan Kilshaw’s talented young local signings, has two targets in mind – helping the side gain promotion from Betfred League 1 in 2022 (subject to the Rugby Football League confirming next season’s structures) and, quite simply, playing the best he can.

The scrum-half, who will turn 20 later this month, has joined the Parksiders in preference to options with other clubs – including in Super League – and he brings local pride to the cause as a student at Leeds Beckett University who went through the ever-productive conveyor belts that are Stanningley and East Leeds prior to signing at Leeds Rhinos Academy.

Mallinson, who hails from Harrogate, first played rugby union at Wharfedale before embracing the sport that had captivated him as a spectator. And he is delighted to be joining Kilshaw’s young and ambitious squad on a one-year deal.

He said: “It was the obvious move when things didn’t quite progress for me at Headingley and I’ve been impressed by what I’ve seen. I know that Hunslet are historically a very big club, with highly vocal support, and I’m looking forward to playing in front of them, hopefully hitting top form and helping get us into the Championship.”

Mallinson can also anticipate hearing – and taking part in – the refrain “We swept the seas before boys, and so we shall again,” which is thought to be not only the oldest club song in Rugby League but very probably in any code of football, anywhere in the world.

Kilshaw has bought fully into the history of the Parksiders since arriving last July. His focus, for all that, is also very much on the future as he amasses a youthful squad of great promise. He said: “Jack was a priority for me as soon as I learnt he wouldn’t be staying at Leeds beyond this season.

“He is a great goal kicker, takes the ball to the line and runs it a lot for a halfback, which I really encourage.

“He is now at the next phase of his development, and needs to be playing against men. He’s had a great environment at Leeds Rhinos, with some quality coaches, which brings him to us with some good habits and qualities.

“We can give him an environment in which to thrive. I’m excited to see him play, and how far he can progress. A local lad, and a student in Leeds, he is well liked amongst his peers and we have a number of them we have on board.

“The intent of his ambition for next season was clear – and he turned down Super League opportunities to play for Hunslet.”

He concluded: “Jack and Dave Gibbons have played together at Leeds as juniors and I’m happy to be able to get them back together in the halves for Hunslet.“It’s an exciting combination – young local lads who want to prove they can do it at this level and beyond.”