Hunslet put Crusaders to the sword 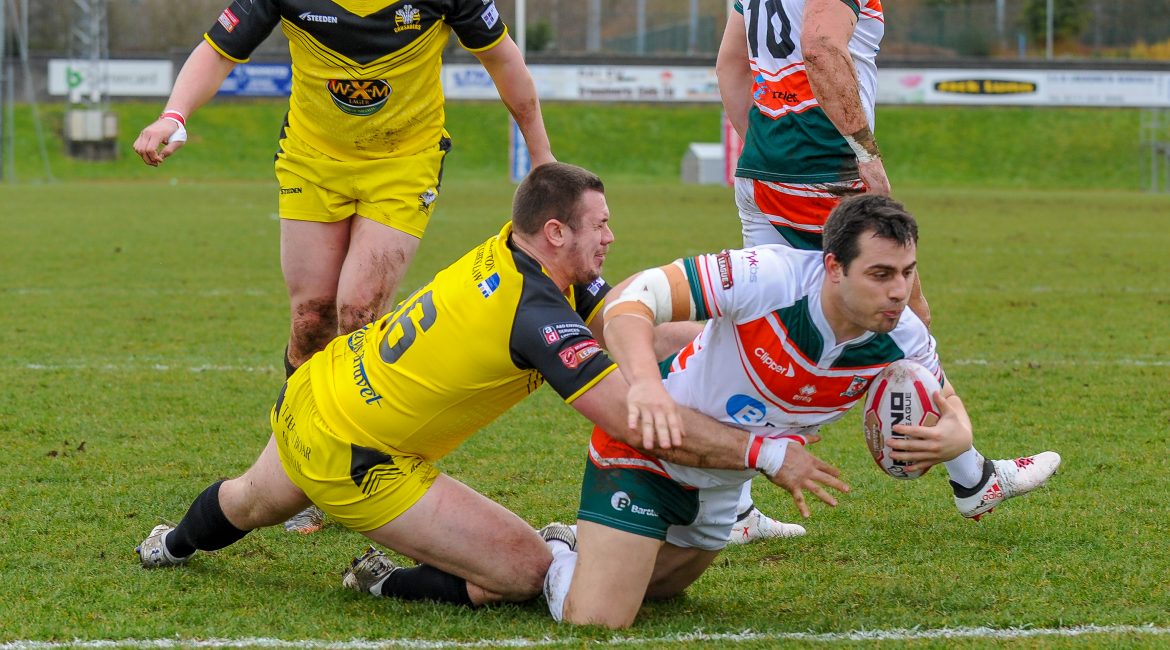 Hunslet RLFC prepared for next Sunday’s big Challenge Cup clash with Bradford Bulls by making it two wins from two in the Betfred League 1 after a testing encounter with the North Wales Crusaders.

Having missed last Sunday’s planned game at home to Whitehaven through bad weather, Hunslet could be forgiven for being sluggish, but on the contrary took the lead in under two minutes when Hooker Jack Lee dummied to go over.

The loss of talisman George Flanagan to the aforementioned Bulls seems to have reignited the fire in Jack Lee, missing in part last season.

Joe Sanderson having converted the try, the game then went into a war of attrition as North Wales found their feet, but it was a brilliant try on 25 minutes that stretched Hunslet’s lead. The ball went from right to left in a flowing move before Gibson passed inside to Watson, who drew the full back to send Sanderson over, who then converted his own try. 12-0.

Watson was again provider, this time putting Joel Gibson over in the corner for a classic winger’s try. North Wales being down to 12 men having a man sinbinned for kicking the ball away.

A stern half time talking to must have been ringing in the Welshmen’s ears as they came out more fired up in the second period. Former Hunslet forward Brad Brennan and on-loan Papua New Guinean forward Stanton Albert became harder for Hunslet to control, and on 42 minutes Simon Atherton went over for a try converted by Tommy Johnson 16-6.

The game then could have gone either way and it was clear the next try would be important. Luckily for the home fans it was to be Hunslet registering next on 75 minutes. Poor discipline from North Wales meant Jack Lee could strike from close range, Sanderson tagging on the extras.

At 22-6 it felt like the game was won and Hunslet started to give the ball some air, keeping it alive Hunslet passed out to the right where Tom Ashton bulldozed his way through defenders to score in the corner.

A late Dale Bloomfield try was scant consolation for North Wales as Hunslet deserved to take the points. Aside from twenty minutes in the second half where the decisions went against Hunslet and a number of injuries occurred (Ryan Mallinder and Shaun Roberts leaving the field) the home side looked strong with Ryan Straugheir and Man of the Match Liam Mackay particularly impressive.

Next week’s Cup game against Bradford Bulls could be deemed a ‘free hit’ with Hunslet having nothing to lose, let’s hope the crowds turn up and it’s a great match.