Hunslet reflect on what might have been after Swinton reverse 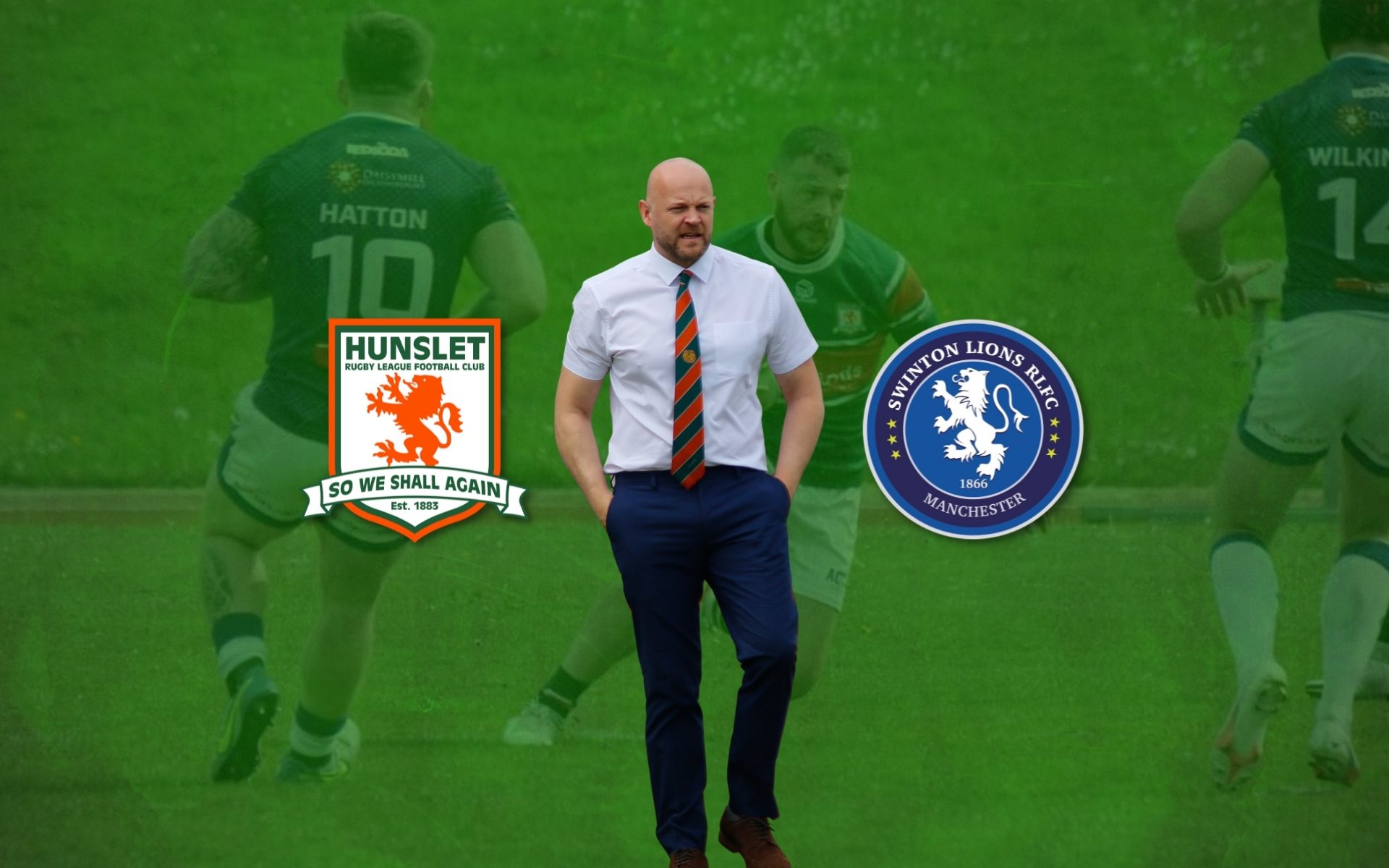 HUNSLET are licking their wounds – almost literally – after having lost Sunday’s home Betfred League One fixture to an experienced Swinton outfit that was in the Championship last season.

The Parksiders, despite having been under the cosh for much of the game – and regardless of having lost captain Duane Straugheir and substitute forwards Daniel Okoro and Joe Summers to injury – were still in the contest in the closing stages against a Lions side that had lost Lewis Charnock to the sin-bin. And, after workaholic winger Wayne Reittie had grabbed his second try four minutes from time, Joe Sanderson adding the extras from the touchline in a two-from-three return with the boot (his only miss bouncing high, but in the wrong direction, off the crossbar), another score, at 28-16 adrift, would have put the visitors under real pressure.

In the event Swinton, who were admittedly the better side on the day, held out – although, and not for the first time this season, Hunslet can feel hard done by regarding a visiting try scored at the city end of the South Leeds Stadium.

A late match-winner by Keighley’s Mo Agoro, from a clear forward pass, cost the Parksiders victory on Good Friday. And Jack Hansen’s touchdown for Swinton in the same spot three minutes into the second period, which many home fans felt involved another forward pass, left Hunslet with a mountain to climb at 24-6 adrift, having conceded touchdowns by Louis Brogan, Charnock and, a minute before the interval, George Roby, with Dan Abram booting four goals.

But Alan Kilshaw’s team, which had gone in front in the early stages through Jack Render, refused – despite Lions fullback Mike Burr racing through – to buckle, illustrating a degree of resilience that is fast becoming a trademark characteristic.

That resilience is personified by Straugheir. Kilshaw said: “Straff broke his arm in the closing stages and it was an injury out of nowhere, really, while he was carrying the ball in. It’s a clean break and he will be out for around six weeks.

“He had only just returned to action after having recovered from a groin operation, and we are obviously being as supportive of him as we can be. And, as an excellent leader and an extension of the coaching staff, he will remain heavily involved as he returns to full fitness.

“Loan forward Daniel Okoro broke his wrist and Joe Summers sustained a knee ligament injury, going to ground when no one was near him.

“We were obviously disrupted by those injuries and Jordan Syme, who started the game in the second row, ended up playing in four positions. That kind of general disruption doesn’t help for fluency.

“We’ve also lost another of our experienced players, centre Jason Mossop – who, like Straff, is in his thirties – who missed the Swinton fixture through a tear in his groin.”

`Killer’ continued: “For all our injury problems, I was disappointed that we lacked aggression against Swinton. We also lacked attention to detail in several areas that we’d worked on, such as positioning when we were under pressure. It can be difficult staying composed when fatigue’s setting in and you’re under stress, but that’s the game of Rugby League.

“More positively, I’m happy with how we responded to setbacks – that’s a quality we’re repeating, which is a good sign in a largely young side. Both our hookers, Harvey Whiteley and Oli Burton, played well, despite all the disruption, and Harvey was unlucky not to score midway through the first half.

“Ultimately, though, we were hit hard by Hansen’s touchdown right after half-time, while there was again a repeat, in the early stages, of our tendency to concede a try just after we’ve scored, which is an issue we’re attending to.”