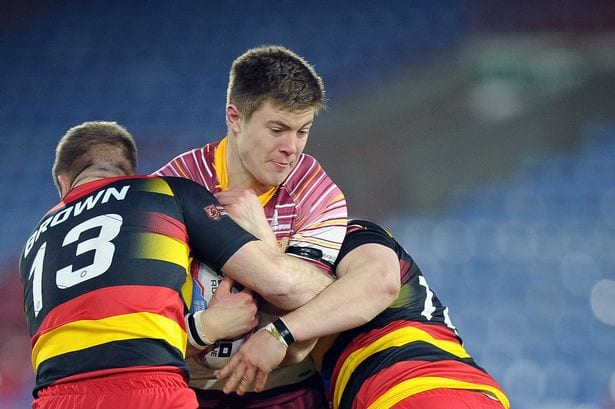 Head coach Gary Thornton said “Unfortunately we have lost the services of Aiden Hema for a short while due to illness, and so have brought in Jon Luke to cover our middle unit.

“He has a great pedigree having represented England Academy, and at 6’ 4 and 110kg’s will provide size and presence in our pack.

“As Huddersfield aren’t running a reserve team they are looking to get Jon Luke some game time, and he will be a good addition to our squad.

“We wish Aiden well and hope he will be back with us shortly.”

Giants Managing Director Richard Thewlis added “Jon Luke Kirby is set to make his professional debut in the colours of Hunslet this weekend having signed on a month’s loan agreement.

“The 20 year old has completed his first full pre-season out of the academy in the first team squad and joins a number of his fellow younger players out on loan in the lower leagues to gain valuable game time and experience.”