Hunslet RLFC have pulled off a major coup with the signing of Halifax powerful centre Ben Heaton.

Ben 28, has signed an initial 12-month deal with the Parksiders with the option of a further year.

Heaton has spent the last seven seasons at Halifax and has been a main stay in Richard Marshall’s side making over 130 appearances for the Championship club scoring 58 tries. Previous to joining Halifax, the former Rochdale Mayfield junior had a successful spell at Oldham scoring 20 tries in 48 appearances.

Heaton who is equally at home in the wing, centre or back-row position played a major part in Halifax reaching the qualifiers in 2018 making 18 appearances, scoring 8 tries. He featured for Fax in all their qualifier matches including facing Leeds Rhinos, Salford Red Devils, Widnes and Hull KR.

Gary Thornton was ecstatic to capture such a highly rated Championship player “This is another quality signing for us, and a fantastic addition to our squad.

“Ben has played a major role at Halifax for a number of seasons, which has seen them become a regular top four Championship side, and to be able to bring a player of this proven quality and experience into our group is a major coup.

“As soon as we were alerted of his availability we threw our hat into the ring, and obviously had to beat of a number of other clubs for his sought after signature.

“Our ambitious plans for the future appealed to him and he chose to come on board.

“He will primarily be used at centre, although he is equally at home in the back row or on the wing, and so provides some flexibility and utility value too.

“Ben is highly regarded and respected within our game, and he will add to our attacking options out wide, but he is also a strong defender.

“He has been at some very good clubs at the high end of the Championship, and his experience will be hugely important to our group.

Ben Heaton commented “I am excited to have signed for Hunslet and I am looking forward to the new challenge ahead.

“I have heard nothing but good things about the club which made my decision to join the club and drop down a division an easy one.

“I am ready for a big season and I cannot wait to get into it.

“GT is putting a strong squad together and I am excited about the season ahead and getting this club back to where it belongs.”

To sponsor Ben for the 2019 season email paul.taylor@hunsletrlfc.com 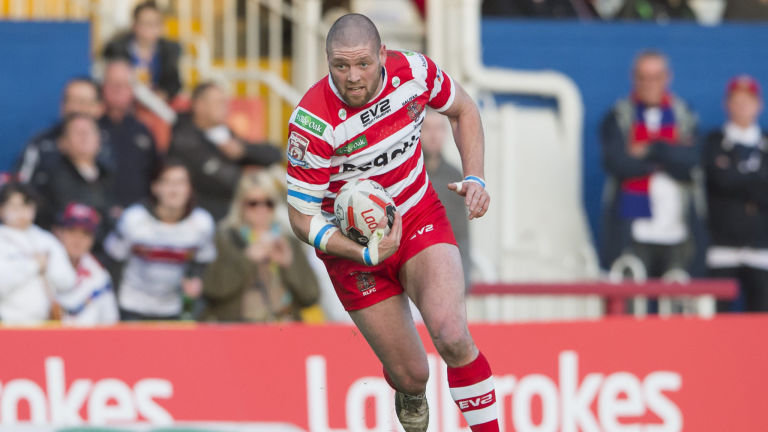