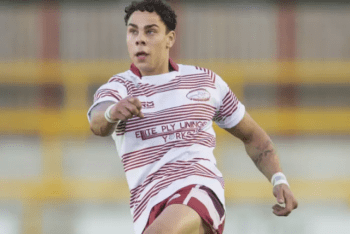 Hunslet RLFC are delighted to announce the signing of Joel Gibson from Thornhill Trojans on a 12-month contract.

Gibson 26 son of former Great Britain international Carl previously signed for Wakefield Trinity Wildcats in 2010 before returning to his roots joining the Trojans in 2013. In 2015 Joel won the NCL Player of the Year award as well as the award for the most points scored across all the NCL divisions.

Director of Rugby Darren Williams said “Joel is a halfback who can also play at fullback, he picked up the NCL player of the year for division 3 in 2015 and was also the leading points scorer in the whole of the NCL racking up 307 points from 32 tries and 89 goals and was instrumental in the Thornhill club gaining promotion.

Gibson added “I’m really pleased that I have signed at Hunslet, it’s a great club with big ambitions and I’m looking forward to getting stuck into pre season and hopefully helping the club achieve the goals set out for the season ahead.”