Hunslet swoop to sign half back Romain Pallares from Toulouse Olympique

Hunslet RLFC can today announce the signing of half back Romain Pallares from Toulouse Olympique.

Pallares 21, came through the Catalan Dragons youth system before signing for Toulouse in 2017.

Romain has represented France at junior level and is a current Spanish international staring in a World Cup Qualifier in October scoring a hat trick of tries in a man of the match performance against Russia.

Head Coach Gary Thornton said “We are pleased to welcome Romain to the club. He was highly recommended to me by Spain coach Darren Fisher, where he has featured heavily in their 2021 World Cup qualifying campaign.

“He came through the academy ranks at Catalans Dragons before joining Toulouse where he has been understudy to first team halves Stan Robin, Jonathan Ford and William Barthau.

“He is a creative ball player, and is comfortable at 6,7 or 9, as well as being tough in defence.

“He is backing himself to make an impression in the UK and hopefully he will add another option to our group in our aim to remain in the top 6 of this very competitive league.”

Director of Rugby Darren Williams said “We are getting towards the business end of the season and it’s imperative we continue to improve the squad.

“Gary identified an area he wanted to strengthen and once we were alerted about Romain’s availability we moved quickly to secure his services, he joins us immediately until the end of the season.

“He will train with his new team mates on Tuesday and be available for our game on Friday night against Doncaster here at South Leeds.

“I’m delighted to welcome Romain to Hunslet, I remember the excitement when the club brought Nico Slain, Michael Mark & Charlie Wabo to the club from Papua New Guinea in 2010 and we are looking forward to seeing him in action.

“I would personally like to thank lifelong supporter Steve Brady who has helped to facilitate the move.”

Of the move to England Pallares added “I am very happy to join Hunslet and meet my new team mates and the staff.

“I can’t wait to start this new and exciting challenge for myself at my new club.”

Pallares will be sponsored by Yorkshire Signs. 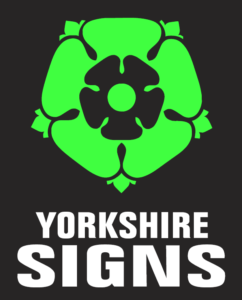