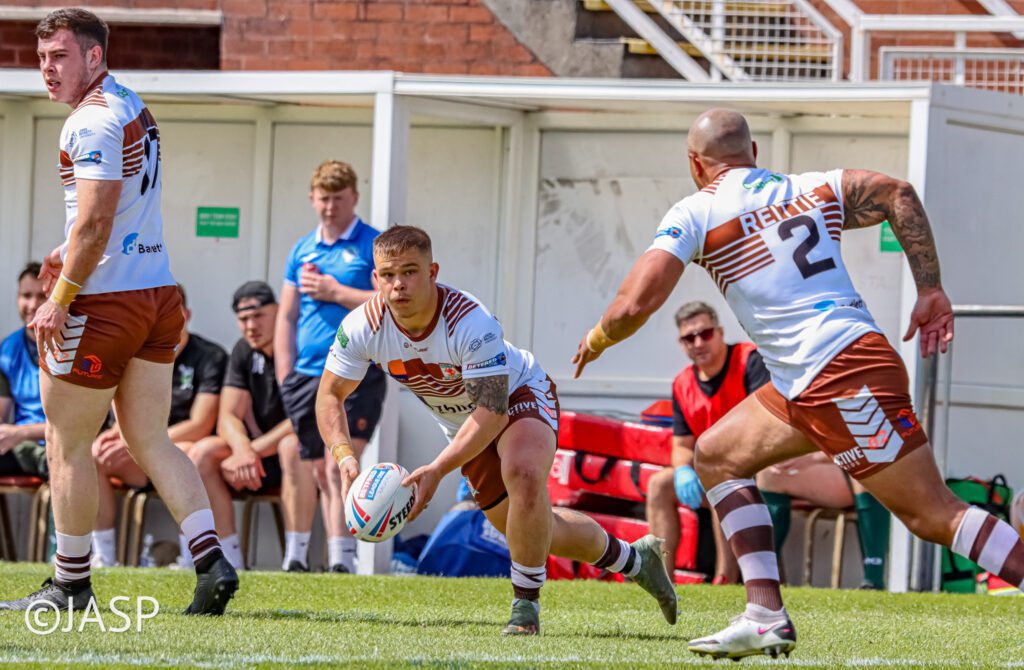 Hunslet were on top from the beginning as they won away at West Wales Raiders (21 May 2022).

On his return from injury David Gibbons, playing at Centre, scored twice and set up Wayne Rettie for a hattrick as Hunslet cruised to a win at Stebonheath Park in Llanelli.

Harvey Hallas, Kiedan Hartley and Josh Jordan-Roberts also made it onto the score sheet and Joe Sanderson kicked 7 goals.

Hunslet scored on five minutes having been given a repeat set close to the West Wales goal line and scored a second try in similar circumstances three minutes later. Two more tries followed half way through the first period before West Wales replied with a breakaway try on 34 minutes.

However the Parksiders responded three minutes later to keep the momentum going into the break 6-26 ahead.

West Wales held Hunslet in check at the start of the second half, but the Parksiders scored again on 62 and 69 minutes. Callum Merrett doubled the home team’s tally before Hunslet closed out the game with a final try in the 79th minute.