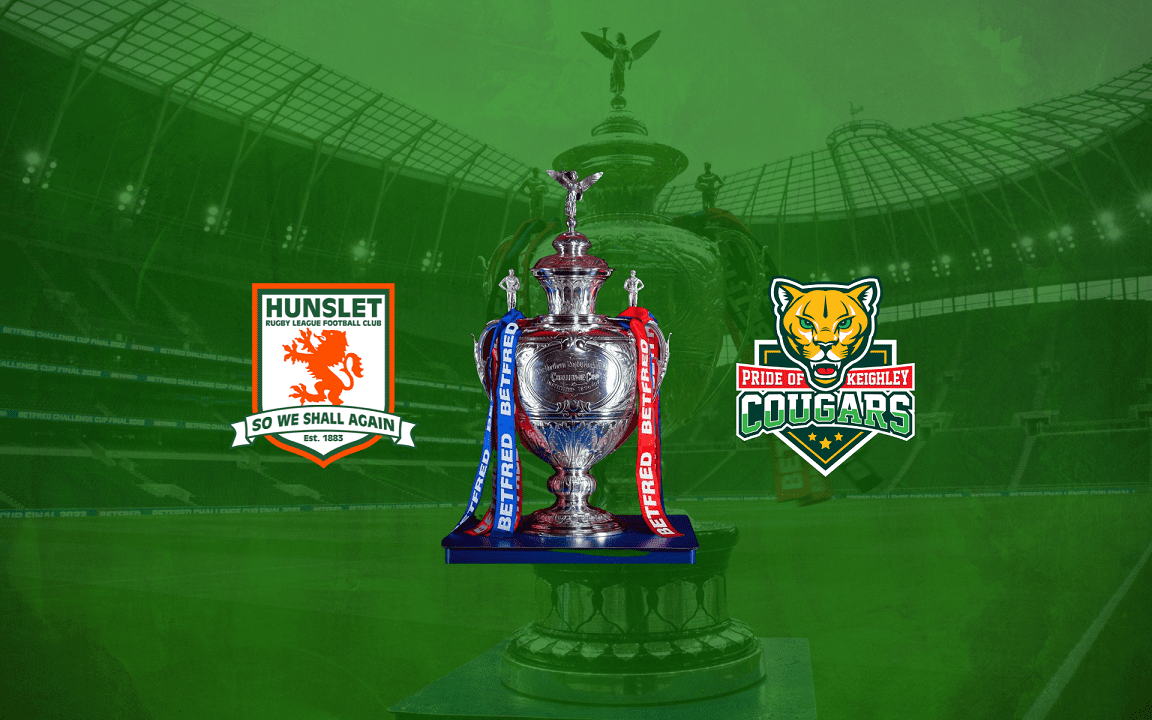 The line-up includes thirteen players hoping to make their debuts for the Parksiders, `Killer’ having set about a rebuilding process during the off-season.

The fixture is Hunslet’s first of the year, and Kilshaw said: “Picking 21 – and then 17 – has and will be a difficult task, every member of the squad has committed to the journey we are on and has made some great strides at practice, and in daily habits and lifestyle.

“`Culture’ isn’t key phrases or quotes on the wall, it’s a daily commitment. We have seen that from this group and it’s only going to get stronger as the bond in the squad develops.”

He continued: “We have gone with players that we feel are ready for some matches, and who we have seen more of in game situations. The lads who are not in the 17 will feature in the Harry Jepson OBE Memorial Trophy fixture against Leeds Rhinos on Sunday week.

“Our overriding priority remains the League campaign, however we are proud and honoured to be taking part in such a prestigious and historical competition as the Challenge Cup, and we are taking our preparations for Sunday very seriously.”

Kilshaw concluded: “I would also like to pass on best wishes on behalf of all at Hunslet to Mike Smith and wish him a speedy recovery; hopefully he will be well enough to attend our home league game against Keighley on Good Friday.”

Of those, only Watson, Reittie, Hartley, Gibbons, Hallas, Whiteley, Straugheir and Summers featured with the Parksiders in 2021. 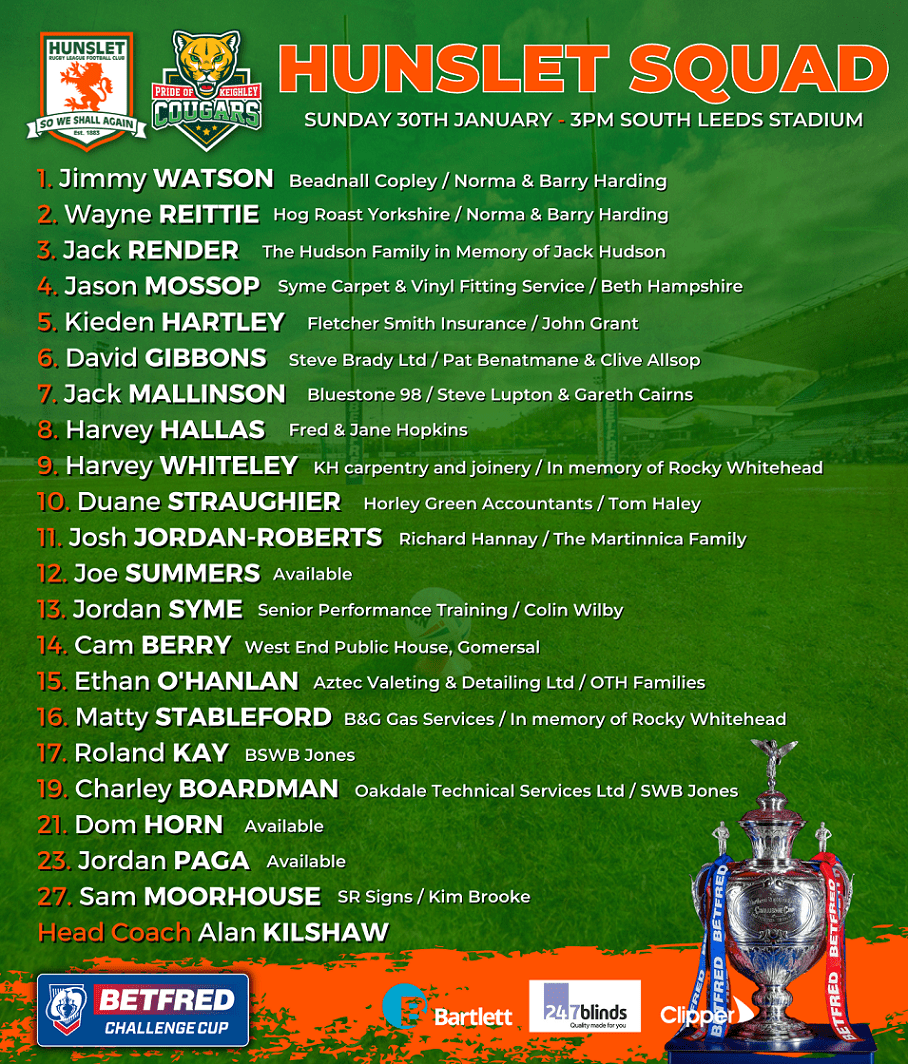