The draw kings of Rugby League!

That’s Hunslet who, for the third time this season, ended a Betfred League 1 fixture on level terms with the opposition.

It’s a record which serves hard evidence that, for sheer edge-of-the-seat excitement, games involving the Parksiders’ are unmissable events. Not that Hunslet’s head coach Alan Kilshaw, who has only lost one of five games since being appointed in July, is totally convinced; especially as the 34-34 draw at his former club Rochdale Hornets followed a familiar pattern of opponents battling their way into matches after the Parksiders had appeared to be in control.

Hornets, who were 32-16 behind on 70 minutes, blasted back (helped by several Hunslet sin-binnings, the Parksiders having already lost Vila Halafihi and Aaron Jones-Bishop before having Lewis Young yellow-carded for the last ten minutes for a professional foul) to lead 34-32 with time running out. But the Parksiders salvaged a point with a late pressure-cooker penalty by halfback Jy-Mel Coleman.

Hunslet had, in Kilshaw’s first game in charge, been pegged back to 20-20 by Keighley, while Doncaster had snatched an 18-18 draw in Gary Thornton’s last home match.

Kilshaw said: “I really do think – regardless of my involvement with Hunslet – that the RFL should have opted for points, rather than percentages, to determine league paces in League 1, with `golden point’ (as in other competitions) invoked when teams finish level after 80 minutes.”

From his perspective as the Parksiders’ coach, he said: “It’s bad for the nerves, especially when we relinquish winning positions, and I’m still not really sure how I felt on the final hooter at Rochdale. Probably a bit relieved, as we didn’t lose. I never thought Jy-Mel – who had a very good game – would miss the late penalty. He’d been wide with one or two earlier shots, but for whatever reason I felt very confident that he’d hit the target when it really counted.”

He continued: “At 32-20 we missed the chance to land what would surely have been a clinching drop goal, while we played 30 minutes of the game with only twelve men, including the last ten minutes without our fullback, which is obviously a key position. Two of our sin-binnings were very harsh. Vila Halafihi was yellow-carded for a cannon-ball tackle, which he simply doesn’t do and which he certainly didn’t do on that occasion. In fact, having looked at the video, he shouldn’t have been penalised, never mind sin-binned. And Aaron Jones-Bishop got ten minutes for fighting when he didn’t even throw a punch, in effect he was yellow-carded for getting punched in the face.”

`Killer’ reflected: “But we put ourselves under needless pressure. We didn’t complete our first set at the start of the second half, and although the players did superbly to subsequently hold out for five consecutive sets, those 30 tackles on the trot, plus the yellow cards, eventually and inevitably caught up with us. But regardless of all that, we have to be tougher mentally, and we should be able to see games out.”

He concluded: “We’ve no injuries from Sunday, which is obviously a plus, while other positives are that we got ourselves in a winning position, that we didn’t lose the game, and that we showed massive resolve to rescue a draw.” 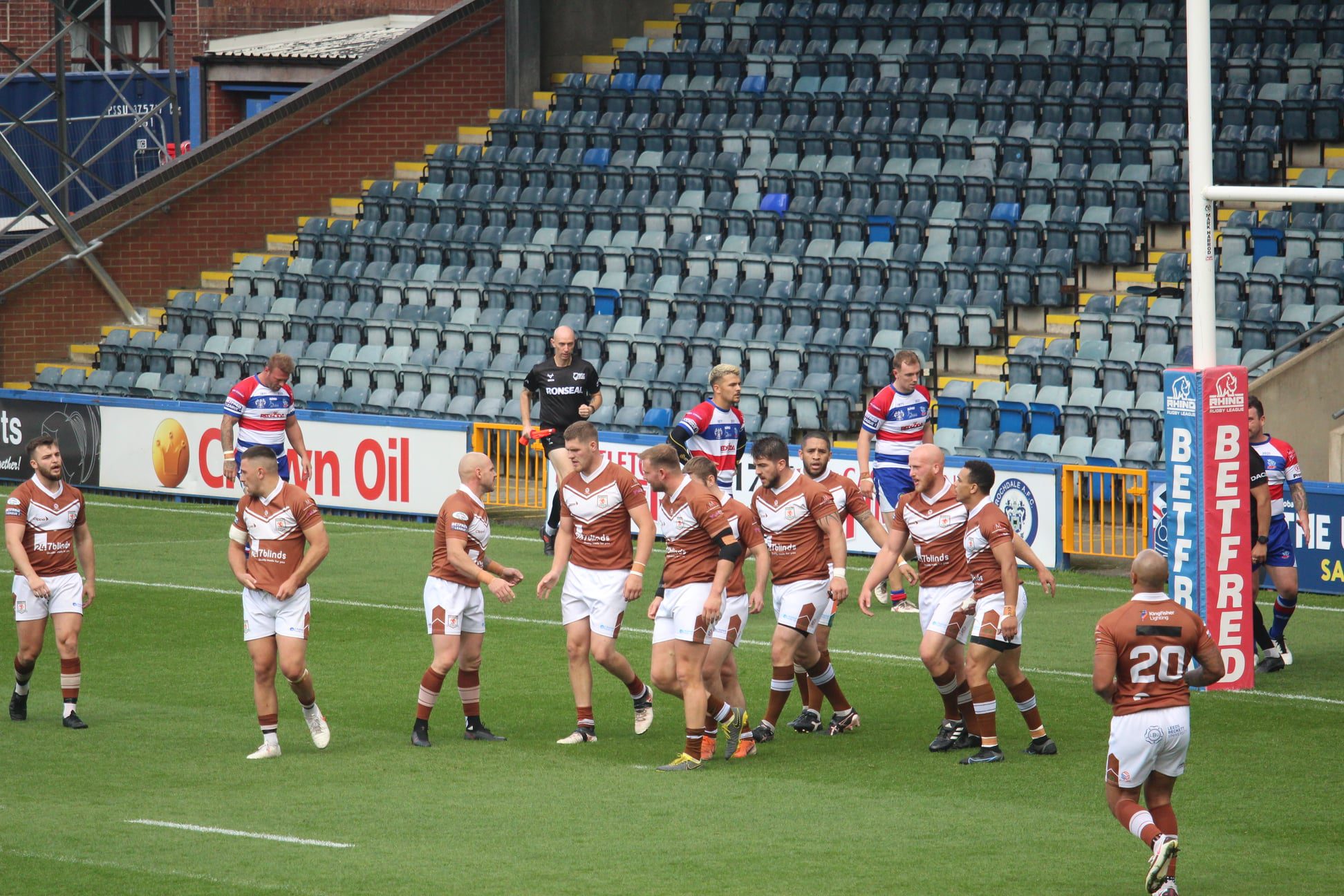