Hunslet RLFC left it late again to secure a 6th victory on the bounce against a strong Oldham side at a boiling hot South Leeds Stadium.

Oldham’s unbeaten run had been building and something had to give as the two form teams met in a game that showed there isn’t much between teams at the top end of this Betfred League 1.

Hunslet had the better of the early encounters, Tom Ashton held up over the line on 5 minutes, but it was Oldham who registered first when Luke Hooley latched onto a ball slipped out of a tackle to dive over. The conversion missed gave Oldham a 0-4 lead.

On 25 minutes though former Doncaster man Zack Braham fed off a Liam Mackay ball to score by the posts, Joe Sanderson converting to give the home side a 6-4 lead.

Tempers frayed in the heat and after shenanigans in the tackle, Jimmy Watson reacted and was penalised in a kickable position for the visitors 6-6.

Oldham came more into the game as the half progressed and struck at the worst time, right on the hooter as Wilkinson sloped over from a seemingly innocuous acting half back position. Oldham led 6-12, cue a rousing half time team talk needed by coach Gary Thornton.

Hunslet started the second period much the better with Southernwood and Sanderson throwing long balls to feed the threequarters, one such set David Foggin-Johnstone down the wing creating an early chance for Hunslet.

Oldham had their chances too as quick passing to the left should have resulted in a try, only for the ball to be knocked-on to the pure delight of the home faithful.

On 65 minutes though Hunslet made a breakthrough. Having been harshly penalised, the referee gave Hunslet a soft penalty and from the resulting play the ball was shipped to the left quickly where Mufaro Mvadudu used his strength to score, Joe Sanderson converting. 12-12.

Now, it was time to think about a Drop Goal attempt, and it was Hunslet who went first, Cain Southernwood slicing wide of the right post.

But it was Hunslet who did take the lead, Man of the Match Zack Braham breaking and when his legs gave up on him feeding it to Cain Southernwood who romped over for a try! Unusually Sanderson missed the conversion, so a nail biting last few minutes were in store for the Hunslet supporters.

At this point Hunslet started to get nervy and make mistakes, inviting Oldham onto them. But solid defence and some over ambitious Oldham passing meant Hunslet’s line stayed intact.

The second half seemed to last forever, but nearly an hour after it had kicked off the hooter went and Hunslet arms were raised in the air in celebration.

On a day when people were celebrating the life of Hunslet’s greatest ever player, Geoff Gunney MBE. It was fitting that the team won against their very first Northern Union opponent at Geoff’s beloved Parkside.

This season gets better with each game. 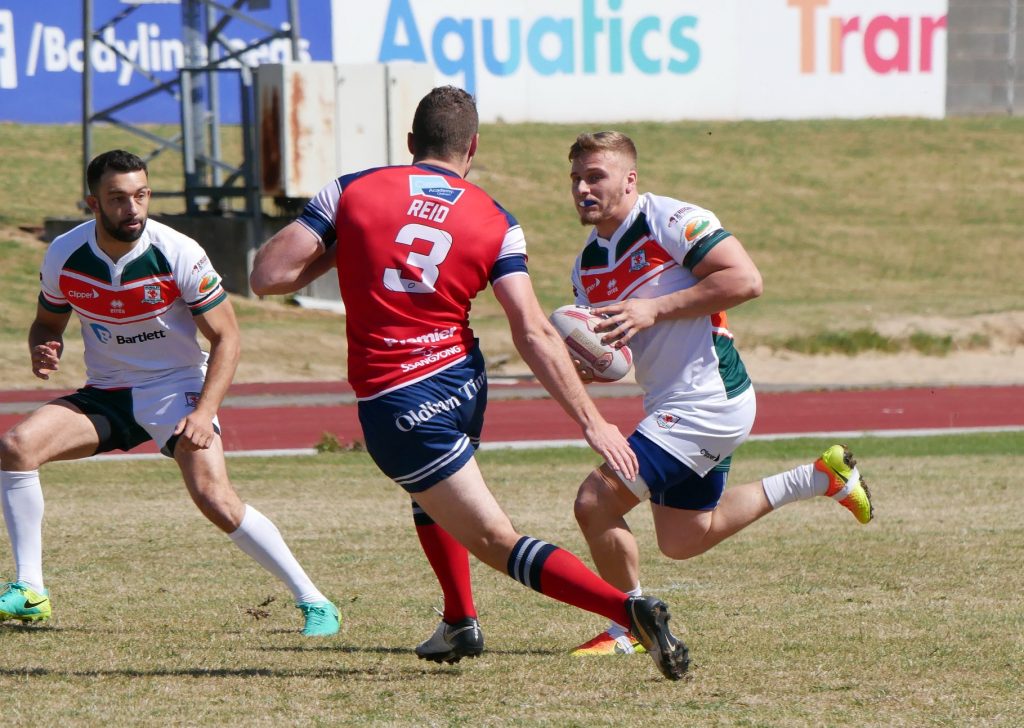 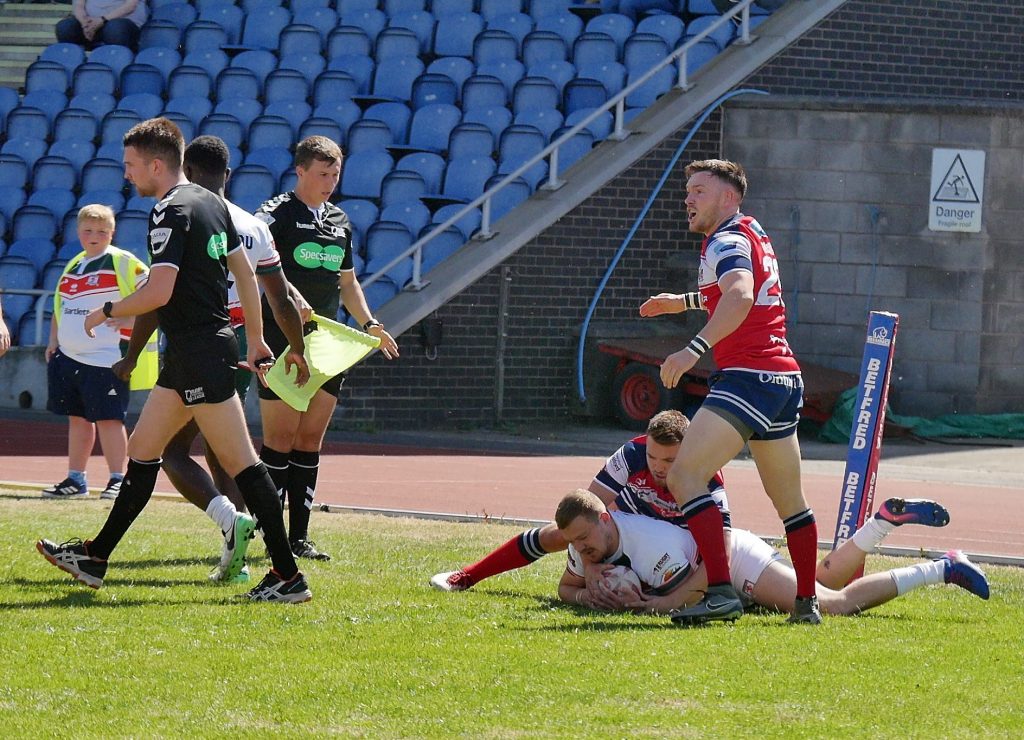 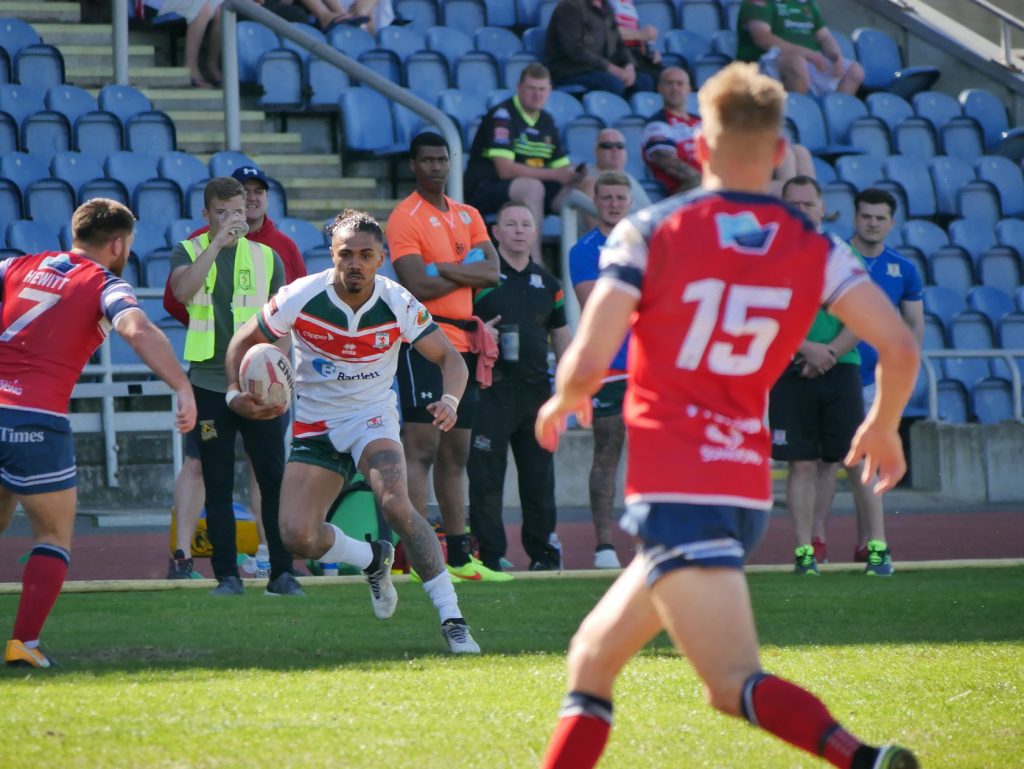 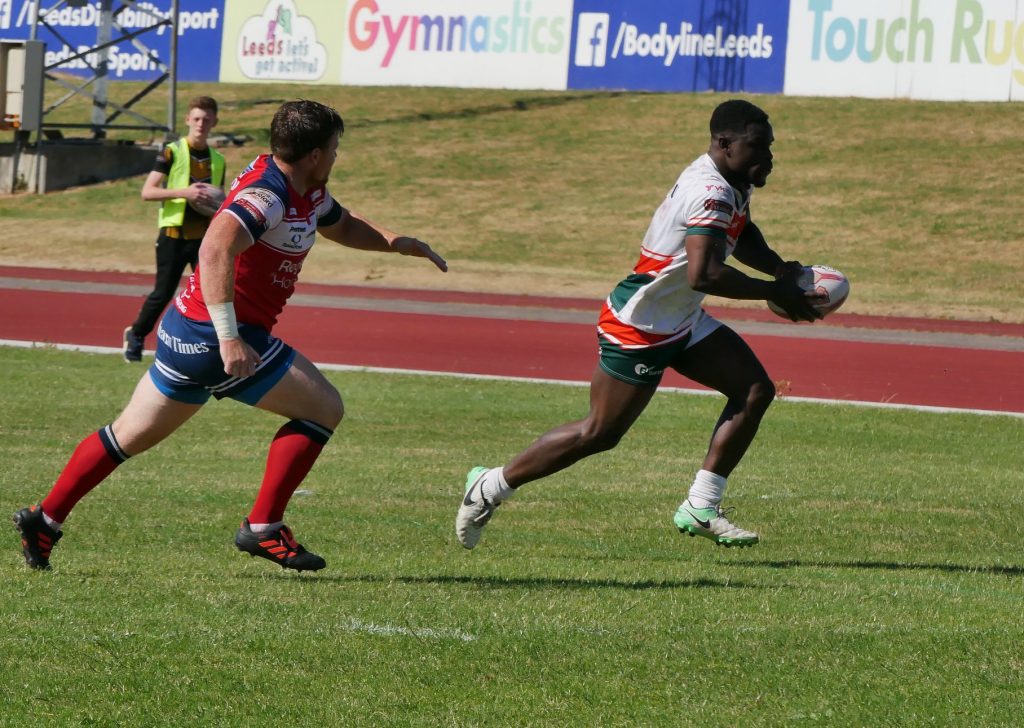 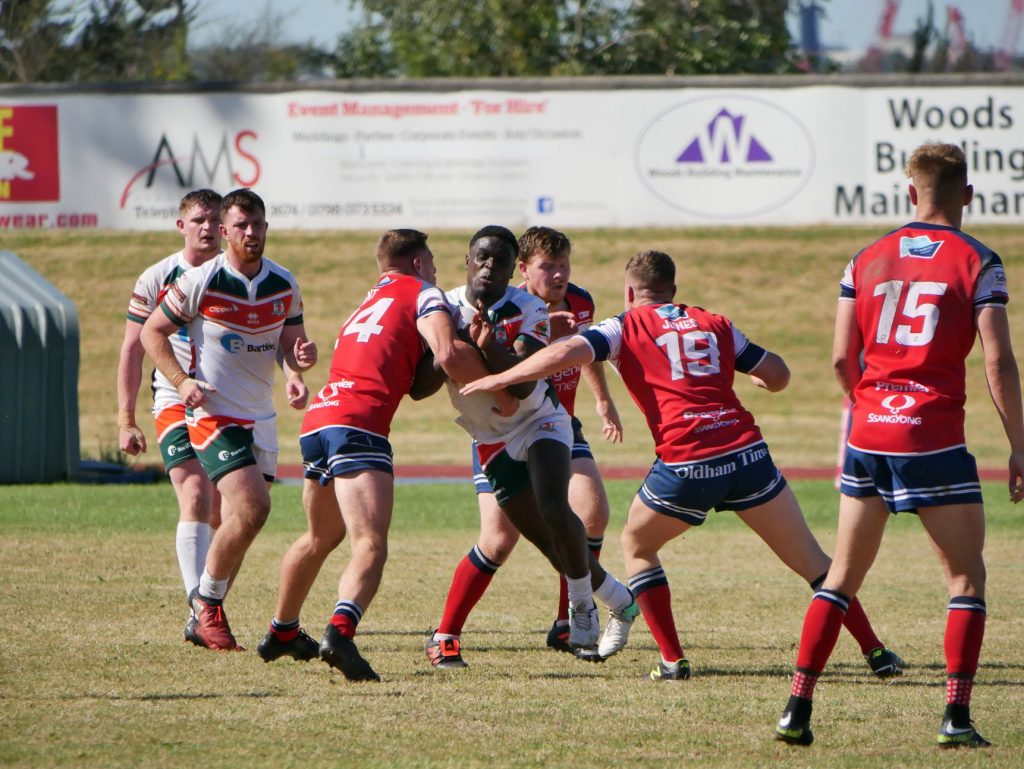 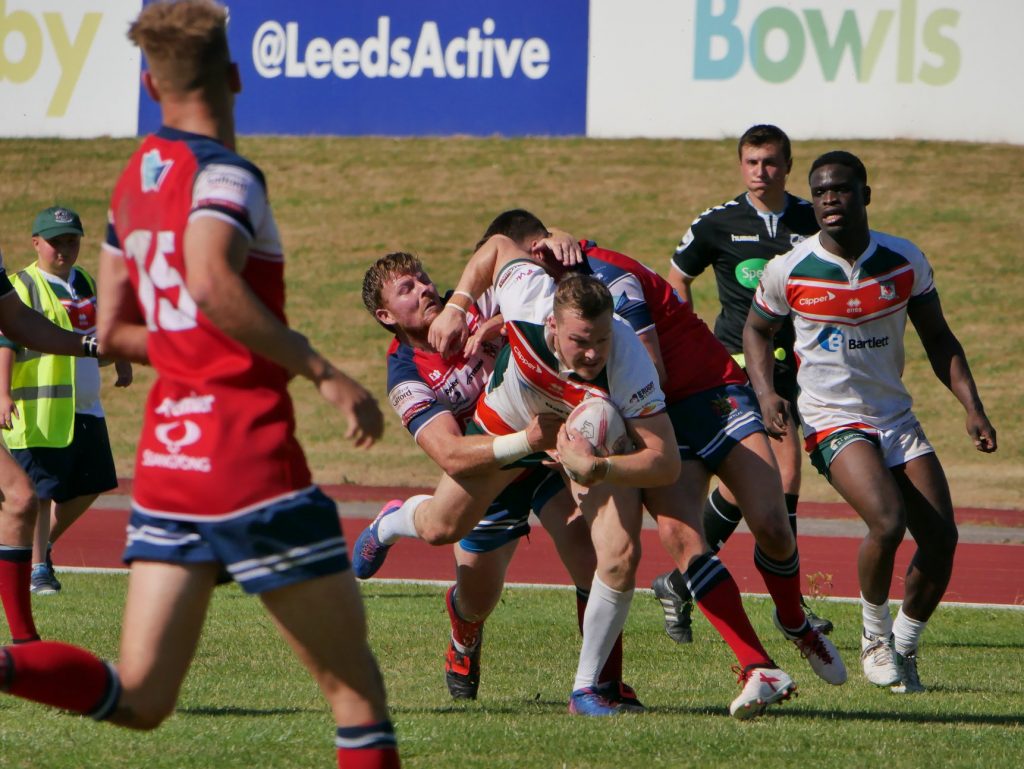 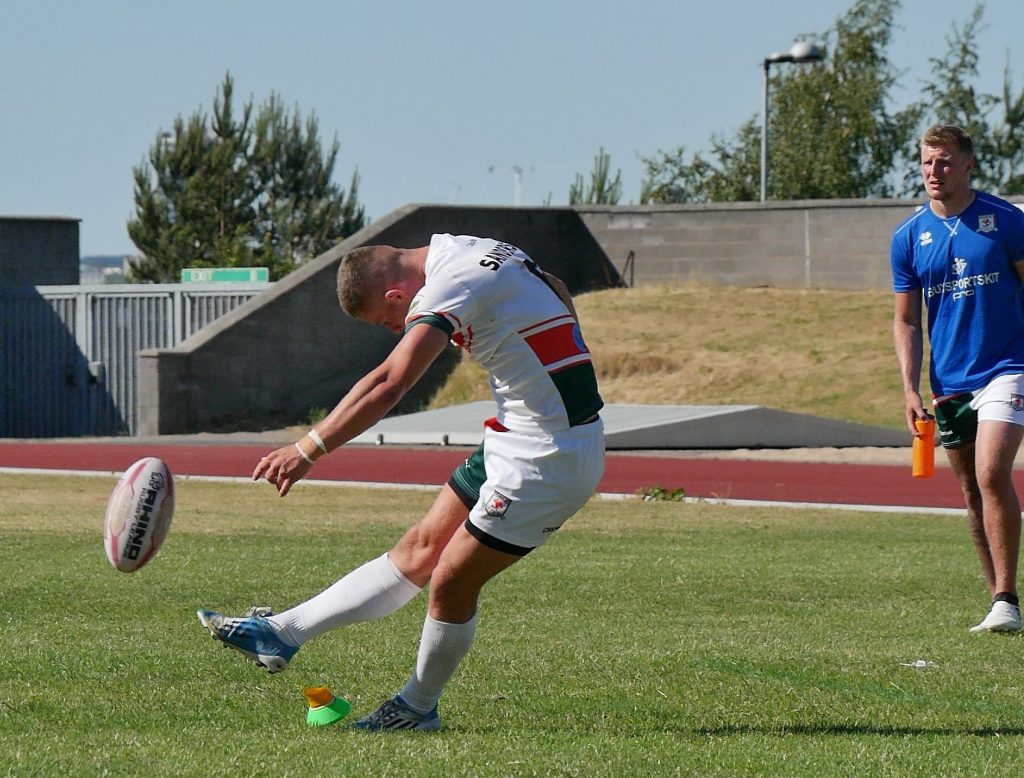 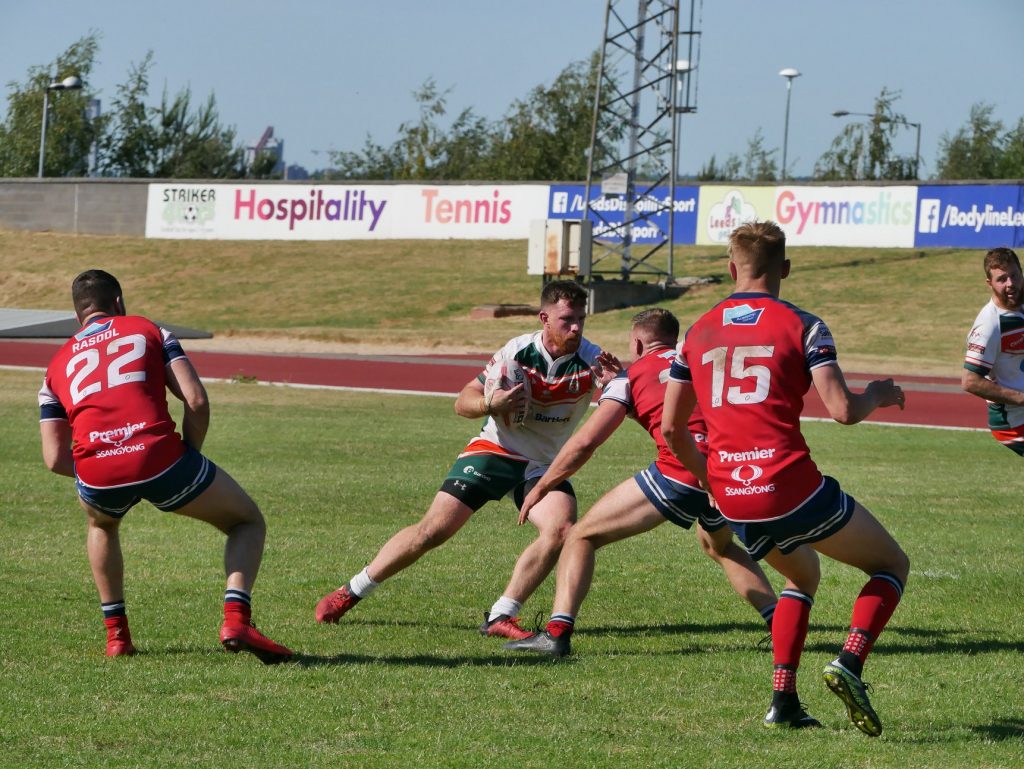 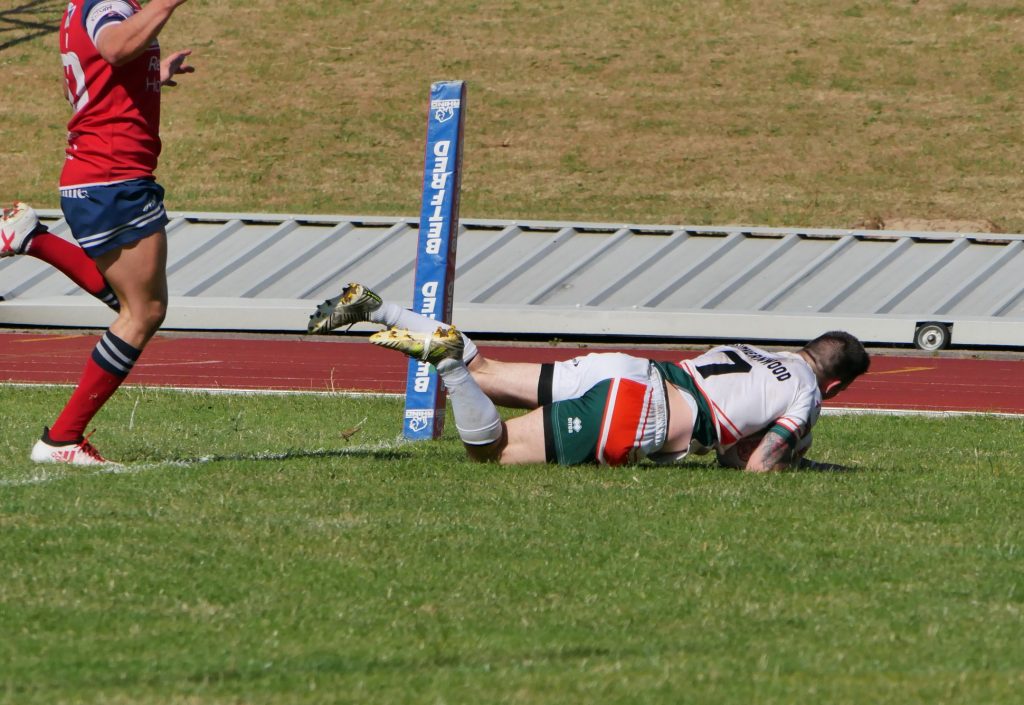