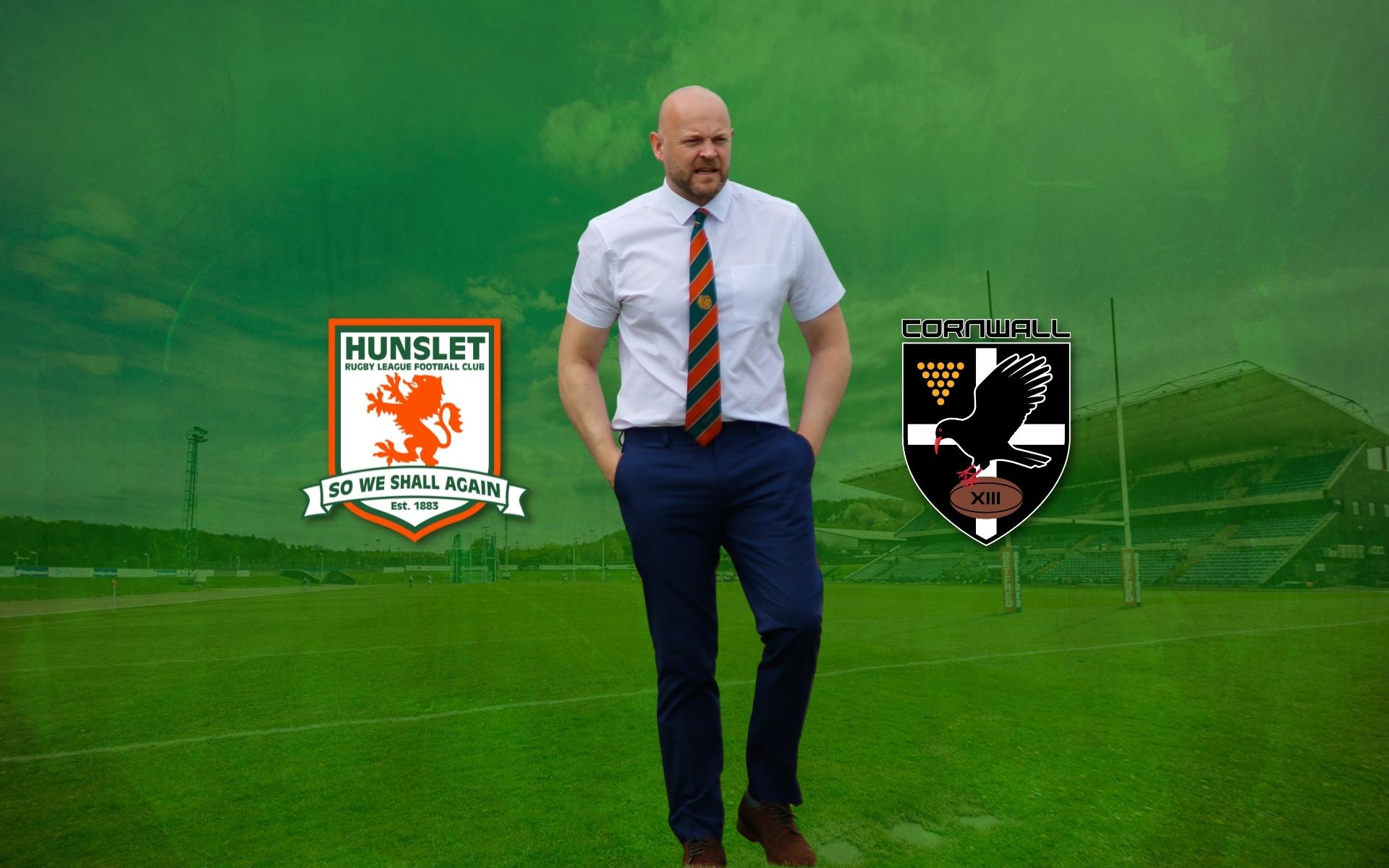 The line-up includes captain Duane Straugheir, who has been sidelined for several weeks after having had a groin operation, together with loan men Cole Oakley, Jacob Doyle, Oli Burton, Connor Moore and Daniel Okoro.

Hunslet are without halfback Dave Gibbons and hooker Cam Berry, both with shoulder injuries, together with forwards Matty Stableford (leg) and Ethan O’Hanlon (concussion). Winger Kiedan Hartley, meanwhile, is suspended.

The Parksiders, who prevailed at Midlands Hurricanes last week, go into the match having, in the last couple of home fixtures, drawn with Oldham and been beaten, albeit highly controversially at the death, by Keighley Cougars.

`Killer’ said: “We are determined to get our home form back to where it should be after the last two home results. Performances at the South Leeds Stadium have been good but we need to be icing the games.”

He reflected: “Cornwall have a quality experienced coach and some players who are well experienced at this level – and, in Anthony Mullally, a Super League winner. They also have a few lads from Leeds on loan who will be determined to impress new Rhinos coach Rohan Smith, who I’m sure will be in attendance to watch them, given that Leeds are not featuring in the Challenge Cup this weekend.”

Kilshaw concluded: “We need to match their enthusiasm and make sure we adhere to our game model. Whichever 17 takes the field it will be very strong and will be prepared to compete on every play.”